It’s one step for tidal energy, one giant leap for renewables 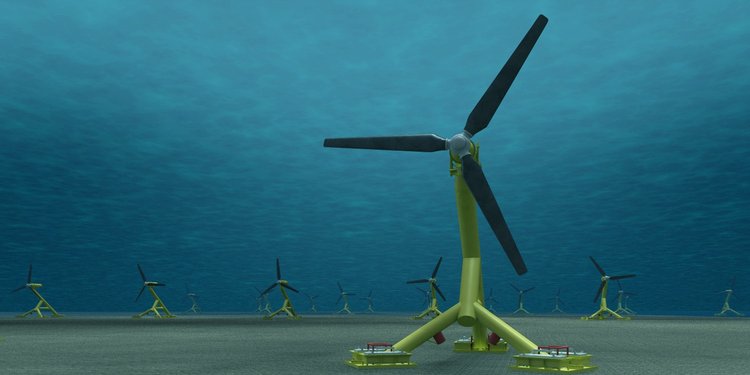 It’s not all doom and gloom in the renewable energy sector in the UK. Early this month the Isle of Man Government made a big step forward with regards to offshore tidal energy production for the Isle of Man and potentially the UK. It granted a survey licence to Manx Tidal Energy Company, allowing them to carry out preliminary work on the possibility of building a tidal array on the seabed by Point of Ayre.

The 7-year long deal hopes to assess how viable the seabed and currents are for tidal energy production. A small team has already concluded the first stage of a complex technical process successfully, which is hopeful for the eventual installation of tidal turbines.

Not only is this a strategy to boost the economy of the Isle of Man but also to help lower the UK’s carbon footprint, with Phil Gawne MHK, Infrastructure Minister saying, “The opportunities for the Isle of Man in renewable energies are significant.” If the turbines were successfully installed the project could be the largest tidal energy production site in the world. The UK also has another tidal energy landmark with the world’s first project at Swansea Bay Tidal Lagoon. This generates enough clean electricity for approximately 155,000 homes, and should last 120 years.

Tidal turbines would be anchored to the sea-bed and would make use of any currents that were reliably fast. Because of this any installation would need to undergo a full environmental impact assessment, as well as not disrupting the transport and fishery links that the island has. However, all costs involved in building and installing the turbines would be covered by the developers and not the Government, meaning the project wouldn’t cost the taxpayer. This is a step forward from the Swansea Bay Tidal Lagoon project which cost around £1 billion.

Andrew Roy, Chairman of Manx Tidal Energy added, “This significant and inspiring project has taken another important step forward”. It is indeed a very exciting time for renewable tidal energy.

Katie is A greener life, a greener world’s Editorial Assistant. You can read more about her here.

A tidal energy revolution is on the horizon in the UK

Tidal energy could save the UK economy £27 bn

A game changer for renewables

Tidal power is emerging in the background