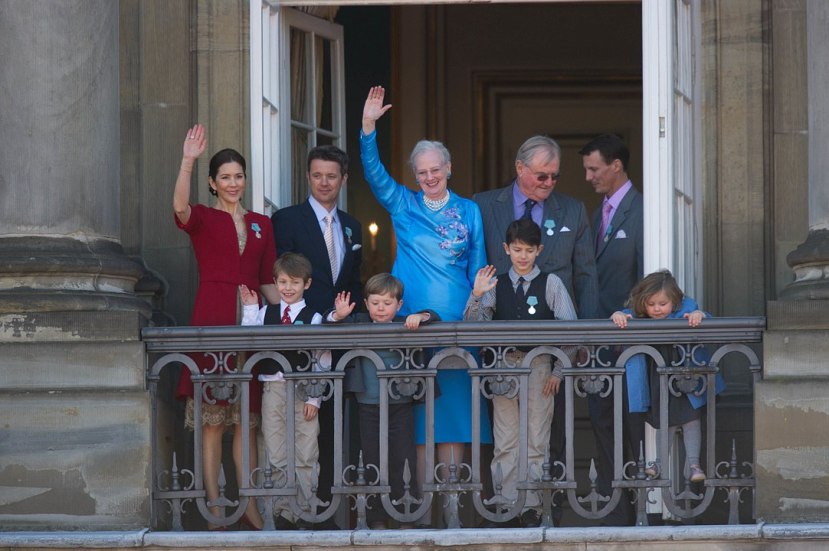 Queen Margrethe flanked by her family in 2010. Photo credit: Bill Ebbesen – via Wikimedia.

Denmark is often held up as one of the world’s leading countries when it comes to tackling climate change. In the Danish parliament, there is literally unanimous agreement that human-induced climate change is a fact.

Most politicians also in Denmark are focused on the threat of the COVID-19 outbreak. But Danish senior politicians must have choked on their breakfast when the Queen of Denmark, Margrethe II, in an interview Friday last week with the Danish newspaper Politiken said that she was not convinced that changes in the climate are caused by humans and that we should not panic about it.

The Danish Monarch said that humans do play a role in the changing climate but that she was not convinced that it is directly caused by humans. She said that the climate has always changed. She further said that she is not worried about any pending catastrophes due to climate change.

The Queen also said there was too much panic which was not the best way to tackle the issue. “That’s not a good idea,” the Queen said.

She explained that her views are based on her interest in history, and historically the climate has always changed.

These most recent remarks are in stark contrast to how she addressed the issue in her New Years speech just a few months ago. Then she remarked that young people were particularly worried about climate change and that we all have a duty to look after our beautiful shared planet Earth which is so full of life.

Many Danish politicians who have commented on the Queen’s remarks have distanced themselves from her views. And none more than Uffe Elbaek the former leader of the green party Alternativet. He said that it sounded like something Donald Trump would say. He was disappointed that she chose to make such a statement, which is not in line with science.

The interview was done in celebration of the Queen’s forthcoming 80-year-old birthday which is on the 16th of April.

The remark made by the Queen in the interview has also been rebuffed by Danish climate scientists, one of whom, Professor Sebastian Mernild said: “Humans are the main cause of the climate changes we are seeing, there is no doubt about that”.