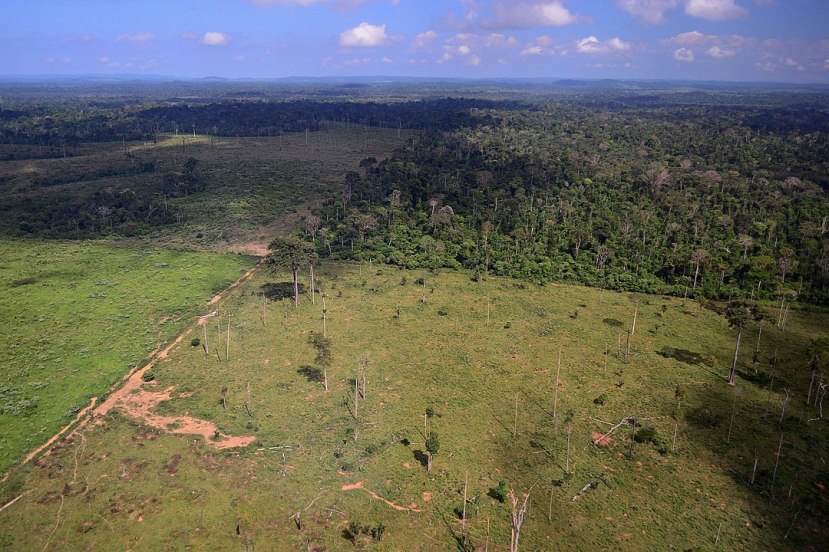 Photo credit: Ibama from Brasil – CC BY 2.0 via Wikimedia.

Preliminary government data has shown a clear trend, that under the leadership of the Brazilian president Jair Bolsonaro deforestation rates have now risen for the 14th consecutive month in the Brazilian Amazon.

What the numbers are saying

If this trajectory continues, Brazil is looking at deforestation of more than 15,000 square kilometres annually,  an area larger than the US state of Connecticut according to Ane Alencar,  science director at Brazil’s Amazon Environmental Research Institute (IPAM). That would be up from 10,129 square kilometres in 2019 and would be the highest level of deforestation since 2005 according to the official government data.

Mariana Napolitano, Head of Science at the World Wildlife Fund (WWF) worries that the situation  could spiral out of control: “The pressure is increasing”, she said.”The deforestation data by itself shows that we now have a very complicated situation that is out of control in the Amazon,” she added.

From Jan 1st to the 25th of June, both IPAM and US-based Woods Hole Research Center calculated that deforestation and the fires in the Brazilian Amazon released 115 million metric tons of CO2 – up 20% from the same period a year ago and equivalent to the emissions of 25 million cars.

President Bolsonaro frequently defends Brazil’s rights to cut down its rainforest and insists that Brazil has been much better at keeping its forest cover compared to other countries.

Environmental advocates have argued that Bolsonaro is enabling illegal loggers, ranchers and land speculators by weakening environmental enforcement and calling for more commercial mining and farming in the Amazon to grow the economy.

It does appear that Bolsonaro has caved into some global pressure by deploying the military to combat deforestation since May and has committed to banning fires in the Amazon region for 120 days.

Environmental groups are keen to highlight that a global response is needed and that demands for soy and palm oil in developed economies is a large contributing factor to deforestation levels.

Scientists believe that in order to halt climate change it is vital that the Amazon is preserved due to the vast amounts of greenhouse gasses it absorbs and stores.