Film review: Another year, another climate movie – and why not 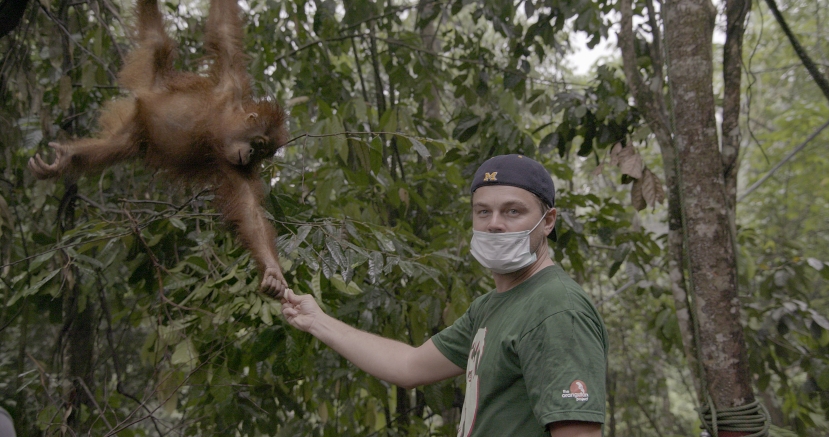 Those of us who have been fighting the good fight against climate change for some time could be forgiven for rolling our eyes at the announcement of a new ‘time to act’ climate movie by a Hollywood superstar. However, we’d do well to swallow our cynicism, as there is no question that films like An Inconvenient Truth and the Age of Stupid have had a profound impact on public awareness on the issues we care about – they should be recognised as the invaluable mass audience ‘issue marketing tools’ they are.

Before the Flood is a perfectly good addition to this expanding genre and the film will unquestionably draw in new millennial audiences via the articulate and personal narrative of Leonardo DiCaprio‘s journey with this cause. Whilst there’s nothing visually new and we see the obligatory melting icecaps, palm oil monoculture plantations, extreme weather events and sinking cities, what is new is the understanding that climate change impacts have very much ARRIVED and are already being contended with in the developed and the developing world alike; they are no longer looming on the horizon as an apocalyptic abstract presence.

Leo is honest about the fact that as an international actor his lifestyle has a larger footprint than most, but he does not let that detract from his need to tell this story as authentically as possible. His UN speech at the New York ceremony for the ratification of the Paris Climate Agreement is particularly strong and will probably stand the test of time as one of the great climate appeal speeches of recent times.

Considering the film is free to watch on Nat Geo until 6th November, it’s certainly worth 90mins of your time. At the very least you’ll be reminded of your motivations for caring about the issue of climate change and at the most you may even learn something new.

Kirstie Wielandt is a writer for and strategic adviser to A greener life, a greener world and works full time for Greenpeace International.