The renowned British economist discusses the importance of investing in the environment and social cohesion. 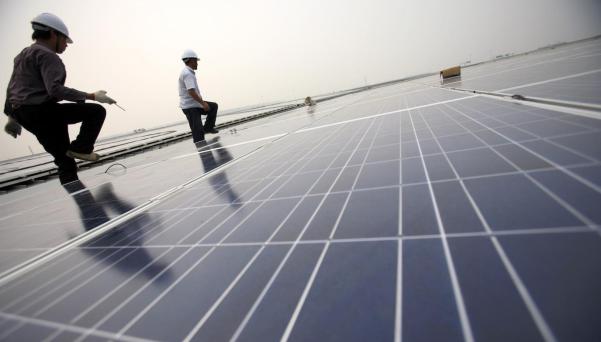 In 2016, Nicholas Stern, former chief economist of the World Bank, published a paper together with other researchers arguing that China’s coal consumption had peaked around 2014 and that the use of coal and the country’s economic growth had essentially “decoupled”.

But in 2018 coal consumption increased for a second consecutive year, creating doubts about whether hard-won environmental gains will be preserved and if China can deliver on its commitment to peak carbon emissions by 2030.

At the 2019 China Development Forum in Beijing, I had the opportunity to talk with Lord Stern on China’s emissions trajectory and the future of sustainable development in China.

Nicholas Stern (NS): China’s emissions have been more or less on a plateau since 2015. Last year saw an upward “bump”. The structure of China’s economy has been changing towards more services and high-skilled industries, new technologies in electric power generation, transport, and managing energy and cities.

I certainly hope that this is a plateau with some bumps, rather than a quiet period before another rise. The latter scenario would be very difficult for the world and not good for China. The uptick in 2017 and 2018 is partly because of coal use, to some extent with the Chinese government’s support. But accelerating growth by using coal would be a bad idea. It is much better for China to invest in twenty-first-century than nineteenth-century technologies.

FH: Do you think the economic slowdown will have an impact on China’s emissions control efforts?

NS: At times of low growth, policymakers have to ask themselves what kind of investment could increase economic outputs. China is good at investing in technologies of the future and that is the way to go.

For example, low-carbon public transport is very good at keeping cars off the road. Ten to 15 years ago the artificial intelligence and digital technologies needed to manage a public transport system did not exist. Now we need clear policies to encourage those kinds of new investments in the future. I see the falter in growth as a sign of that.

FH: Can you elaborate on the idea of “investment in the future”? What should societies invest in now beyond technologies?

NS: We usually think of four types of capital: human, physical, natural and social. If you look at the history of planning in the world, it used to be all about physical capital. And then we began to be much clearer about the importance of human capital, namely health and education.

Now we see that the inability to invest in natural capital (forests, water, air and oceans) is causing us problems. According to the European Heart Journal, air pollution kills 60,000 a year in the UK and 9 million a year around the globe. We are killing people by neglecting our natural capital, on a very large scale.

In the rich world, the lack of attention to social capital has cost us a lot of our social cohesion, our mutual trust and our mutual support. In northern England, we’ve seen whole towns and cities become depressed. In the US, the equivalent area is known as the Rust Belt, and much of it has suffered from Detroit Syndrome.

The good thing is we now appreciate the idea of natural capital and social capital much more than before. We can see the difference between the millennium development goals and the sustainable developing goals (SDGs). The millennium goals, which were created around 2000, focused mostly on poverty alleviation, health and education, but had little mention of the environment. Now with the SDGs, you see sustainability everywhere. The concept of ecological civilization and the “war against pollution” make it very clear that investing in natural capital is a priority in China.

And the importance of social cohesion, which is also mentioned in the SDGs, is also coming to the fore.

FH: You mentioned the loss of social cohesion in northern England. China may face similar problems when phasing out coal, which affects predominantly low-income workers and rural residents. What can China learn from the UK’s experience?

NS: Managing this kind of change requires investment in skills, in financing local entrepreneurship, so that people can do something else.

In the UK, many of those northern industrial towns and cities have good universities. They can help with social mobility. Simply relocating people is complicated. They have houses and obligations. So it is not about helping them buy train tickets. It is about helping them change their lives.

Social safety nets are important too, but I prefer to begin with enhancing opportunities. That is something we have to do with direct, positive public policy and actions.

On the whole, the UK does not have a bad record on cutting emissions. Since the 1990s the British economy has expanded by 60-65% while cutting carbon emissions by 40%. A lot of that has resulted from moving away from coal.

We still have a long way to go. We are now discussing how to get to net zero by 2050. That objective has been explicitly stated by the government.

NS: I think China is roughly on an emissions plateau and it can and will go down during the 14th Five Year Plan period (2021-2025).

It would be very nice to have one sentence in the 14th Five Year Plan that says: “China plans to peak its emissions during this period.” Five years ago, China committed to peak its emissions before 2030, and soon after that, China’s emissions plateaued. A lot has changed since then. Technological advancement has been fast and a vision for the future has been articulated by the country’s leadership with a focus on high productivity, high-skilled industries and ecological civilization. I think now is the moment for more discussions as China works on the 14th Five Year Plan.

The second nice thing to see in the plan would be: “We will peak on the way to zero carbon.” If we want to stabilise global temperature, it has to be net zero. And the earlier we can do net zero, the lower the temperature at which we stabilise.

The world cannot go net zero unless China does. China may not want to say when, but to recognise that this is a law of physics is already a good step forward.

FH: Lately China’s coal-related investments overseas have drawn much attention. What’s your take on the perceived disconnection between China’s coal slashing efforts domestically and its support of coal power in other countries?

NS: Chinese industries are already moving up the value chain, depending more on skilled than simply low-cost labour. China has recognised the challenges of air pollution, water pollution and climate change, and is facing up to the challenges very strongly. So China has already chosen a different path.

The counterpart of China’s change is that there are still other parts of the value chain that need to be filled. We have seen many of those parts moving outside China to the Belt and Road countries, to Vietnam, Bangladesh and so on.

The average per capita income of Belt and Road countries is roughly half that of China, so if they grew exactly like China it would significantly increase global emissions. That would be impossible for the climate in terms of achieving the Paris goals. It is very important for these countries in the early stages of development to choose the sustainable path.

But the positive story is that those countries along the Belt and Road now have access to technologies that China did not have 20 years ago. Here is an enormous opportunity to grow differently and cleanly.

China has said that it is very interested in a “green Belt and Road”. But if you look at the investments, they are not so green yet. [China has invested in] many coal-fired power plants in Pakistan, and other places.

In those recipient countries, the discussion is about how to do things greener. China can contribute to that discussion by sharing its experiences and technologies, as it offers the financing. China could play a big part in helping with policy changes in countries along the Belt and Road.

The Western development model ended up with congested and polluted cities. Why go that road when it is cheaper, healthier and more attractive to go the other path? We couldn’t do it because the technology was not there, but those countries can.

I feel that there is a split between the ideas behind the Belt and Road Initiative and what has actually been financed under the initiative. It would be good if Belt and Road financing could get closer to the idea and to the great changes that are happening inside the country.

Feng Hao is a researcher at China Dialogue.