Analysis: As Australia experiences record-breaking wildfires, its leaders are stuck in the coal hole 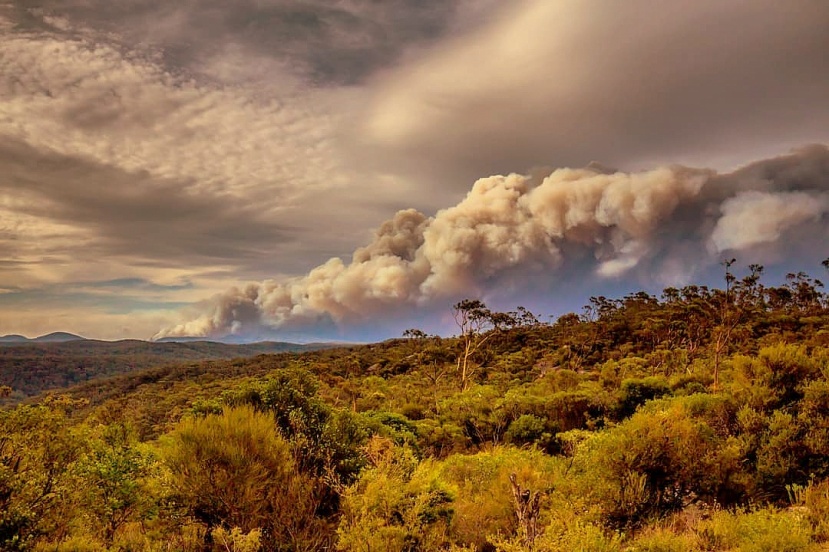 Australia has always been prone to wildfires or bushfires as they call it down under, and some bushfires are an annual event. But the fires that started burning in November last year intensified dangerously at the end of December. With forecasts predicting they could burn for another two months, the fires have grown into an extreme weather event of epic proportions.

It has opened up a debate in the developed world as to what runaway climate change could look like. Of course, in the developing economies, they frequently experience extreme weather  – we just don’t hear much about it in western focused news outlets.

This should not detract from how serious the Australian wildfires are. They have become so dangerous because a lot of isolated wildfires have spread and connected to create super fires. This is due to the extreme drought and hot temperatures. The fires are so extensive that smoke is visible in New Zealand; last week they were visible as far away as Antarctica and South America.

The damage and the impacts

The fires in Australia are predominantly in the south-east. They have burned more than 17 million acres so far. This makes it at least three times as big as the Amazon rainforest fires last year which resulted in a global outcry. The fires have killed 29 people so far and are estimated to have destroyed in the region of 6,000 buildings.

The fires have also been catastrophic to biodiversity and wildlife. It is estimated that one billion animals may have been killed, and tragically some species driven to extinction.

The NSW Rural Fire Service has declared it to be the worst bushfire season in memory.    In the territory of New South Wales, the local government declared a state of emergency in December, as record-breaking temperatures and prolonged drought exacerbated the fires.

Some scientists are warning that many of the trees burned won’t survive in today’s climate. They were already suffering heat stress and the impacts of drought. They argue that many of these areas will be converted from bush to grassland.

The climate impact will be huge. The carbon stored in the trees and bushes and topsoil has been emitted during the burning process.  So now there are fewer trees to re-absorb the carbon, and less will be absorbed in the future.

The economic implications will be huge and it is still too early to speculate just how big the bill will be.

Australia’s Prime Minister Scott Morrison, who once brought a lump of coal into parliament to demonstrate how important coal has been to the country, has faced widespread criticism for how he has dealt with this crisis.  When the fires were at their worst he chose to go on holiday to Hawaii. The climate-denying Australian government has been reluctant to acknowledge the link to climate change, though Morrison recently has been forced to admit that there is a link.

However, the government will not go as far as to scale back their coal development plans, which soon will see Australia as the world`s largest coal exporter.  For years campaigners have warned that Australia’s coal expansion is sending the world on a pathway towards climate catastrophe. But despite these facts and recent events, the current Australian government have refused to acknowledge climate change and humanity`s influence on it, and the electorate continues to vote for them. The British controversial TV host and provocateur Piers Morgan hardly an environmentalist, recently embarrassed a climate-denying Australian MP for refusing to accept the reality of climate change and told him to wake up.

How have news outlets responded?

Conservative Australian politicians have been trying to deflect from the climate link by saying arsonists started these fires. This same message is also being put out by the various news networks owned by the media mogul, Rupert Murdoch, who owns the majority of Australia’s news networks. Murdoch-owned news outlets have frequently been linked with supporting climate denialism. Not only in Australia but also in UK and USA the Murdoch tabloids, like The Sun and the cable network Fox News, frequently put out misleading stories aimed to sew doubts about the reality of climate change.

But the narrative from independent outlets such as Sydney Morning Herald (SMH) tells a different story, linking the extreme weather disaster strongly to climate change. Outside Australia, the media coverage has also been similar to that of SMH rather than the Murdoch narrative.

While this has received world attention, the author David Wallace-Wells has warned we have to be very careful not to normalise disasters like this. His worry is that people will see these events as the new normal.

The science is clear and scary

But the science is clear that this is climate change being played out. The renowned climate scientist, Michael Mann, posted this powerful article, an account of his experience as he happened to be on holiday in Australia during the wildfires.

Many scientists have also warned that what we have just experienced could be a tipping point. The surge of large, destructive forest fires from the Arctic to the tropics in the last few years has significantly even shocked those researchers who focus on forests and fires, and who have warned of such tipping points for years. The climate scientist, Ed Hawkings, tweeted ‘Australia, you have just experienced the future’.

Australia: you have just experienced the future. pic.twitter.com/5H0ab4tMzJ

In the coming months, the fires could either intensify or die down, but the short-term weather forecast does not look promising. There will be increasing pressure on Morrison at home and abroad to do more to tackle climate change. There will also be increasing pressure on Australia to pull out of building the world’s biggest coal mine constructed by the Indian mining giant Adani.