Opinion: Now is the time to lock-in corona-era temporary initiatives as permanent policies 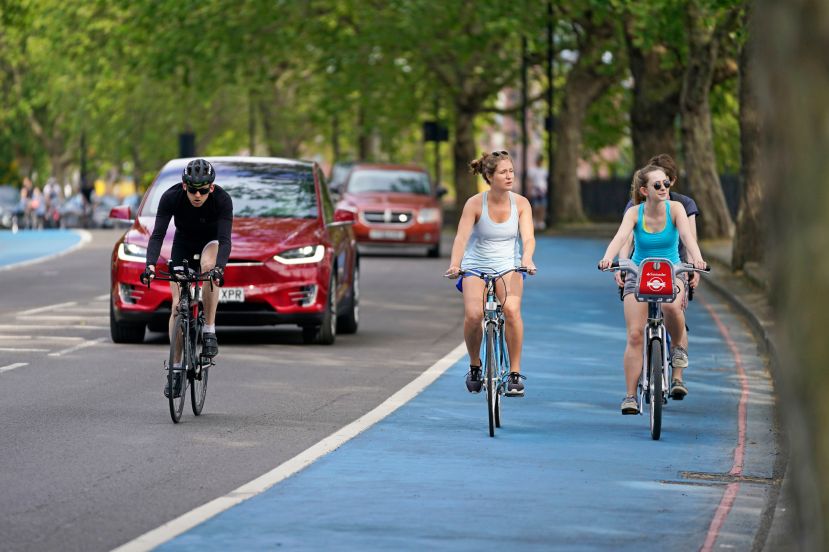 If you live in London as I do, and you dream about a world that is not dominated by cars, however tragic and devastating the COVID-19 outbreak has been, you would be forgiven for not welcoming some of the outcomes of the outbreak.

As the lockdown imposed by many countries around the world spread and people were confined to their homes, traffic dropped significantly, as did emissions from cars and from air pollution particles. People have had more space to walk, cycle and run, pavements have been temporarily widened. And even temporary cycle lanes labelled as pop-up bike lanes have appeared with more being planned.

But why only temporary?

Now is the time to lock-in permanent infrastructure and new policies so the changes cannot just be removed once traffic starts picking up. And city-planners need to act fast as cities like London are rapidly getting congested again as, on the 10th July, more travel restrictions were eased and, no doubt, with more ahead.

Naysayers would argue that restricting car-usage will strangle the economy. But the reality is that our cities should move away from their car-cultures, and should attempt to emulate the likes of Paris, Amsterdam, Barcelona, Copenhagen and so on, this will be a win for our cities and its citizens.

Cities should be for all its citizens

As we come out of the COVID-19 lockdown now is the perfect time to start redesigning cities so they benefit all their citizens by moving away from a high-carbon system of transport, which means also they start to take seriously the climate crisis.

The best time to do it this is when traffic is already reduced. Such a policy will not strangle the economy of cities like London, which will just go on adapting to the changes and create new business opportunities.  It will create a different economy, but a better one.

As restaurants, cafes and pubs open up but with less capacity due to new social distancing rules you can create more outside space by widening pavements; and create more pedestrianized streets, and thus support such businesses. This would also move further towards creating a culture where you don’t drive but walk and cycle to such destinations. Here we should note that the majority of UK city car journeys are for less than five miles.

The permanently widened pavements and the creation of bike lanes are a good beginning. But we ought to be more ambitious and think about creating an orchestrated network of roads that are no-go zones for private cars and are only used for public transport and delivery lorries. Taking London as an example, there is just no way that private cars should be used for commuting within the city. And we should aim to arrive at a scenario where at least central London is free of private cars. And, of course, followed by the creation of more greenery and tree-planting in cities.

Just imagine what you can do with that space and the low-carbon economic opportunities this would bring.

The UK government has proudly declared that they support a greener recovery, and has latched on to the Build Back Better movement.  But at the same time in order to, as they say, stimulate the economy, they have just pledged 27 billion to road infrastructure. Building back better does not mean building a lot of new roads, it means rethinking how our economy is wired together. It means finding low-carbon ways to give people more space to socialise, exercise, walk, more nature and more family-friendly neighbourhoods. It for sure does not mean strengthening our car-culture.

No one has said it would be easy.  The easy way is to revert back to the old ways, but what we need to do is visualise our cities of the future, and put our best minds to redesigning them to allow far fewer cars, fewer roads, more greenery, more space for walking, socialising and exercising.

Now is the moment.