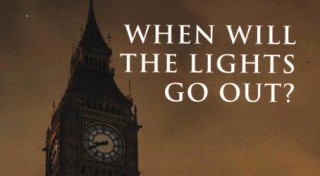 By Matt Mellen
Politicians and heads of energy corporations present “the lights going out” as a potentially cataclysmic future scenario and as motivation for fracking the English countryside. Underlying this is the implicit assumption that in order to live good lives we should use the same level of, if not more, energy.
Running counter to the more-is-better mythology of a continuous growth economy is the actual real-world evidence around us: most of the systemic economic, social and environmental problems of our time are in fact to do with surpluses, inefficiencies and hoarding – not scarcity. 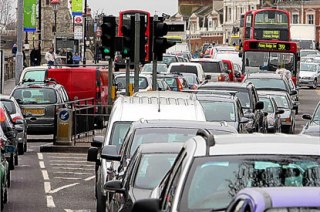 Cities are congested, polluted and dangerous because energy has been cheap and widely misused. Giant tentacles of private cars crawl in and out every day wasting both energy and space that could otherwise be put to better use as urban farms, community energy resources or simply as recreational parks for kids to play in.

Public transport moves far more people on far less fuel. Human-powered transport does the same whilst also saving the NHS billions (from treating the obese) and contributing to friendlier neighborhoods by encouraging lifestyles in which we do more locally.

Outside of cities, rural communities are in spiraling decline – houses are empty and shops are shutting. Out in the fields, lonely farmers spend days crisscrossing fields, spraying fossil-fuel-based herbicide and fertilizer onto barren land, much of which will leach into river and sea creating eutrophic dead zones. 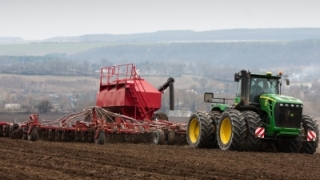 Using less energy is presented as the end of civilization, but think it through: rural life was far more appealing before fossil-energy-intensive agribusiness took over temporarily replacing the need for people, biodiversity and the skillful application of farm craft.
If we were to implement a phased energy reduction in agriculture we would achieve a stunning array of economic, social and environmental goals. By using less fossil fuel (directly in tractors and indirectly via petrochemical inputs), we could reverse a decade-long trend and start to increase the labor intensity of working the land. This translates into more jobs and resurgent rural economies. 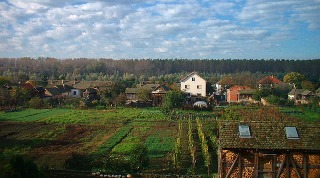 Farms could once again be vibrant places, surrounded by busy communities, in which skilled laborers work the land and spend their money in local markets, pubs and post-offices.

If we divert the fuel we currently burn in the vast abhorrent container vessels that ferry products manufactured in Asia by workers pushed to the limits of human tolerance we might even find (dare yourself to go there) craftspeople making things once again in the English countryside.
At the moment we flush nearly all the nutrients from our crap out to sea, a ludicrous and gratuitous waste. There are new (and ancient) technologies that allow us to give this back to the crops either via composting or, as in the case of Loowatt– also whilst creating energy.
Next up are homes. Why would we risk our fresh water supply – and even geological stability – by powering them with fracking before we have made the existing housing stock as energy efficient as possible? If there is a leak in your bathtub the solution isn’t to turn another tap on – you fix the leak!

Winter will soon be with us and as people turn their heating on boilers will draw on pipes that stretch back to North Sea gas fields and the Russian ones too. A large proportion of the heat released from burning this gas will pass immediately out of the windows, lofts and walls. We don’t need to dig up more gas and pump it faster when we can simply use much less gas.
Living in highly efficient homes is pleasant. Companies likeParity Projects show how making the existing housing stock perform better offers huge potential for creating jobs and driving local economies. Whilst this newly trained workforce is adding insulation and lagging, they can check for south facing roofs and install solar panels and ground source heat pumps. Many homes can start generating their own energy too.

This government’s support for fracking is a clear signal of the kind of world they want us to live in; a world in which we remain bound by increasing monthly bills to the energy mega corps that sponsor politicians.
We escape the servitude of the circle-jerk by shifting to self-reliance. Getting there requires not be scared by bogie stories about the lights going off. There are a million ways to keep them on.
I would rather live happily and healthily using less energy, than be bullied into accepting a world in which nature is increasingly violated so that the majority of humans can live stupid, wasteful lives that continue to line the pockets of the fossil energy elite. People like Bush, Putin, Blair and Osborne.
This was originally posted on http://www.ecohustler.co.uk/
More from Matt:
Evolving energy
Related news:
Clean energy to keep the lights on and reduce bills
Renewsable: Budget announcements for a bygone era, but we’re looking to the future
Analysis: world’s most generous shale gas incentives announced in the UK
Sign up to our weekly newsletter.