Opinion: Nuclear should play a role in fighting climate change and air pollution

By agreenerlifeagreenerworld on January 9, 2016 • ( 1 Comment )
By Dr James Hansen
I returned Christmas Eve from a workshop[a] in Wanning, China and talks at Peking University and Tsinghua University. The workshop was conceived after a trip to China last year (cf. Sleepless in Ningbo) to attend the Symposium on a New Type of Major Power Relationship at invitation of the Kissinger Institute on China and the United States. That symposium included trips to solar and windmill factories, but nuclear power seemed to be taken off the table despite the implausibility of phasing out coal use in China and India without the help of nuclear power. Thus I contacted nuclear energy experts Richard Lester (MIT) and Per Peterson (University of California at Berkeley) and my Chinese friends and fellow climate scientists, Junji Cao and Yunfeng Luo, with the aim of asking what role nuclear power might play in addressing air pollution and climate change. Junji was a marvellous workshop host, enlisting nuclear scientist Hongji Xu as a co-organizer. We will prepare a report with recommendations in the near future.
China’s leaders have done a remarkable job in raising more people out of poverty than any case in Earth’s history. Yet that progress is now threatened by the twin scourges of air pollution and climate change. Two of the days I was in Beijing were “red alert” days, with air pollution so bad that school was cancelled. Unlike my experience in Ningbo, I avoided an asthma attack with the help of a good face mask – any sleeplessness was only the result of an 11-hour time zone shift.
A crucial requirement for cleaning up the air and environment is abundant affordable electric power for all citizens, allowing replacement of many polluting activities. Chart 1 here is Chart 44 of my Tsinghua University presentation, which is available at Beijing Charts. On the way to China, I took part in a ‘Scientific Reticence’ session at the American Geophysical Union meeting. 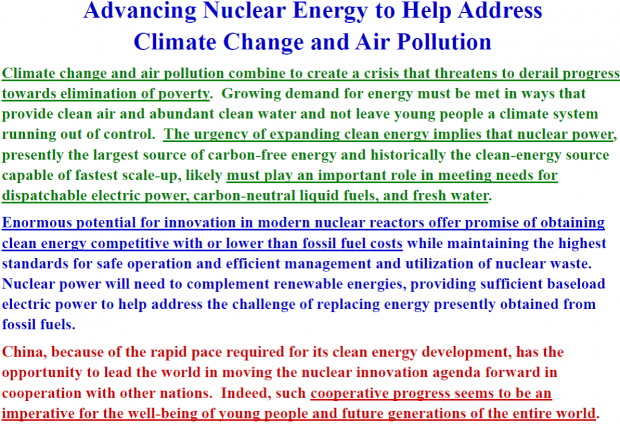 Chart 1. Introductory statement at Wanning workshop (cf. Beijing Charts).
Several blatant falsehoods about nuclear power were repeated in that session, including claims that (1) nuclear power has a large carbon footprint (it is actually as low as that of renewables, and it is even lower with advanced generation nuclear power), (2) nuclear power is a slow way to decarbonize (in fact all of the fastest decarbonizations in history occurred via nuclear power), (3) nuclear power gets inordinate subsidies (in fact renewable subsidies dwarf nuclear subsidies).
However, it is wrong to pit renewables against nuclear power. We need all hands on deck. Carbon-fee-and-dividend provides a way to avoid contentious discussion and allow competition. It is unfortunate for young people in the United States that the economic benefits of advanced generation nuclear will likely accrue elsewhere, given government policies seemingly designed to kill nuclear power.[b] I have felt the sting of a gross asymmetry in the renewable/nuclear energy discussion, as proponents of a role for nuclear power support renewable energies, but proponents of renewables unleash a torrent of criticism of anyone advocating a role for nuclear power.[c]
I limit this discussion to a final point: all energy sources impact the environment. The effects of old generation nuclear power can be greatly reduced with new technology. The impacts of renewable energies may not be acceptable to all environmentalists. Chart 2, for example, shows the renewables proposed by Jacobson et al. (2015).[d]  Will each of the 50 states actually approve these installations? What about the new power lines crisscrossing the nation? Not included in this chart is the “water” portion of this proposed renewable power installation: it is equivalent to 50 Hoover dams, one for each state; although the proposition is to do this with a larger number of smaller dams, it is not clear that these dams would be welcomed by all environmentalists. 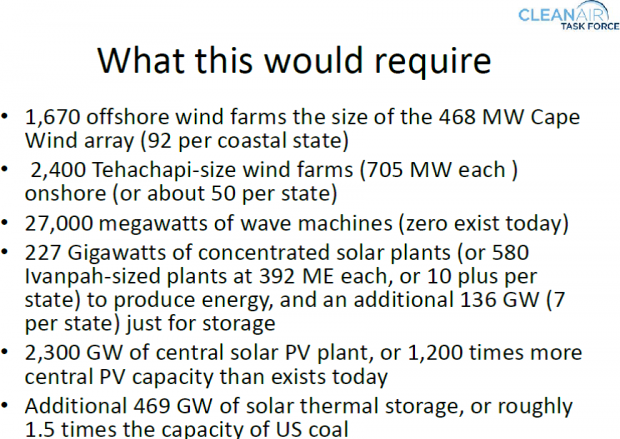 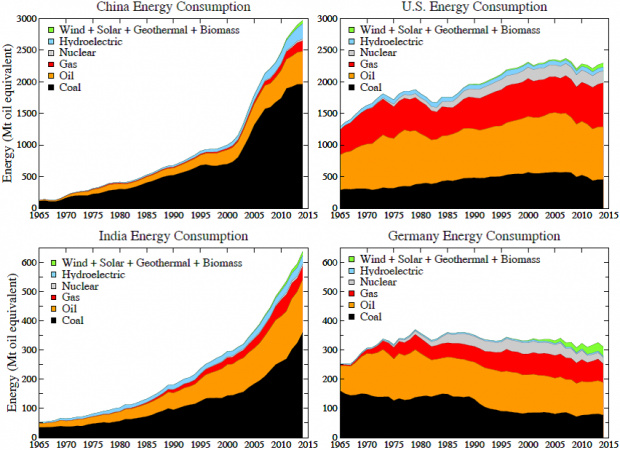 Fig. 1. Energy consumption in China, United States, India and Germany (data from BP[1]).
I briefly note here a few topics that I will address one-by-one in future communications.
Paris
Shameless preplanned back-slapping accompanied a Paris climate accord that guaranteed nothing except continued high fossil fuel emissions. Low oil and gas prices afforded a golden opportunity to introduce a rising carbon fee, the only practical way to achieve honest pricing of fossil fuels. However, such a simple honest approach without any giveaways to special interests was dismissed as being too complex to be considered. Instead, continued low fossil fuel prices will spur construction of more fossil fuel infrastructure with the lock-in of high future emissions.
The major economic powers, including the United States, China and the European Union, need to define a feasible path to carbon-free energy. However, the U.S. is hamstrung by extremist political factions: the far right proclaiming that climate change is a hoax and extreme liberals asserting that we are on the verge of getting all energy from renewables. The European Union is under the thumb of Germany, which has dispatched Angela Merkel on a global crusade to sell a no-nuclear-power cap-and-trade scheme designed by and for Germany. Yet, despite world- leading engineering capabilities, a large balance-of-trade surplus, and a willingness to pay high electricity prices, Germany has made little progress in reducing fossil fuel emissions (Fig. 1).  [The reduction in coal use in the early 1990s was due to German unification with the closing of inefficient East German coal plants (earlier data being the sum for West and East Germany). The small decline in recent decades is due at least in part to export of manufacturing.]
China may be the best hope for the rapid progress needed to save the future of young people, given the U.S. and Europe situations, despite the fact that China is responsible for only 10% of cumulative fossil fuel emissions that cause climate change (U.S. and Europe are each responsible for >25%). On a per capita basis the gap is even larger (see Fig. 2 in my prior Communication). 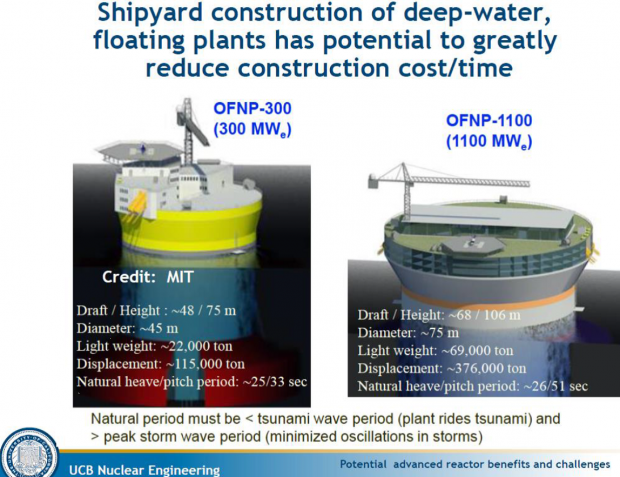 Chart 3. Schematic of shipyard-constructed nuclear power plants, P. Peterson.
Wanning workshop
Concepts for “disruptive” technologies, potentially providing abundant continuous electric power as cheap or cheaper than coal, and safer, are given in Charts 3 and 4. Such innovations are likely to be developed in China because of its urgent need for clean energy, but once implications are clear there may be pressure to fix barriers that hinder nuclear power development in the West.
Near-Term Publications
Two substantial papers that occupied us most of the year are in final stages of journal review/revision. They address the issues that I believe are the most important ones determining “dangerous” climate change. The essence of the paper on ice melt/sea level was published in the “discussion” version of the paper, but the revised paper is reorganised and easier to read. I hope to be able to make both of these papers available within several weeks.
Legal Actions. As noted in earlier Communications we are involved in several legal cases whose overall purpose is to use the judicial branch of our government, which should be less subject to influence of the fossil fuel industry, as a means to move the executive and legislative branches to action on climate change. Courts were essential for securing civil rights. 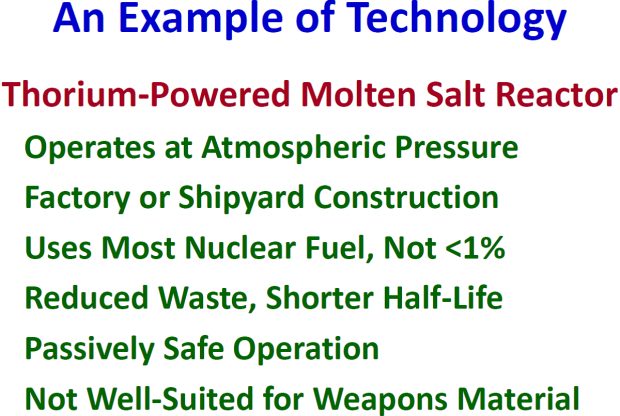 Chart 4. An example of a nuclear technology that is ripe for development.
The most important case is the one against the federal government, for which I submitted my testimony several months ago. The presentation of the case is now firmly based on fundamental rights guaranteed by the Constitution for “equal protection of the law” and “due process”. The case has the potential to provide a historic turning point in the fight for justice for young people.
The last word
I give the last word to my oldest grandson, Connor. Three years ago, as an 8-year old, unbeknownst to me, he was in the back row of an audience listening to my talk on human-caused climate change. At the end, when Anniek noticed tears running down his cheeks, she ran to him and said “Don’t worry, Connor, adults are working on the problem.  They will solve it.”
Sometimes it is not so easy to fool young people. Connor’s recent thoughts (Chart 5), as an 11-year old, do a remarkably good job of capturing the crucial “delayed response” aspect of climate change.  And he seems to understand the bottom line. 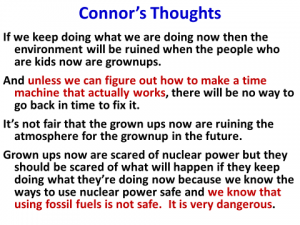 Chart 5. Thoughts of the 11-year-old grandson on climate change and energy.
References:
[a] Workshop on Advanced Nuclear Energy to Address Climate Change and Air Pollution, December 17-20, 2015.
[b] One example of many, “renewable portfolio standards” rather than “carbon-free-portfolio standards” – but it would be better to have neither, instead, letting a rising carbon fee and the free market guide utility decisions.
[c] The torrent is led by ‘Big Green” environmental organisations, but as with climate change “deniers,” there is a large unpaid well-meaning but not very well-informed public that descends, discouraging objective analysis.
[d] Jacobson, M.Z., Delucchi, M.A. et al.: 100% clean and renewable wind, water, and sunlight (WWS) all-sector energy roadmaps for the 50 United States, Energy Environ. Sci., 8, 2093-2117, 2015.
[1]  Additional graphs, for CO2 emissions, are available at http://www.columbia.edu/~mhs119/CO2Emissions/ with longer periods covered using data of Boden et al. (Oak Ridge National Laboratory) with British Petroleum data concatenated for recent years.
First published in Climate Science, Awareness and Solutions and has been republished with permission.
James Hansen is the former director of the NASA Goddard Institute for Space Studies and is now an adjunct professor at the Columbia University Earth Institute, USA.