By agreenerlifeagreenerworld on June 3, 2016 • ( 2 Comments )
By Matt Finch
Oil’s back in the news again (for some it never left), although most of us probably missed the fact that OPEC met with Russia in Doha last month and didn’t agree on anything.
Unfortunately, this stuff’s important, though. Whether it bores or excites you, there’s no denying that the worldwide price of oil has important and huge economic impacts. Oil is absolutely essential in our global economy. If it were to suddenly disappear, we wouldn’t be able to drive or fly (no holidays!), and goods would have to be made where they are used if indeed they could be made at all.
So a lot of people care what happens to oil – wars have been fought to make sure it’s available, and its price is scrutinised everywhere. Just eight years ago, the price was $145 a barrel. Now it’s hovering around $45.

In the past few weeks, esteemed energy expert Gerard Reid laid out good reasons why it may rise sharply next year. Fully compatible with Gerard’s analysis is a European Climate Foundation-commissioned report theorising that the price in 2050 will be a full third lower than it would have been without the Paris Agreement, but will still rise to over $80 a barrel by 2025. They acknowledge there will be Gerard Reid-esque peaks and troughs along the way. They believe the price will then stay above $80 till 2050, with the world using roughly the same amount of oil as it does now.
This is backed up by at least one energy analyst, Neil Beveridge of Bernstein Research. He predicts that changes in demand – again due to policy changes driven by the Paris Agreement – mean we will start reducing our overall demand for oil around 2030. However, Neil suggests that demand will quickly decrease after this date, until oil becomes, well, a bit irrelevant. And all things being equal, reduced demand will reduce the price.
But to counter this, Oxford economist Dieter Helm has recently released another very plausible paper that suggests the oil price could remain at roughly the level it is now, as Iran and Iraq could dramatically increase their (and therefore the world’s) supply, and new technologies, partly prompted by the Paris Agreement, will reduce demand. More supply and less demand equals lower prices. The oil leaders themselves seem to back up Dieter’s analysis, recently playing down the suggestion that the price will rise much in the near future. 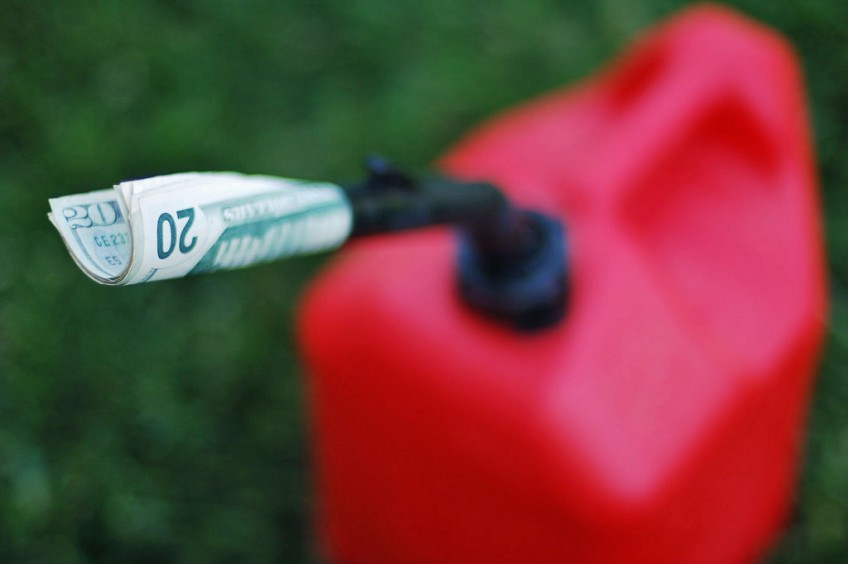 Image: Mike Bitzenhofer, Creative Commons license
If (or should we say when?) world demand for oil falls to, say, 65 million barrels per day (BPD – it is about 90 million at the moment), and five or six countries can produce at least 65m barrels between them, and they’re in competition with each other (ie not all OPEC) and their marginal cost of production is $10, the price will be $10.
Just recently, Saudi Arabia and Russia were boasting that they could ramp up production quite quickly. The US went from producing 3m BPD to about 13m in 10 years.
So there you have it – a plausible scenario where the medium term price is very low, as long as demand has somehow been sufficiently reduced. Think $10 is unrealistic? The oil price was as little as $9 as recently as the turn of the century. Think the slump in demand is unrealistic? Well, don’t forget the Paris Agreement means we’re signed up to being the cause of slumping demand.
But then, as I noted above, other analysts have equally justifiable reasons why the price is likely to stay high…

Predicting the oil price is something lots of serious institutions do, but few get right. The Office of Budget Responsibility predicted in March 2013 that the price per barrel would be just over $101 in March 2015. In March 2014 they edged higher, predicting a price of $102. It came in at $62 (full OBR report and data available here). You’d think they would have learnt, but in November 2015 they predicted the average Q1 2016 price to be $51. It came in at $32.
But maybe it’s just the OBR who gets things wrong? Nope. The semi-equivalent body in the US, the Energy Information Administration, predicted in 2014 that the (Brent) oil price would average $59 in 2015 and $75 in 2016. Those figures came in at $52 in 2015 (not bad, EIA!), but so far average $33 in 2016 (oops! Miles out).
Now this does beg the question of how any finance ministry – but I’m especially thinking of you here, George Osborne – can make sensible plans based on such an unpredictable price, especially when it seems the price is only really determined by who’s currently winning the OPEC v US shale arm wrestle currently going on, and whether China’s appetite for commodities is waxing or waning. Even the very top-level question of whether the North Sea will make money or lose money for the UK over the next decade isn’t currently answerable.

Fact is, we only have educated guesses on where the oil price will end up. But you’ll have noticed the common thread above – we do know that the Paris agreement means that all countries have committed to weaning themselves off oil (and coal and, eventually, gas). This means that collectively there will be hundreds, if not thousands, of laws and regulations worldwide that will reduce the demand for oil. Indeed, President Obama has already started the Post-Paris-Purge, by proposing a $10 per barrel tax paid for by oil companies.
Any number of policy options will be used, but in the medium term in the UK expect (hope?) to see policies that boost the number of electric cars, provide better public transport, and increase the number and quality of cycle lanes (and my personal gripe – seriously – to all city councils: merely painting the side of a road blue does NOT make it a cycle lane. Fools!)
But the decarbonisation of transport isn’t confined to cars. We can also start expecting to see new innovations in air and sea travel. For instance, Bedford-based Hybrid Air Vehicles just raised over a million pounds in investment to continue developing their low-carbon aircraft. And it looks cool. Perhaps even more impressively, a solar powered plane, Solar Impulse, just flew across the Pacific ocean. We’re obviously a long way off yet, and the process will take decades, but the decarbonisation of air travel has begun. 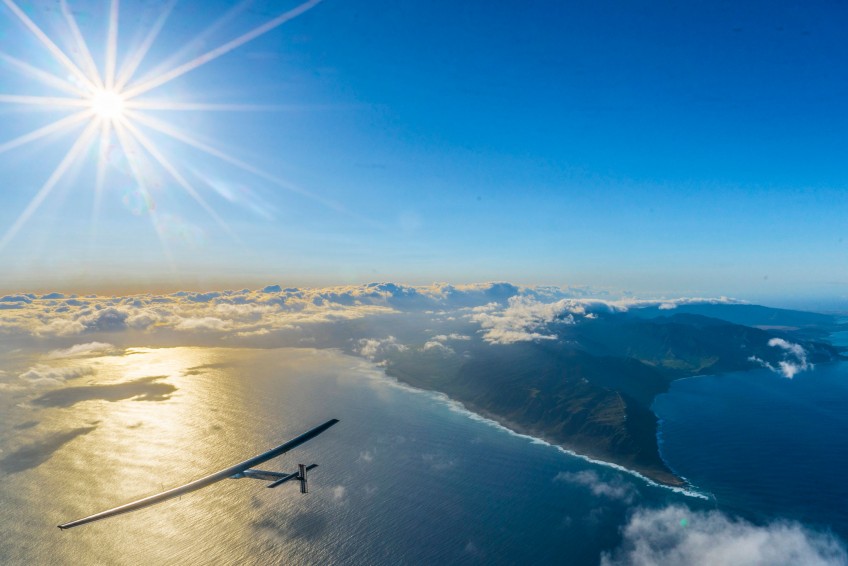 Solar Impulse flying over Hawaii. Image: Solar Impulse, Creative Commons license
So, it turns out that oil was in the news twice last month. Not only did OPEC meet Russia; far more importantly for the oil market, 170 nations met in New York to sign the Paris Agreement. They signalled that oil – at any price – is now a limited resource. Oil will power the world’s economy for at least the next couple of decades (and possibly longer), whatever the green brigade believe. But let’s not be under any illusion: The beginning of the end has started.
First published on Energy & Climate Intelligence Unit (ECIU)
Matt Finch spent a long time as a director of a mid-sized private sector business, but decided to jump feet first into the green world and is now an analyst at the ECIU. He has a particular interest in the interaction between business and climate change.