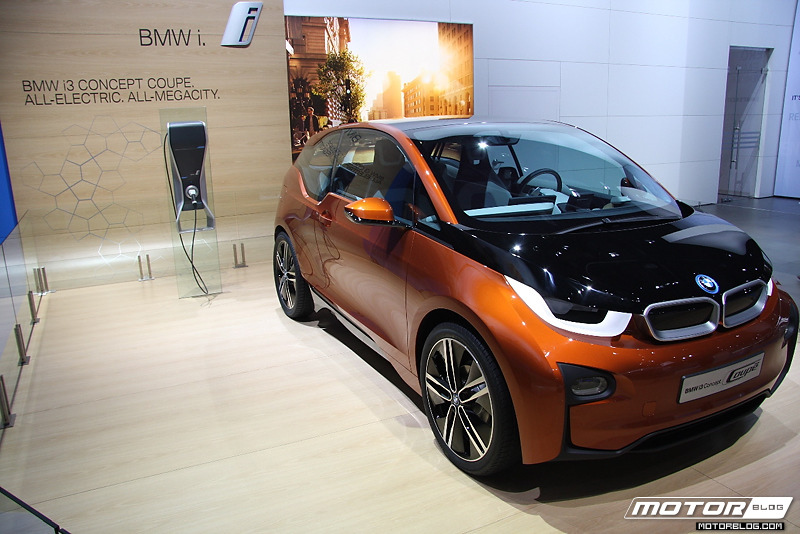 Electric Cars at NAIAS 2013, by MotorBlog on Flickr
New data has emerged showing that West London has the most eco-friendly motorists in the UK.
The team at carwow, a site for new car buyers, analysed purchases made on carwow over the last three years showing a growing trend of electric and hybrid car purchases.
This comes after the Society of Motor Manufacturers and Traders released figures from the latest new car registrations which showed that across the UK, there has been an increase of 12.1% in the number of registered alternatively fuelled vehicles.
From all the data, it was revealed that in West London, 3.13% of all cars purchased were electric or hybrid, the highest percentage of sales in the UK.
The founder of carwow, James Hind has said, “ London is leading the way when it comes to electric and hybrid car purchases.”
The website also did an opinion poll on alternatively fuelled cars which came up with some expected but none-the-less interesting results.
79% of people said that the idea of an eco-friendly car appealed to them, with the main reason being because of cheaper running costs.However, 24% of people said that electric and hybrid cars were ‘ugly’. James Hind stated that people’s perceptions of these eco-friendly vehicles need to change because they aren’t at all accurate. Many alternatively-fuelled vehicles not only look fantastic but offer state of the art technology and are just as reliable as the next car.
As well as these opinions on electric and hybrid cars of the present, people have great expectations for the alternatively fuelled cars of the future; 14% of people believe that ‘solar powered cars’ would be on British roads within the next 5 years.
While these figures are good, it’s still a long way behind Japan which now has more electric vehicle charging stations than petrol pumps; 40 000 charge points compared to 35 000 petrol stations.
Many people are put off having an electric car in the UK because of the lack of charging points. You wouldn’t want to get stuck in the countryside, miles from anywhere let alone a charge point.
Nissan’s chief finance officer, Joseph G Peter, said that “An important element of the continued market growth is the development of the charging infrastructure.” This is backed up by the Institute of Motoring which suggested that there is a potential £51 billion worth of revenue which the UK government is missing out on by failing to recognise the potential of electric vehicles.
The Japan figures do include a large number of privately installed charge points, however, these figures are something for other countries to aim for and encourages   countries to improve their electric vehicle infrastructure. The CEO of General Motors said, “I believe the auto industry will change more in the next five to ten years than it has in the last 50.”
Related News
Analysis: What will the impact of the Paris Agreement on Climate Change be for the motor industry?
Report argues London should make the move towards being a Global Green City