Experts discuss the US withdrawal from the Paris Agreement – video 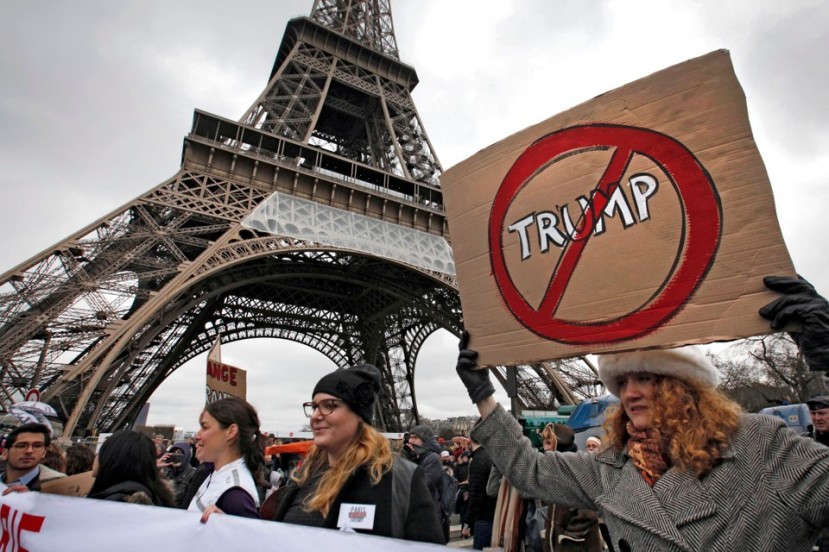 In an A greener life, a greener world Hangout discussion experts weigh in on Donald Trump’s decision to pull the US out of the Paris Agreement on climate change.

Here is a brief extract from the discussions, which you can watch in full below.

Ben Schreiber, Senior Political Strategist, Friends of the Earth US said he saw the move as just another piece of Donald Trump’s larger climate denial and attacks on the environment. “It is not shocking, but it just reiterates that the United States is going in the wrong direction under Donald Trump”, he said. He explained that their members and activists are engaging in pushing not only against Donald Trump but also trying to get action out of states in other areas to show that the US is committed to climate action.

Jean Su, Associate Conservation Director & Staff, Attorney Center for Biological Diversity, highlighted that the Trump administration outside the Paris Agreement would not be able to slow down the world’s response to climate change such as they have done inside the US through their anti-climate and very pro-fossil fuel agenda. She explained how they’re fighting back against the decision, stating: “on the one end, we’re trying to use the law and resist, while on the other end the fascinating part of all this, I think, is the rise of the subnational actors at this point. This is the first time that a governor (referring to the Governor of California Jerry Brown) has gone directly to the President of China. This is just a supreme new world order in a way”, she stated.

Clare Shakya, Director of IIED’s Climate Change Group, IIED, explained that the US abdicating their responsibility for global co-operation on climate change is really significant: “this is an incredible movement in many ways. “There’s a lot of opportunity by Trump withdrawing from Paris. We have seen other countries which we want to see more ambition from like China and India now stepping up, saying they will do more. There is a movement that has been inspired by his withdrawal”, she stated.

Chris Miller, Social Mission Activism Manger, Ben & Jerry’s, believes there’s both good and bad news to come from the president’s decision. He highlighted that the transition is already underway as the US energy industry is transitioning to natural gas and renewables due to market forces: “withdrawal from the Paris Climate agreement is not going to change that. The transition to a low-carbon economy is going to happen. The question is will it happen quick enough” Miller said. He stated that the US will only hurt itself and their economy: “The Paris Climate Agreement is not a job killer, climate change is”.

You can watch the full discussion here.