The UK government finally admits the future is electric 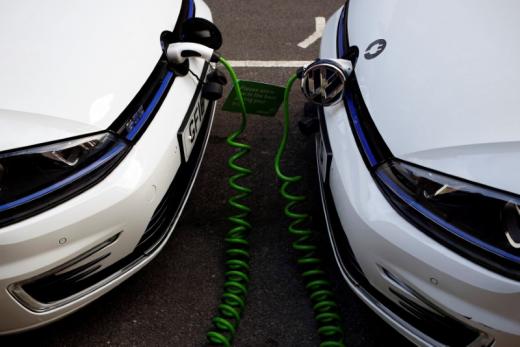 Last month the UK government moved to confront criticism that it is not doing enough to tackle air pollution and climate change, by banning the sales of cars fuelled by petrol and diesel by 2040. This follows France which also set the same timeline for banning such cars but is behind Norway where they will be banned from 2025.

By making this statement, the government hopes it has clarified that it takes the problem of air pollution seriously. However, many campaign groups are not convinced it represents any real ambition, as 2040 is far too late. They argue that the air pollution problem is on such a scale that action is needed now.

WWF’s Head of Climate and Energy, Gareth Redmond-King said: “Despite past leadership on tackling climate change, the UK is still lagging behind – India and Norway plan to ban petrol and diesel sales a decade earlier, the Netherlands by 2035. Whilst we welcome progress in linking the twin threats of climate change and air pollution, this plan doesn’t look to be going fast or far enough to tackle them.”

While Friends of the Earth offered a bit more of a cynical view, with air pollution campaigner Oliver Hayes voicing anger that they have not gone for clean air zones: “Ministers know as well as anyone that Clean Air Zones are essential to give us breathable air fast. Their reported omission from the plans is a scandalous response to a health crisis that leads to 40,000 premature deaths annually.”

It is believed that by 2040 the adoption of electric and hybrid vehicles will constitute a significant proportion of the market share of all vehicles. Therefore, it is a safe bet to promise that diesel and petrol cars will not be able to be sold in 23 years, which is decades away. Also, this is only a ban on the sale of petrol and diesel vehicles, so people will still be able to drive them in the UK. It is likely there will not be a market for petrol and diesel cars in 2040 anyway, as car companies are fast adopting electric and hybrid models. But it does give a clear signal to car manufacturers in the UK of which direction to travel.

At the same time, the government announced new rules which will make it easier for people to generate their own power with solar panels, store it in batteries and sell it to the National Grid. As part of the shake up, the government will also set up a “battery Institute” to fund firms seeking major breakthroughs in battery research and development. This indicates the government is gearing up for an electricity based transport sector and is also taking steps to advance battery technology. And by encouraging people to generate their own electricity to power their electric vehicles this avoids too much pressure on the grid.

But this still leaves a major headache of air pollution for the government, an issue it has yet to provide a clear solution to, at least in the short term.