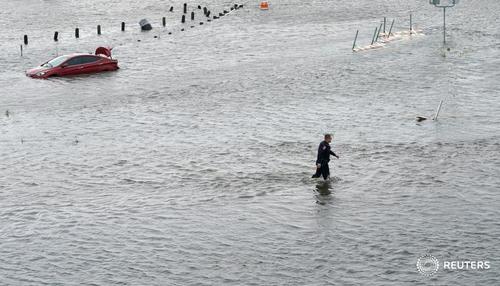 The Texan oil and gas industry is bracing itself as the strongest US Hurricane, Harvey, to hit the country since 2004 has brought unprecedented destruction with much energy infrastructure in the firing line.

The impact of Hurricane Harvey

As Hurricane Harvey made landfall on Friday evening, it had strengthened to a category 4 hurricane. But thankfully it has not claimed as many lives as one of the most devastating hurricanes in US history, Hurricane Katrina in 2005, which claimed over 1,200 lives. So far Harvey has only caused 25 fatalities (though it is expected to rise), but the full impact is not yet known and could be immense and costly. Harvey brought with it catastrophic flooding, which could prove to be historic as the water rose to epic proportions. The flooding was so severe that many residents were warned to go to their rooftops. Buildings and thousands of residents were evacuated.

Texas Governor, Greg Abbott, said at a press conference, that 3,000 national guard and state guard troops had been activated, and 500 vehicles and 14 aircraft put into service. He also said there were 250 highway closures around Texas. In some areas at least 50 inches of rain fell. It is estimated that between 340-370 billion gallons of water has fallen. It is also estimated and believed that the amount of flooding received in Houston is historic, meaning the city has never flooded as much before.

Fossil fuels in the firing line

Texas is the biggest oil and gas producer in the US, and there are worries that Harvey could have serious impacts on the oil and gas infrastructure, with Houston again at the heart of it. The capital of Texas is home to several large oil industry facilities which are vulnerable to flooding. On Sunday, Exxon Mobil, Petrobras and Shell said they were shutting refineries in the area, and Chevron Phillips said it was shutting its Cedar Bayou petrochemical complex. Such shutdowns could release pollutants and thereby emissions, and of course, if any of these facilities were to be severely damaged this could have serious pollution and health implications. There are also worries about many of the oil refineries located around the Gulf of Mexico. 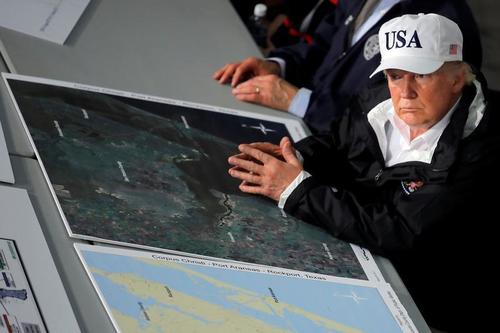 US President, Donald Trump, also faced criticism for his proposed severe budget cuts to FEMA (The Federal Emergency Management Agency). If those cuts were to go ahead it would be even more difficult to respond to disasters such as Hurricane Harvey.

Of course, with an administration which is very sceptical of climate change and has pledged to leave the Paris Agreement, climate change has not been officially connected to Hurricane Harvey. However, it is likely that the severity and intensity of the storm have climate change written all over it.

It will be weeks and months before the full scale of the damage and impact of Harvey will be fully known. But the fossil fuel industry which has contributed to the severity of these hurricanes, and which seems to grow in intensity as the planet warms, now finds itself very vulnerable to a problem many say it has contributed to. Many climate change and clean energy advocates will undoubtedly use Hurricane Harvey as yet another reason for the need to switch to a clean energy future as fast as possible.