Opinion: Hurricanes Harvey and Irma are two of many extreme weather events unfolding in the world 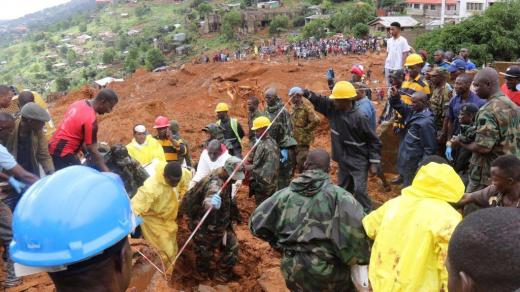 So far just under 200 people have lost their lives as a direct result of Hurricane Harvey and Irma’s devastation. Contrary to the portrayal from the vast majority of recent media output on extreme weather events, it is not the only catastrophic weather event happening at the same time.

The centre and left leaning British publication, the Guardian, a world leader in climate change reporting, did for several days run live blogs as Harvey first unfolded. These blogs continued throughout the run up to, and during, Irma, as the flooding intensified and the death tally rose.

The impacts of both hurricanes are tragic. They are of course significant. Though it is necessary to point out that the reporting and awareness of extreme weather events around the world are disproportionate. Disproportionately it is the poorest people of the world and the US that suffer as a consequence of these events, yet their stories are told far too sparingly.

The focus on Hurricane Harvey & Irma is indeed disproportionate compared to the relative spotlighting of events happening elsewhere in the world. While the West begins to feel the impacts of climate change on its weather systems, there is no comparison to how developing societies feel and respond to such events. Yet, if you were to search Google, many news organisations, or social media platforms, that is not the picture you would paint.

A landslide in Sierra Leone last month has so far taken at least 500 lives. While floods in South Asia have killed at least 1,200. Recent flooding in Nigeria has displaced at least 100,000, and I could continue. While they do, from time to time, get media coverage on some western media, it is never with the detail, or dedication of time, seen in the coverage of disasters within western nations themselves. It is almost as if we think it is less important that thousands may die from flooding in Bangladesh or from heat waves in Pakistan because that is what happens there on a very frequent basis.

A quick Google or Twitter search on flooding during Harvey or Irma would, 99% of the time, refer to these US bound tropical storms and not the flooding in South Asia. Even though both events were occurring almost simultaneously.

Of course, we need awareness of what is happening in Texas and Florida the areas of the US impacted by Hurricane Harvey and Irma, we need to empathize and cement the links between the increasing strength of these events with climate change. I wouldn’t see any injustice in a live blog tracking the impacts of Harvey and Irma, as long as we do the same when similar events strike elsewhere, indiscriminate of their geographical whereabouts on the planet.

If we do not adopt this approach it does nothing to bridge the gap, and discrepancies, between the, developed and the developing world at climate change negotiations. If we are to tackle the impacts of the climate crisis, we ought to all be on the same page.