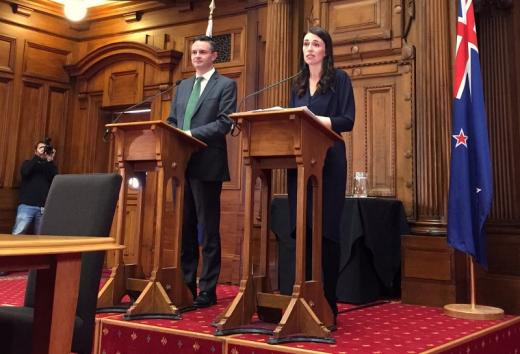 New Zealand, often in the shadow of big brother Australia, have been becoming increasingly progressive on issues surrounding climate change and the environment. And now, with the election of their youngest ever prime minister, 37-year-old Jacinda Ardern, it appears the nation famed (or pigeonholed) for sheep husbandry and The Lord of the Rings could become even more forward-looking.

It was, in fact, Bill English’s National Party who remained the largest party after the election, though at 56 MP’s he was short of the 61 MP’s required to form a majority government. Instead, it will be Arden’s Labour who, with 46 MP’s, will enter into a coalition government with the New Zealand first party. However at 55 MP’s the coalition is still left short, and will rely on a supply and demand agreement with the Green Party who have 8 MP’s.

The leader of the Labour Party has not wasted any time in pledging her ambition to tackle climate change. She said that tackling climate change will be one of her top priorities and confirmed that the new government will establish a climate change commission. They will also join a club of nations that have set themselves the most ambitious current climate change target of net zero emissions by 2050. Crucially Arden will also restore the country’s Emissions Trading Scheme to include the emissions from the agriculture sector – a move which is ardently opposed by New Zealand’s dairy farmers who argue it would cripple the industry.

Laying out her ambitions for the country, Arden has outlined her vision of New Zealand as: “A country where our environment is protected, where we look after the most vulnerable, where we support our families, where we make sure people have the most basic of needs, like a roof over their head.”

Meanwhile English and his National Party have warned that her government will face the toughest opposition party that the country has ever seen.

During the election campaign, Arden had been vocal on climate change calling it “my generation’s nuclear-free moment”.