The courgette crisis: unique event or window to the future? 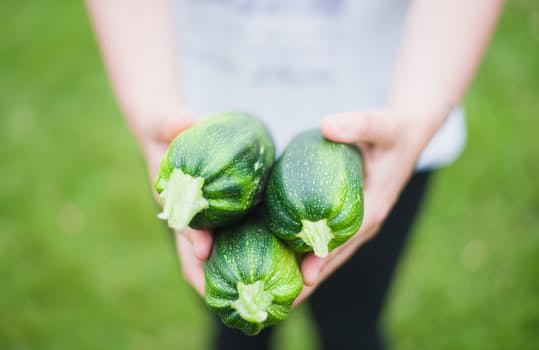 Headlines reminiscent of a nutrition sparse, wartime Britain may seem slightly sensational, and probably are. Yet the effects that changing weather patterns have on food production won’t just impact spiraliser sales and is not to be underestimated. The courgette crisis is the result of unusually severe weather events that have been hitting Spain since December, including flooding, frost and snow. Most of the UK’s provision of courgettes, aubergines, spinach and celery (amongst others) are sourced in Spain. Alternative exporters such as Italy, Greece and southern France were also hit by equally severe weather, reducing produce offerings in the whole continent at a time when post-holiday induced health kicks increase the demand for vegetables.

While consumers in the UK (and worldwide) are brought to their #cleaneating knees by shortages and increased prices, headlines in the new year confirmed that 2016 was the warmest year since records began in the 1880s – the third year in a row to do so. Some of us may question ‘how can this be?’ Since we have no courgettes because of the freezing cold. Others may not connect climate change with uncharacteristic weather events, newspapers hardly make the connection themselves. Yet we do know that although it is difficult to directly attribute a specific weather event to a changing climate, it is nonetheless known that climate change increases their intensity, frequency and likelihood.

The UK Climate Change Risk Assessment Report, published in January 2017, confirms this assertion and warns that as well as high risks of coastal erosion, flooding and effects of heat waves on health, the impact of climate change will be felt in the availability and supply of food in the UK. The report was not widely publicised, which one hopes is not a reflection of the priority the British Government is giving to the issue.

The increase in average surface temperatures of land and oceans by 0.94 ℃, reported for 2016, is not contradicted by the last two months of intense cold and snow in the south of Italy, Greece and Spain. When talking about the climate we speak in average global temperatures: it is important that we do not confuse weather and climate (for an explanation see here). While 2016 was particularly warm due to a combination of continued anthropogenic greenhouse gas emissions and an El Niño event, we can expect 2017 to be slightly cooler due to the calming of this ocean climate cycle. Yet the trend in global temperature is clear and even allowing for localised climate variations it is going up. 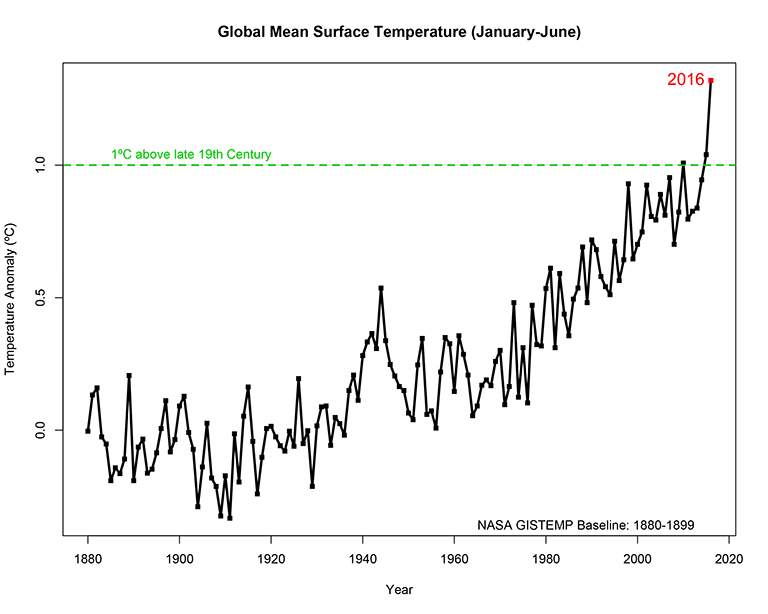 This tells us is that we can expect weather patterns and seasonal norms to change, affecting agriculture and food production more and more in the future. Although it would be comforting to think that an increase as small as 1 ℃ in global average temperature is not much, it would be a mistake to do so, the reverberations of such increases are real. The people and environment of Europe’s agricultural regions are not the first or last to experience repercussions that come with a warming planet and although the courgette crisis in the UK is, on the scale of things, a trivial consequence – the continuing success and predictability of seasonal food production in Spain, Italy and Greece is not.