The rapid expansion of wind and solar power capacity in India is set to expand the employment market by as much as 300,000, according to the International Labour Organisation. 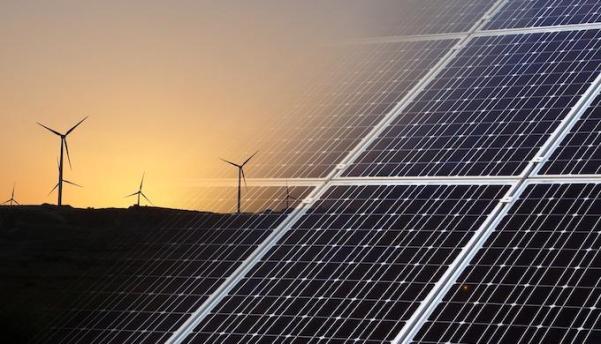 Jobs created from renewable energy offer a significant opportunity to meet the government’s objectives on employment generation. Photo from Pixabay.

India will create over 300,000 jobs in the solar and wind sectors in the five years from 2017, according to a new International Labour Organisation (ILO) report. By 2022, the government has set an ambitious capacity target of 175 GW of electricity from these two sources, comprising half its demand for power at that time.

The report, titled Greening with Jobs – World Employment and Social Outlook 20018, cites a 2017 study by the Council on Energy, Environment and Water (CEEW), a New Delhi-based think tank, and the Natural Resources Defence Council (NRDC), a New York-based environmental advocacy group, as well as a report by the government’s Skill Council for Green Jobs (SCGJ).

The ILO used surveys of solar and wind companies, developers and manufacturers. According to the International Renewable Energy Agency (IRENA), these two sectors provided employment to 154,000 people in the country in 2009. The number is set to double by 2022, going by the ILO projections.

These numbers may appear small for India’s size. In 2016, IRENA estimated that renewables, excluding large hydropower project, employed 8.3 million around the world. The ILO estimates that globally “measures taken in the production and use of energy… will lead to job losses of around 6 million as well as the creation of some 24 million jobs.”

“The net increase of approximately 18 million jobs across the world will be the result of the adoption of sustainable practices, including changes in the energy mix, the projected growth in the use of electric vehicles, and increases in energy efficiency in existing and future buildings. In order to ensure a just transition, efforts to promote the green economy must be accompanied by policies that facilitate the reallocation of workers, advance decent work, offer local solutions and support displaced workers.”

“In absolute terms, the Indian employment figure is quite modest. However, these estimates are only for constructing the solar and wind plants,” Neeraj Kuldeep of CEEW told indiaclimatedialogue.net. “It doesn’t include employment in supporting industries as well as emerging industries such as manufacturing of equipment, grid integrations, energy storage, etc. There will be many more jobs in long run.”

Regarding India, the ILO has certain caveats. “To meet the target, the number of workers required by ground-mounted solar, rooftop solar and wind power projects, will need to increase,” it warns. “The potential for employment creation is conditional on the domestic capacity of solar module manufacturing and the establishment of vocational training programmes and certification schemes.”

It estimates how many additional jobs were required for 2017-18 by disaggregating the sectors. Of the total of 25,481 workers, the largest number (12,360) are for rooftop solar, followed by ground-mounted solar at 9,650, and the least in wind (3,462), which is capital- rather than labour-intensive.

“The report is quite informative. The scenarios of climate change mitigation linking to the growth of green jobs for a sustainable economy provide a perspective to understand the relevance of green jobs in the world,” Tanmay Bishnoi of SCGJ told indiaclimatedialogue.net. “However, one of the biggest challenges to large-scale adoption of clean energy technologies is the availability of components and skilled workforce. The SCGJ was created with the mandate develop National Occupational Standards aligned to the National Skills Qualification Framework in the area of clean technologies and green jobs, and certify green skills in the country for sustainable development.”

“In a short span of less than 3 years, SCGJ has developed 44 Qualification Packs, which are being deployed by over 350 training institutions across 25 states of India, improving the employability potential of over 30,000 candidates in renewable energy, waste management and clean cooking sectors, with high focus of health and safety aspects. In the long term, these developments will impact over 3 million professionals in the clean technology business,” Bishnoi said.

“India has made environmental sustainability a central objective of its development strategy in its twelfth Five-Year Plan (2012–17) and set up a comprehensive framework for skills development for green transition at the national level, targeting key sectors,” notes the ILO. “Several institutions were created as a result, including the SCGJ in 2015, with the backing of the Ministry of New and Renewable Energy (MNRE) and the Confederation of Indian Industry (CII).”

Based on the identification of skills needs in these sectors, 26 new technical and vocational education and training courses have been developed for occupations ranging from water treatment plant helper to solar photovoltaic project manager and improved cooking stove installer. Private institutions have also developed 70 courses oriented towards environmental sustainability.

The 2017 study by CEEW and NRDC found that the new 331,210 workers “will need to be trained to undertake over 1 million employment opportunities (short-term and long-term cumulatively) that will be created in achieving India’s clean energy targets.” Two-thirds of these will work in rooftop solar and the rest in ground-mounted solar and wind industries. What is more, the smaller the size of the projects, the greater the proportionate employment.

In 2016-17, solar and wind energy projects added more than 21,000 new jobs. The following year, most solar and wind companies were expected to increase their workforce by at least one-tenth and employ an estimated 25,000-plus people.

Asked whether the outcome of US moves to compel India to remove module domestic content requirements (DCR) before the World Trade Organisation would have a bearing on this, Kuldeep responded: “Solar module manufacturing sector creates 2.6 jobs for every 1 MW of manufacturing capacity. DCR was only applicable to a very small project capacity; it won’t really impact the employment prospect.”

The 2017 study notes that solar resources in India are evenly distributed across the country. State-wise installation targets for ground-mounted solar projects and rooftop solar projects set by MNRE also reflect the same geographical diversity. “Based on the ministry targets, we estimated state workforce requirements… Maharashtra and Uttar Pradesh are estimated to have the most number of solar jobs in the country,” The study said. “Wind jobs, however, are likely to be concentrated in the states that have high wind potential. According to the MNRE, eight states have wind installation targets between 2017 and 2022. These include Rajasthan in the north, Gujarat, Madhya Pradesh, and Maharashtra in the west, and Andhra Pradesh, Telangana, Tamil Nadu, and Karnataka in the south.”

On Global Wind Day on June 15, Global Wind Energy Council Secretary General Steve Sawyer noted: “Across the southern half of India, wind power creates local jobs that give the younger generation an opportunity for good jobs near to home, rather than migrating off to the big city, wherever it may be. The value of building vibrant rural economies cannot be measured only in numbers, but through the social cohesion and strengthened communities they bring in a world sorely lacking in both.”

In June, University of Leeds researchers estimated that turning new and existing buildings into energy-efficient spaces in cities can generate an additional 16 million jobs globally. The UN reported in May that by 2050, two out of every three people would live in cities, the boom concentrated in India, China and Nigeria.

Meanwhile, Delhi-based clean energy consultancy Bridge To India predicts that the capacity addition of utility-scale solar power will be 25% less this year than in 2017, but will pick up again in 2019.