Are we on our way to ‘Hothouse Earth’? 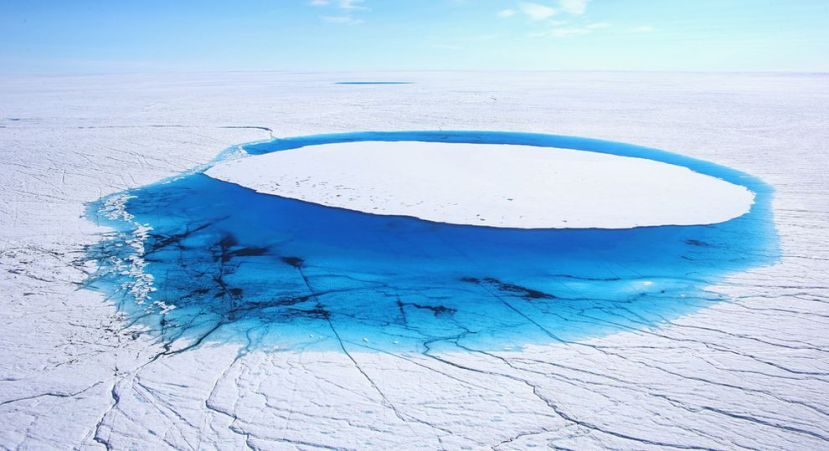 Even if climate change was kept below the Paris Agreement target of 2 degrees above pre-industrial levels – which we are not currently on track to meet – dangerous climate change is likely, warns a leading group of researchers.

A recent research paper on the idea of ‘Hothouse Earth’ has indicated that the feedback cycles of global warming could push the climate towards a planetary threshold which, if crossed, would continue to warm the planet even if human emissions were reduced. It also suggests that if that threshold were crossed it would lead to higher average temperatures than any interglacial in the past 1.2 million years, and sea levels significantly higher than at any time in the Holocene – the current geological epoch.

The paper’s release comes off the back of a summer of sweltering, and fatal, freak weather events: from drought in Sweden and Europe to wildfires in Portugal, Spain, California and Greece.

A new dawn for Earth

Such is the pace and the severity of man-made climate change that many scientists have suggested we are living in a new geological epoch: the Anthropocene. As its name suggests (‘anthros’ is Greek for ‘man’), this new epoch is characterised by human activity – whether that’s a fossil record of domestic chicken bones, the world’s most common mammal species, or isotopes from nuclear explosions. Humans have driven planet earth from the Holocene, and into an epoch irreparably marked by our presence.

The Holocene has been remarkably conducive to life and has seen the establishment and flourishing of the human species and every civilisation. Researchers argue that by shaping our climatic systems so radically, humanity could be exposing itself to planetary conditions that were last seen several million years ago – long before the evolution of mankind.

Goodbye to the interglacial

The scientists explain how the Earth is moving from the glacial-interglacial limit cycle and towards uncharted territory. The world has warmed about 1 degree since pre-industrial times, and we are nearing the upper level of interglacial conditions which have lasted for 1.2 million years. 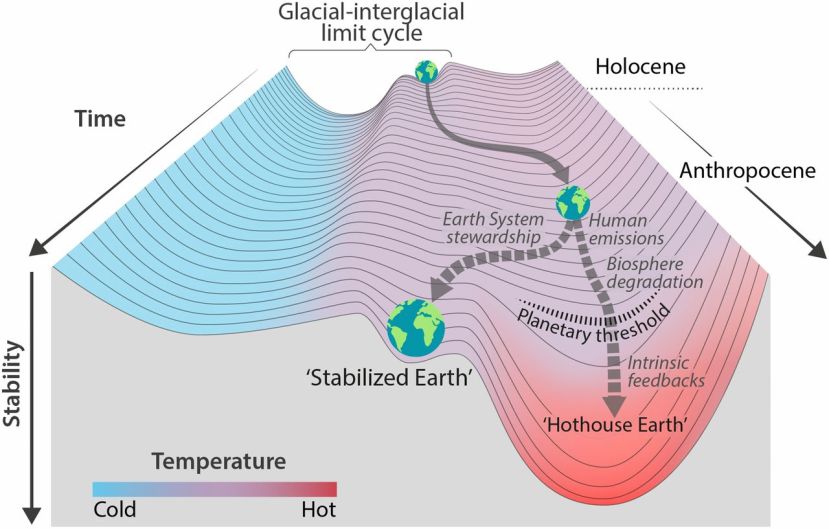 Stability landscape showing the pathway of the Earth System out of the Holocene and thus, out of the glacial-interglacial limit cycle to its present position in the hotter Anthropocene. Graph credit: PNAS.org.

Researchers indicate two possible pathways for earth’s climate systems: ‘Stabilised Earth’ whereby the climate warms in the Anthropocene but remains relatively stable; the other option is ‘Hothouse Earth’, characterised by increased freak weather and climatic uncertainty. It is down the slippery slope of ‘Hothouse Earth’ that research suggests we are heading.

Down this route, tipping points are a real concern. Tipping points are often used to describe the point of no return on climate change, where irreversible feedback loops kick in. They include the albedo-effect of the Arctic ice melt, meaning as the ice melts it turns dark and instead of reflecting the sun, as white ice would do, absorbs it; thus attracting even more heat. Another example is the possibility that the oceans wouldn’t be to absorb any more carbon, and a large amount will be released into the atmosphere as a result. 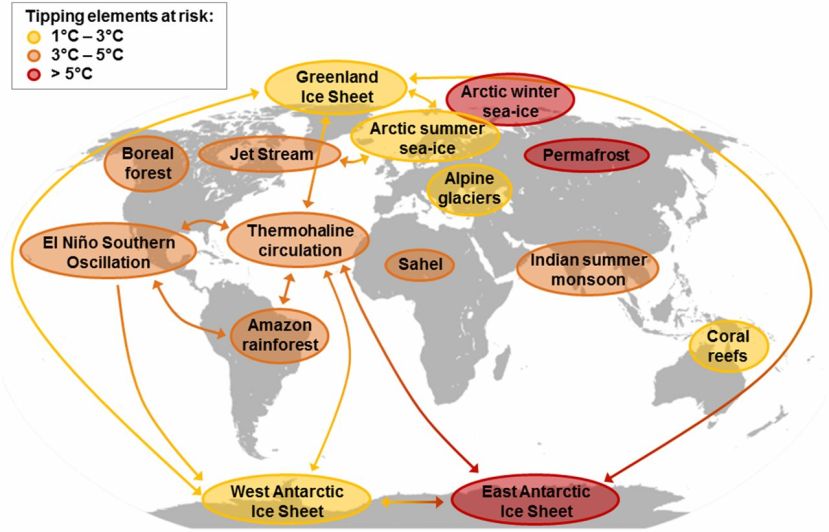 To avoid ‘Hothouse Earth’, and the genuine existential threat it represents, researchers warn that massive and wholesale changes are required to how we live our lives, organise our societies and consume.

It is a huge challenge. The research suggests that climate change should be kept below a 1.5-degree temperature rise. Not only would this require governments across the world to go back to the drawing board and put in place serious climate change policies to realise that challenge, but ideas such as capturing carbon, removing carbon from the atmosphere and some geoengineering ideas would have to become a reality. It is almost impossible to imagine that a ‘Stabilized Earth’ pathway could be met without going down these controversial routes.

But living differently is preferable to the alternative. A life in the greenhouse is no life at all.