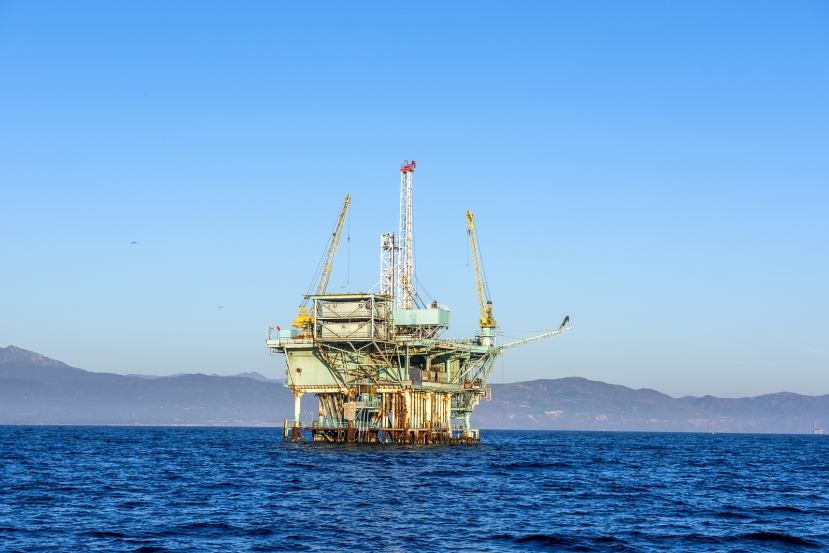 An oil platform off the coast of Santa Barbara run by Exxon Mobile produces crude that is converted to gasoline. Photo credit: Stock photo via / Bigstock Kelpfish.

In an unprecedented lawsuit, the Attorney General (AG) of New York State, Barbara D. Underwood, has sued one of the world’s largest fossil fuel companies, Exxon Mobil. The suit alleges that for years the company has been misleading investors about the risks of climate change regulations on its business.

The suit is based on the fact, that Exxon for many years assured investors that it was accounting for the likelihood of increasingly stringent regulation of greenhouse gas emissions – which they accept are driving climate change, and which the fossil fuel giant emits in large quantity.

According to AG Underwood, Exxon Mobil by its actions appeared to be preparing for climate change. They seemed to be rigorously and consistently applying the escalating cost of emissions to its business planning, investment decisions, calculations of the amount and value of company reserves and resources, impairment assessments, and projections of future demand for oil and gas.

However, the suit alleges that Exxon did not abide by these representations, but instead did much less than it claimed. These actions thereby deceived investors as to the company’s true financial exposure to regulations and policies adopted to mitigate the adverse effects of climate change.

AG Underwood says that Exxon Mobil thus mistakenly marketed the company as a secure long-term investment. And they had courted long-term investors such as institutional shareholders, life insurance companies, and pension funds. She cites the example of the pension fund, the New York State Common Retirement Fund (CRF), which serves over one million state employees members as well as the New York State Retirement Systems, serving 425,000 members. Combined, the two pension funds hold Exxon shares with a combined value of $1.5 billion. The argument she presents is that the two funds have not been receiving correct and accurate information on which to base their investment decisions.

She goes further in explaining that over the course of the last decade Exxon’s institutional shareholders have time after time sought out more information, as well as disclosure in relation to the risks the company faced from climate change regulations. She states: “Investors put their money and their trust in Exxon – which assured them of the long-term value of their shares, as the company claimed to be factoring the risk of increasing climate change regulation into its business decisions. Yet as our investigation found, Exxon often did no such thing. Instead, they built a facade to deceive investors into believing that the company was managing the risks of climate change regulation to its business when, in fact, it was intentionally and systematically underestimating or ignoring them, contrary to its public representations.”

AG Underwood further explains that the fossil fuel giant told investors that it accounted for the cost of climate change by applying a ‘proxy cost’ of carbon; in effect, they expected that at some point there would be a price imposed on carbon and that they took that into account in the running of the business. But the investigation by the New York AG shows that they did no such thing. In fact, they lied, telling investors one thing while doing another. In many cases, Exxon applied a much lower proxy cost or none at all.

The suit alleges that the fraud reached the very top of the company and Exxon’s management. This included the former CEO, Rex Tillerson who, from February the 1st 2017 to March the 31st 2018 served as the Secretary of State for the Trump administration, and who thus knew about the fraud. For years they did not align the proxy costs for the climate risks.

Responding to the suit, Greenpeace USA’s Climate Liability Lead, Naomi Ages said, “It’s past time to demand transparency from Exxon and the fossil fuel industry. Exxon ran a colossal climate denial operation for decades, which significantly impacted how the climate change debate played out in business, science, and politics. The recent Intergovernmental Panel on Climate Change (IPCC) report makes it crystal clear: we only have a decade to make serious changes to avoid climate catastrophe. The stakes have never been higher in capping carbon emissions. It’s time Exxon’s actions to sow doubt on climate change among its stakeholders undergoes the full scrutiny of the law.”

The financial fraud was evident in some of the world’s highest carbon energy projects, such as:

The lawsuit was filed in the New York Supreme Court. It seeks an order prohibiting Exxon from continuing to misrepresent its practices in this area, and requiring it to correct its past misrepresentations; in other words, come clean to its investors. The suit also asks the court to award damages.

This suit filed by AG Underwood is just the latest in climate-related lawsuits. Exxon and other oil companies, including BP, Chevron Corp and Royal Dutch Shell, face lawsuits by cities and counties across the United States who are seeking funds to pay for seawalls and other infrastructure projects to guard against rising sea levels brought on by climate change.