Analysis: fracking in the UK – it will be harder than it seems 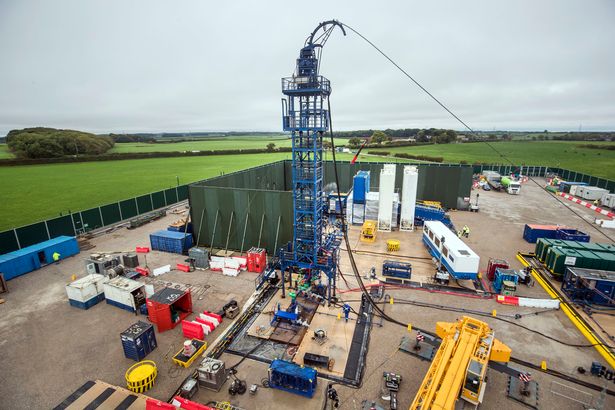 Finally, after seven long years of agony, the UK oil and gas industry can finally celebrate that fracking, the technique to extract shale gas, has begun again.

In 2011 fracking was put on hold as earthquakes had been reported near the test site in Blackpool in the north of England. That prompted an environmental impact review that, predictably enough, found that it would be safe to frack for oil and gas in the UK. But in the meantime, environmental and anti-fracking protesters mobilised, determined to do everything in their power to halt fracking on British shores.

The mass movement against fracking

The anti-fracking cause was adopted by the country’s two largest environmental campaign groups, Friends of the Earth and Greenpeace. Soon after that, it grew to a mass movement. But that did not stop the UK government from throwing money at the industry in the form of tax breaks and subsidies. But little did that help: the technical burdens and the mass movement against it kept delaying the process.

But in October 2018 it seemed that fracking could finally commence at Preston New Road in Blackpool. But further delays followed. Bad weather and three minor earthquakes of over 0.5 magnitudes have meant that the process must be paused. This happened three times on three successive days, resulting in a total of 27 tremors.

Even though it has been announced that the first fracked gas has begun to flow, it is still uncertain what would happen, but what is clear is that what was once heralded as a golden opportunity for the UK fossil fuel industry has very much diminished in prospects.

Currently, if tremors were to continue, and operations were forced to halt as frequently, it’ s hard to envisage operations being financially viable.

Unless, of course, a government that historically have been friendly to the oil and gas industry caves in to their demands and weakens regulations.

Then there is the other element of financial implications. It’s been reported that seven years of trying to get fracking going are starting to show, with several companies starting to run dry of cash. Lawyers for Cuadrilla, the company who is fracking in Blackpool, have said that every day of delay costs the company £94,000. And without any income in sight, and if no new capital injections are made, this might be too hard for some companies to bear. Cuadrilla, which is the largest company with several big backers, is likely to be able to stay the course longest. But for how long are investors willing to stay faithful to a technology that is still very financially risky in the UK?

Fans and backers of shale gas in the UK often point to the success of fracking in the US. But as this blog has previously argued, success in the US and Australia does not necessarily equate to success in the UK. First and foremost the geology is different; then the fact that the US is a lot less densely populated than the UK; regulations are far weaker in the US than the UK.

Then there is the political element of things. The UK has a different political climate than during David Cameron’s reign of the conservative party. When he was the Prime Minister hardly a week went by when he wasn’t singing the praises of the technology. But things have changed and Brexit politics make things look very different. Prime Minister Theresa May rarely mentions fracking. During crucial Brexit negotiations with the European Union (EU), she does not need any more enemies and fracking is toxic and controversial. Earlier this week the Conservative MP Zac Goldsmith warned that fracking runs the risk of turning entire regions against the party.

There is of course also the climate change argument. In the wake of the most recent Intergovernmental Panel on Climate Change (IPCC) report, and its warning that we only have 12 years to fix climate change which will require deep emission cuts, its hardly a progressive move to start up a new fossil fuel industry. Added to that, one of the world’s top climate scientists James Hansen, also dubbed the father of climate change, has accused the UK government of ignoring science and aping Trump. Expect the focus and criticism of the UK’s fracking plans to continue to mobilise.

The jury is still out on whether fracking ever will really take off in the UK, at least on a large industrial scale. It might just get going at a few isolated locations, but that is far away from that gas bonanza the UK government envisaged just a few years ago. Many campaigners, businesses, NGO’s and politicians have already said that fracking is incompatible with UK’s emission reduction targets. And as there’s growing pressure on strengthening those targets in the wake of the latest IPCC report, this could further deal with fracking’s prospect in the UK a blow.