In a historic vote, Ireland is to divest from fossil fuels 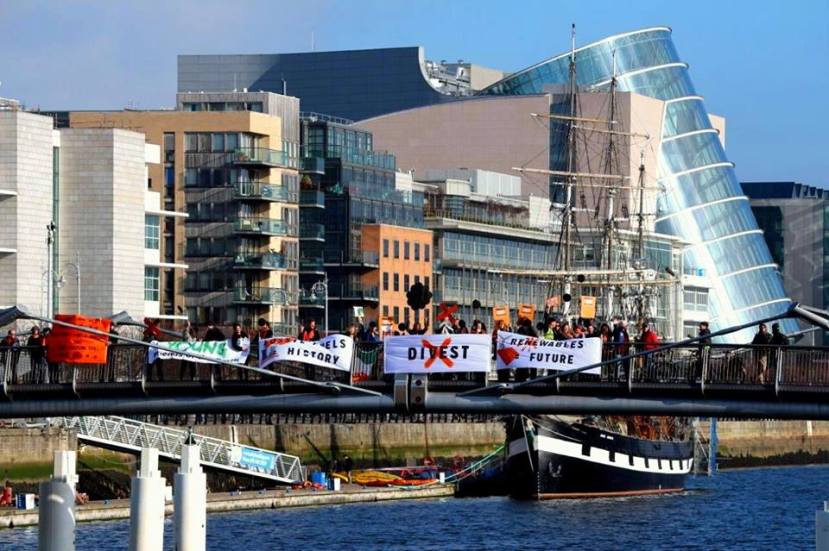 Divest campaigners have claimed a major victory as Ireland has committed to divest from fossil fuels. The parliament passed a bill that would force €8.9 billion of public funds to be divested from coal, oil and gas through the Ireland Strategic Investment Fund (ISIF).

The fossil fuel divestment bill would require the fund to not only divest fossil fuel holdings but also to ensure that no further investments in the industry are made. This will all happen over the course of the next five years.

The veteran climate campaigner, Bill McKibben, who started the divestment movement through the organisation 350.org, which he co-founded, was in a jubilant mood. He stressed that Ireland will now be the first country to divest from fossil fuels.

The bill stated that ‘fossil fuel undertakings’ are equal to those industries where exploration, extraction or refining of fossil fuels accounts for 20% or more of turnover. The bill also emphasised that indirect investments should not be made unless they account for no more than 15 per cent of an asset invested in a fossil fuel undertaking.

As of June last year, the fund, ISIF, which is managed by Ireland’s Treasury Management, was estimated to have €318 million invested in the fossil fuel industry, spread across 150 companies.

Thomas Pringle, an independent MP, introduced the bill back in 2016 and echoed McKibben’s comments that Ireland would be the first country to divest from fossil fuels, and said that this bill could be a stepping stone to increase climate ambitions in the country: “With this bill we are leading the way at state level … but we are lagging seriously behind on our EU and international climate commitments,” he told lawmakers. Indeed, Ireland only ranks worse than coal-loving Poland in terms of climate change action in the European Union, according to the group Climate Action Network (CAN) Europe.

An increased pressure has been directed towards oil, gas and coal companies from investors to shift to renewables and cleaner sources of energy to meet the international greenhouse gas emissions targets agreed upon in the Paris Agreement signed in 2015. Ireland’s historic decision could be a sign of things to come.