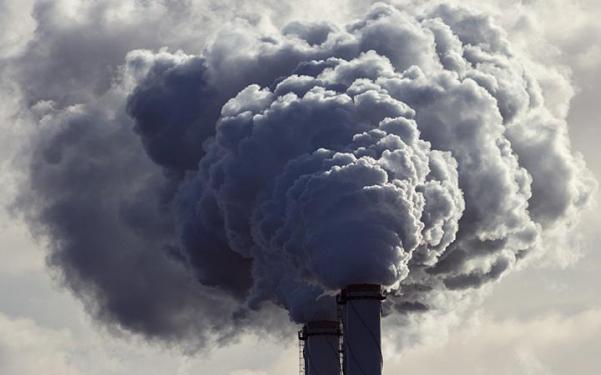 Despite the need to tackle climate change being more urgent than ever, and the world is investing record amounts in clean energy, carbon emissions continue to go up rather than down – making the challenge of tackling climate change even harder.

In 2018 the total amount of carbon emissions emitted around the world are set to hit an all-time high. This is according to researchers at the University of East Anglia (UEA) and the Global Carbon Project. They project a rise of more than 2 percent which has been driven by solid growth in coal use for the second year in a row, as well as sustained growth in oil and gas use.

The news arrived early December as negotiators arrived in Katowice Poland at UN’s annual climate summit, COP24, to discuss how to implement the Paris Agreement. Ironically Katowice is a mining stronghold and is at the heart of Poland’s coal industry. It was hoped that the research would be seen as a further call to action for governments at the conference.

The team behind the research was adamant though to inject a bit of optimism saying that energy trends are changing and that there is still time to address climate change –though it warned that efforts to curb carbon emissions rapidly must be expanded in all sectors of the economy.

The numbers keep going up

The data reveals that global emissions from burning fossil fuels are expected to reach 37.1 billion tonnes of CO2 in 2018. This will represent the second year of growth in emissions after they had grown very little or not at all from 2014 to 2016. 2018 will see nearly a doubling of the increase compared to 2017. In 2017 it increased by 1.6 percent, but this year, the increase is estimated to be 2.7 percent.

The lead researcher at the project, Prof Corinne Le Quéré, Director of the Tyndall Centre for Climate Change Research and Professor of Climate Change Science and Policy at UEA, said: “We are seeing strong growth of global CO2 emissions once again. Emissions need to peak and rapidly decrease to address climate change. With this year’s growth in emissions, it looks like the peak is not yet in sight.” She said that if things continue as now we are on track to see 3°C of global warming.

King coal is not going away

The researchers say that this year’s rise is largely due to growth in coal use, though it still remains below its historical high in 2013. But if the current growth continues coal use may soon exceed this 2013 peak. But the reality is that all fossil fuels continue to grow with oil use growing strongly in most regions resulting in a rise in emissions from cars and lorries and flights. Gas use has grown almost unabated in recent years. Prof Le Quéré said: “The growing global demand for energy is outpacing decarbonisation for now. This needs to change, and change quickly to address climate change.” She did, however, highlight that the energy industry is undergoing a transformational shift, though she hinted that the shift is not happening fast enough, “energy trends are changing rapidly, with coal use decreasing in many parts of the world, and an explosion in wind and solar energy. But while renewables are rising fast, it is not yet enough to reverse global emissions trends.”

Reducing emissions while the economy grows

The world’s ten biggest emitters remain largely unchanged, being led by China and the US, followed by India, Russia, Japan, Germany, Iran, Saudi Arabia, South Korea, and Canada. But there was a hint of positive news too in the fact that 19 countries have reduced their emissions while their economy had grown in the last decade. And the list included large significant countries such as the US, UK, and France. In addition to the emission reductions, it was highlighted that the adoption of renewable energy worldwide is continuing to accelerate.

The former UN top climate negotiator Christiana Figueres who was key in masterminding the Paris Agreement, now with the Mission 2020 campaign group said: “Global CO2 emissions must start to fall from 2020 if we are to meet the temperature goals of the Paris agreement, but this is within our grasp. We have already achieved things that seemed unimaginable just a decade ago.”

Climate advocates have already acted with dismay to the news. This report follows three recently released UN reports who all warned we are not doing enough to tackle climate change. But negotiators at COP24 will use this report to demand that action cannot be put off any longer.

11 responses to “Coal sends carbon emissions through the roof”