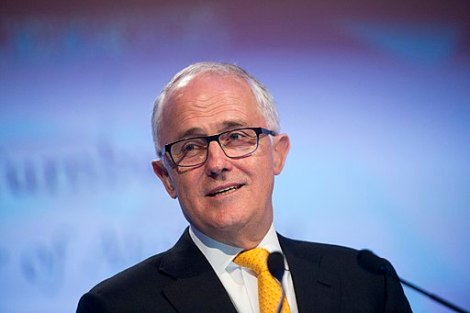 The by now former and embattled Australian Prime Minister, Malcolm Turnbull, had all but given up on tackling climate change, as he dropped the government’s Paris emission reduction targets in a new energy plan. This was to be one of his last actions as Prime Minister before he was eventually forced out by two leadership challenges. It is believed that he dropped the targets to save himself from the leadership challenge. But that proved to be a case of “too little too late, and it left the country down under with essentially no plan to tackle climate change.

At the time, the official line from the Australian government was that the policy focus is now solely on bringing down energy prices. As a result of that, the emission component of a new energy plan has been shelved. The component was already very weak and at the time of its creation, campaigners said it lacked ambition.

It is believed that a group of MP’s, led by former prime minister Tony Abbott, who himself was toppled by none other than Turnbull in 2015, orchestrated the chorus of dissenting MP’s which led the leadership challenges. It is also believed that one of the demands was that the emission target should be dropped. When that happened, Turnbull said the new reality demonstrated there was no longer a cross-party political support for the scheme. At first, Turnbull appeared to survive the leadership challenge, but another challenge followed which ousted the former prime minister.

Leadership challenges have become a common thing in Australian politics, and these days it is unusual that any prime minister lasts the full term of three years without being toppled.

While the Australian Liberal Party is marred by climate denialism, Turnbull is believed to accept the scientific reality of man-made climate change. But many have argued that he does not muster the courage to act on his conviction. When taking over from Abbott in 2015, he did not reinstate the carbon tax scheme axed by the former premier. This was even though Turnbull had previously backed the policy. And now again Turnbull bowed to political pressure, was willing to sacrifice an emission target.

Ironically though, it was originally Abbott who put the emission target in place when he axed the carbon tax. And now the same Abbott is pressing to having that very scheme he put in place axed. Confused? – well, that is Australian politics for you.

Even though Australia is still in its winter months at the moment, they have not escaped the drought and extreme heat waves which have been affecting many parts of the world. In eastern Australia, the evaporation levels are so high that they have surpassed all previous records set since records began in 1975. Opponents of the government, some media outlets and campaigners have not been shy in linking the Australian winter drought to climate change and bemoaning the lack of any plan in place anymore to reduce those very emissions that cause climate change.

Scott Morrison has been sworn in as the 30th Australian Prime Minister.