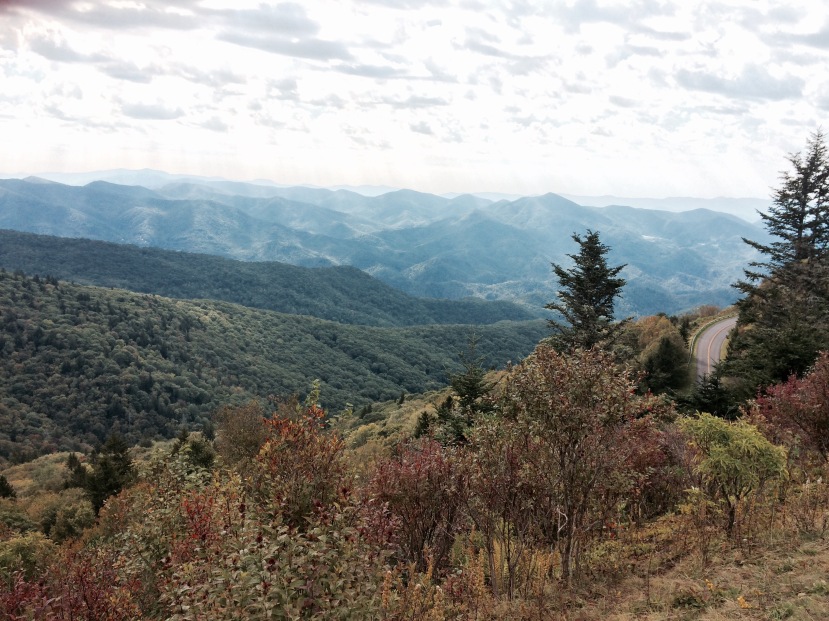 An interstate gas pipeline proposed for the Mid-Atlantic could impact two of America’s most beloved recreational thoroughfares – the Appalachian Trail and the Blue Ridge Parkway – triggering opposition from multiple citizen-advocacy groups and regional environmental organisations.

The 303-mile Mountain Valley Pipeline would transport fracked natural gas from northwestern West Virginia to southern Virginia, crossing the Appalachian Trail just south-west of Peters Mountain Wilderness in Virginia, and bisecting the Blue Ridge Parkway south of the city of Roanoke.  Construction of the pipeline – which is planned to be 42-inches in diameter — would also involve clearing a 125-foot corridor through 3.4-miles of the Jefferson National Forest designated as ‘roadless’ area.

The Mountain Valley Pipeline would not only cross both recreational routes but could also significantly affect views along the Appalachian Trail for nearly 100-miles, according to the Appalachian Trail Conservancy.  Some of the 2,190-mile footpath’s most iconic landmarks – including overlooks like Angel’s Rest and McAfee Knob – will also be among the vistas altered by the construction of the pipeline.

Environmental non-profits opposing the pipeline – including Appalachian Voices, the Wilderness Society, the Sierra Club, the Appalachian Trail Conservancy, and the Southern Environmental Law Center – are also raising concerns about a multitude of potential ecological impacts.

One of the foremost issues is regional water quality.  The Mountain Valley Pipeline’s proposed route would cross a total of 986 waterbodies, passing within 0.1 miles of two public water sources, and would overlay three major aquifers, according to the Draft Environmental Impact Statement for the project.  Exacerbating the risk, along the southern portion of the prospective route, the pipeline would cross nearly 50-miles of karst terrain, a topography distinguished by underground drainage systems, including features like caves, sinking streams, springs, and sinkholes.

After a review of the Draft Environmental Impact Statement, the U.S. Environmental Protection Agency (EPA) also voiced concerns about the pipeline in comments filed to the Federal Energy Regulatory Committee, specifically cautioning about the risk of contamination of ground and surface water posed by construction in karst landscape, according to the Roanoke Times.

Another point of contention — the pipeline’s purposed path will also create a treeless gash through an established ‘roadless area’ in the Thomas Jefferson National Forest.  Intended as a means to provide permanent protection for roadless areas within the National Forest Service system, the Forest Service’s 2001 Roadless Rule bans road construction (or reconstruction) and timber harvest on 58.5 million acres of national forest land.  According to an op-ed published by the Wilderness Society, allowing the Mountain Valley Pipeline to proceed through the natural forest could also be setting a dangerous precedent for the development of energy interests on public land.

Beyond impacts on regional ecosystems, the pipeline will also have a larger climate implications —a consideration environmental groups like the Chesapeake Climate Action Network argue the project’s Draft Environmental Impact Statement failed to adequately address.  Predominantly methane, natural gas combustion generates lower levels of carbon dioxide emissions than coal or oil. However, the methane escaping during both natural gas extraction and transportation processes has an estimated Global Warming Potential of 28-36 over a 100 year period, according to the U.S. EPA – significantly higher than carbon dioxide.

Questions have also been raised about whether additional natural gas pipelines are even necessary in the Mid-Atlantic.  A study conducted by Synapse Energy Economics evaluated existing pipeline capacity and projected peak demand to assess the need for Mountain Valley Pipeline and the Atlantic Coast Pipeline, another natural gas pipeline proposed for the Mid-Atlantic, slated to run between West Virginia and North Carolina.  According to the assessment, which was co-commissioned by Appalachian Mountain Advocates, ‘For Virginia and the Carolinas, the anticipated natural gas supply capacity on existing and upgraded infrastructure is sufficient to meet existing natural gas demand from 2017 through 2030.’

The Atlantic Coast and Mountain Valley pipelines could also hinder the development of renewables in the regions –locking the Mid-Atlantic region into natural gas dependence for the 80-year lifetime of the pipelines, according to the Southern Environmental Law Center (SELC).  ‘An investment of billions of dollars in natural gas will further discourage these utilities from moving toward renewable energy, like solar and wind power that could save their customers more money,’ SELC staff attorney Southern Greg Buppert said in a press release.

For now, the release date for the Final Environmental Impact Statement for the Mountain Valley Pipeline has been delayed.  Initially slated to be available on March 10, at the end of January the Federal Energy Regulatory Commission submitted a 28-page letter to Mountain Valley requesting additional information on the project. A target release date for the agency’s Final Environmental Impact Statement has not yet been confirmed.

Malee is a freelance writer with a background in environmental management. She has lived in Kenya, Nepal, Thailand, and the United Kingdom and is currently based in Washington, DC.