Keystone XL: The never ending climate fight might just have been prolonged, again 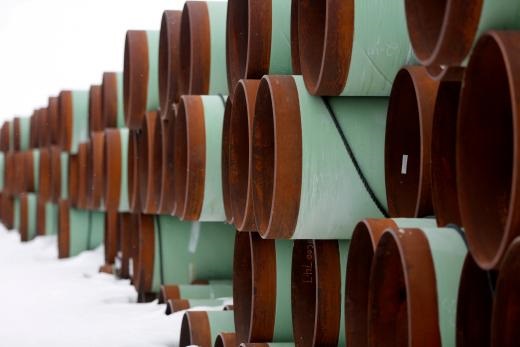 In November last year, in South Dakota a huge oil spill from the controversial Keystone XL was observed. According to reports from TransCanada, the company who operates the pipeline, at least 5,000 barrels of crude oil were spilled.

Opponents of the pipeline will claim this is yet another development which highlights how unsafe it is.

The opposition to the Keystone XL pipeline project is one of the longest-running climate fights in US history. Opponents thought they had won a victory when former US President Barack Obama finally rejected the pipeline in 2015 after having delayed it several times. But then Donald Trump won the 2017 US election, and environmentalists knew they again had a fight on their hands as one of his election promises was to approve the pipeline.

And just days after the oil spill, one of the biggest hurdles to the southern extension of the pipeline, which will run all the way to oil refineries in Texas, was cleared when The Nebraska Public Service Commission (PUC) approved construction of the Keystone XL pipeline.

So does this mean that the game is over and that the pipeline will now go ahead?

No way, if you ask environmentalists. Friends of the Earth US hints that the fight is very much on. They point out that the Nebraska vote to approve it was a narrow one anyway, by 3-2 in the five-member commission. They also make it clear that TransCanada will still need to get the right-of-way from landowners along the new route. The route approved was an alternative one and not the one favoured by TransCanada.

The green group says that opposition to the pipeline is fierce across the whole of the US, and never before has the opposition been as strong in Nebraska as it is right now.

On top of this Friends of the Earth US and other environmental groups have already filed a lawsuit as they allege the pipeline was approved through an illegal process.

Political Strategist at Friends of the Earth US, Ben Schreiber, said: “Despite today’s decision, the fight to stop the Keystone XL pipeline is not over and we will see them in court. We will not stand by and allow oil and gas companies to ruin our climate and pollute our land, water, and sacred cultural sites”.

He said that he expects there will be huge resistance from landowners: ”The Nebraska Public Utilities Commission’s decision means that there are many new landowners whose land and water will be threatened by this dirty pipeline”. He clarified that the oil spill reminded us that no pipeline can ever be safe.

Keystone XL, if constructed, will transport heavy crude oil from the Canadian tar sands to oil refineries in Texas.

But it appears that opponents of the project will do their utmost to make sure that does not happen. And thereby prolong the longest ever climate battle in US history even further.