Book Review: The muddled issue of saving the environment from us 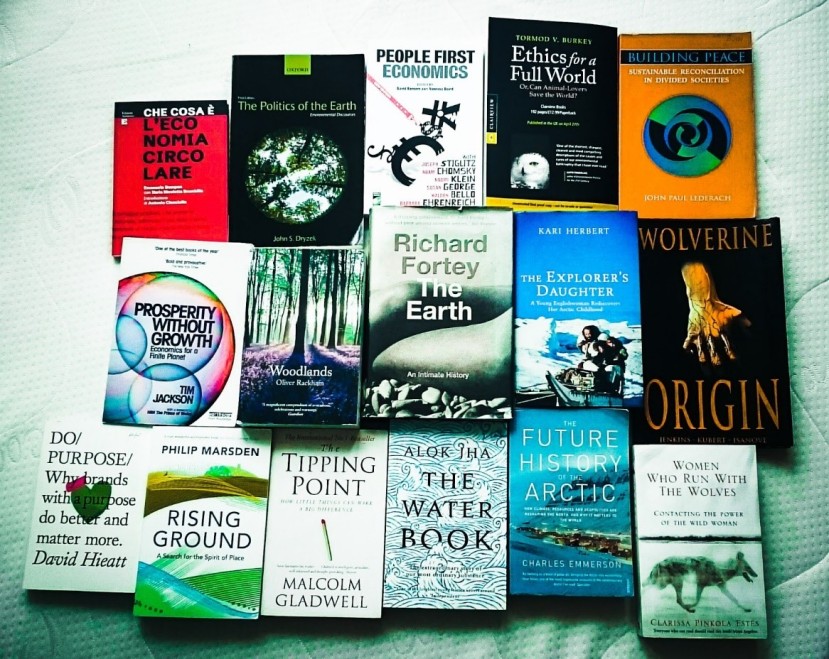 If you, like me, feel constantly divided between an inherent trust for humanity, and an overwhelming hopelessness each time you read the news; if you, like me, feel that we are in the presence of a downward spiralling of environmental tipping points which are a direct consequence of human presence on Earth, then you may wish to read Ethics for a Full World or, can Animal-Lovers Save the World.

In his book Tormod Burkey calls upon all those who care for animals and nature to come together and find ways to alleviate the damage that our society is inflicting on the planet. He points at a need for mass mobilisation, organising against the human threats presented by land use, resource over-exploitation, the introduction of alien species into ecosystems, and of course, climate change. We know what needs to be done, Burkey argues, but we don’t know how humanity itself should act to tackle these issues. For the author “saving the world for humans holds no motivational power”; his quest has always been to “save the world from humans.” Perhaps not all would agree, yet it is no hyperbole and it isn’t difficult to find his dispositions appealing throughout the book. What he writes touches on a deep sense of justice and a duty of care towards the creatures and ecosystems that have no voice in a human-run world. Burkey tries to give answer to questions such as why is this world run by humans? Why, as a species, do we manage our survival to the detriment of all else?

The environment, ethics and rights

When Copernicus relegated Earth to being one planet among many and humanity to insular former occupier of the centre of the universe, it must have hurt our ego. And then came Darwin to point out that not only are we a grain in the universe, but it seems we are not some superior creature created in God’s image for ruling over all else either. Even religious leaders today are at odds with creation, not denying it, but reframing it to place humans as responsible stewards. Environmental care concerns ethics to the extent that some religious leaders have argued that not caring for animals, trees, water, air and land, is itself a sin against creation.

There is an urgent need to reframe the narrative that assumes our position in the world as one of dominance, a vision that perpetuates a dichotomy by which humans are distinct from nature. “Our language”, Burkey writes, “makes a taxonomically erroneous distinction between humans and animals. How we treat both those of our own species and those of other species is a matter of ethics”. As humans, he explains, we formulate ‘rights’ and ‘duties’ which it is generally accepted extend to those who may not be able to ask for them themselves – think of young children or people with learning disabilities. The same argument, Burkey continues, “ought to apply to other species as well, if these are deemed unable to uphold ‘duties’ vis-à-vis the rights of others”. If our society has set up conventions that guarantee rights to humans, in the same way we are free to extend similar rights to other species.

While reading this argument I happened to be also reading the comic Wolverine (do not judge me!) – the story of a man who is part wolf. How would we, as a society, have developed if Homo sapiens had not been the only ‘winner’? What would have been the unique human traits used to separate those with ‘rights’, from those without – if ‘wolverines’ had been a reality? Would wolverines have been granted rights at all, and if so, what type of rights?

If the existence of a superhuman wolverine species require a stretch of the imagination, the concept itself is not so farfetched. In the past, entire sections of society such as women, children and slaves, had no rights. Over time this has changed as ethics have changed. Values are not fixed in time, they vary as societies do. The next step could be to include ecosystems and other species in our legal frameworks. Burkey reminds us that corporations have legal ‘personhood’, which is a concept not too far from granting similar rights to other species, individuals of other species, or even threatened ecosystems.

The environment and its narrative

Burkey believes that animal and nature lovers should unite and together push for changes that are needed to save the natural world. In fact, he believes that they are the only ones who care enough to do so. Although this is certainly an important and active group in our society, I would argue that we need a wider share of our society to support change if we wish to see a real shift in mainstream ethics. Scientists, lawyers, journalists, teachers, farmers, business people, citizens, politicians and religious leaders in all countries need to be involved because they are part of the problem, and as such part of the solution. The current focus on studying nature in terms of the ‘ecosystem services’ that it provides to humans, rather than that of nature having an intrinsic value, is in my opinion flawed. It perpetuates a narrative which is mistakenly human-centric. It seems more important that the younger generations be raised with a narrative that explains the ethics of human responsibility and the science behind environmental change, in support of a worldview that does away with humanity as the centre. The risks of biodiversity loss need to be highlighted, as do issues surrounding population growth, or the potential of a circular economy, the relevance of renewable energy and the importance of living within the boundaries of natures. Political systems need to wake up to the need to tackle their citizens’ fears for the present while engaging with environmental issues for the future. Some governments already are, while others are using fears for their own shortsighted gains, to the detriment of many species. Of which, we are one.