Two years ago, Greece consented to the Paris Agreement. What has changed after all the photographs and handshakes?

Despite political rhetoric about the imperative climate change presents us with, the Greek executive and legislature have done little to address it. On June 2017, the Greek think-tank “DiaNEOsis” published a report about the effects of global warming in Greece. It is not looking good.

Led, among others, by Konstantinos Kartalis, professor of Environmental Physics at the University of Athens, this group of experts sought to educate the public regarding the considerable impact that climate change will have on Greece over the coming decades (2046–2065). The far-reaching implications on tourism, agriculture, urban environment, cultural heritage and public health are daunting.

What is worse, according to Professor Kartalis, Greek policy follows a disconcerting rule. “Most countries rather apply measures for mitigating the phenomenon, namely to reduce emissions of greenhouse gases. The Paris Agreement is mostly based on that, while the DiaNEOsis study in on adaptation”.

Climate change policy has to be proportionate to its effects; large-scale and long-term policy. On an optimistic note, the research highlights the flexibility of economic systems to adjust to the effects of climate change.

Regions of Greece are predicted to experience a considerable increase in average temperatures; 2,5°C compared to the average of the baseline 1961–1990 period. A potential 20 to 50cm rise of sea levels threatens 3.5% of Greece’s landmass and 2% of its GDP. The varied geography of Greece is in peril, consequently disrupting traditional industries.

Greece’s agricultural production will become volatile due to extreme weather phenomena and overall harmed by a 12% decrease in rainfall. The plains of Thessaly and central Macedonia, central to the country’s agriculture, are expected to see significant decreases in crop yields. The deltas of big rivers, which are pinnacles of biodiversity and crucial to crop irrigation, are likely to turn into gulfs of salt water. Vineyards in southern Greece have a tough road ahead of them, whilst those in the North will see favourable conditions, albeit only temporarily. 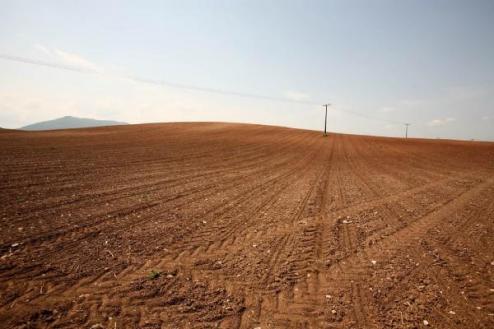 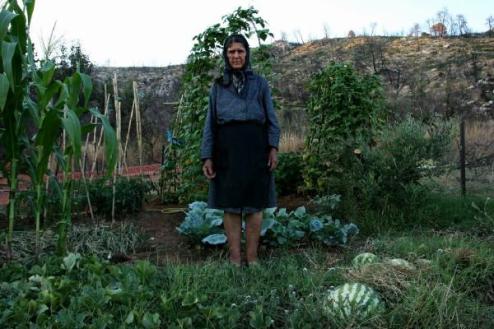 Landmarks of historical and geological beauty that attract visitors from all corners of the world may face extinction. The ruins of Ancient Olympia and the temple of Apollo at Bassae are in imminent danger, the study reads. Ornos beach in Mykonos, a favourite amongst jet-setters, will be claimed by the sea. The same fate lies ahead for the houses and resorts that lie there since the waters will cover a distance up to 150m. The ski resorts at Mainalo and Chelmos may have no snow to serve their skiers.

Addressing this changing landscape is no small task. The construction of dams, diversification of cultivated crops, a coordinated shift of production from agriculture to other types of production, the reuse of greywater and other necessary measures require massive amounts of funding and planning. It is not something the private sector alone can or must take care of.

Dr. Kartalis has only one solid recommendation to make: “Respect the phenomenon, act proactively in terms of adaptation and immediately in terms of mitigation.”

There are two major problems with this, public opinion and inadequacies at the highest political level.

DiaNEOsis asked Greek people if they consider climate change as an important contemporary issue. The results are indisputable: 95% replied positively.

People are worried about climate change but they do not consider it a pressing threat to Earth. Since they don’t see it as a compelling danger, they are less likely to act on it.

Yannis Phillis is a former rector of the Technical University of Crete and a professor of Systems Engineering. He is the author of “The Last Breath of the Planet Earth” a book that explains why excessive use of chemicals in agriculture, consumption of non-recyclable goods, water wastefulness, and other common practices need to be terminated immediately. His stance is that legislation and enlightened leadership are necessary for kick-starting solutions to substantive problems.

“The human brain is shaped to react to immediate dangers such as animal attacks. These reactions were developed during our evolution through thousands of years, but we never had any need to adapt to climate change before the last three decades”, he told us. This attitude pertains to the ‘bystander phenomenon, ’according to which people who observe suffering won’t do anything because they expect someone else to act.

“5 years ago, the word ‘climate change’ was unheard of in Greece. I remember giving lectures 5 or 10 years ago about it. people were staring at me as if I had been talking about something imaginary.” he adds.

Dr. Phillis remarks that despite the increased public discourse on climate change, he feels that Greece isn’t prepared to face the reality at hand. This has nothing to do with the people. In his eyes, Greeks are more aware of climate change than French or Germans. The problem is, the policy is either absurd or non-existent.

“In Paris, the Greek Prime Minister gave a nice speech saying that we must take measures ‘here and now!’ Then he returned to Greece… And his government signed off on the construction of a new power plant of about 660MW using lignite. It’s some kind of Dr. Jekyll and Mr. Hyde behavior.”

Professor Phillis concedes that Greece has never been a leader in environmental issues. Beyond the ratification of the Paris Agreement, the country has done little, other than following directives from the European Union. As long as the administration is idle and it proclaims taking action but at the same time hinge their energy planning on fossil fuels, then nothing can progress.

“A simple example is plastic shopping bags. We must impose a progressive ban to make them disappear gradually. This way, the plastic film industry adapt and consequently, we will consume fewer fossil fuels.”

This position is shared by Dr. Kartalis, who assures us that Greece is not an exception. The majority of developed countries have neither proposed nor enforced solid adaptation plans for climate change. 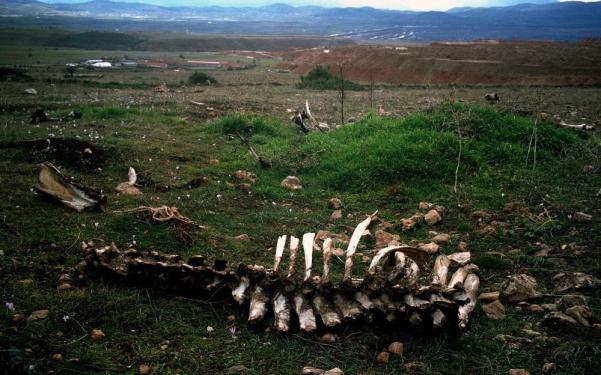 A pertinent question is, do people regard climate change as the most serious threat? We asked people from Greece, France, Turkey, the US, and Brazil.

“I consider it as the most serious threat of our time, but for most people, it’s a ‘future problem’. In reality, though, climate change has been happening for many years now and we are causing it. So in a way, humans are the most serious threat of our time. I am sure people in Greece are aware of climate change, but the large majority turn their attention to more immediate issues such as the financial crisis.”

“I consider the human crisis more serious than climate change. If nature is the house humans reside in, and both are in trouble, I’d rather solve the human problem first. Only then they’ll be able to fix the house. It’s not less essential, it’s just priorities.”

“It is paramount but it’s not immediately imperative in I think global warming is a threat, but one among others. It’s not an urgent threat to me, like ISIS or the economic crisis. It spans several years but does not threaten us immediately.”

“Where I’m from, people live in the dark age on this subject. In Morocco, where I live, we have seen projects that try to fight climate change. The King has launched a programme to develop solar energy in the Sahara. There are also initiatives to stop the use of plastic bags and other products that are not ‘green’. Each country can do more, but it is a good start.”

“I think that climate change is the most serious threat of our time, especially because of deforestation. In Brazil, there’s an awareness caused by the issue of Amazonia, but in spite of legislation and controls put in place by the government, deforestation still continues. Otherwise, Brazilian people are aware that the northern part of the country is more and more arid and people are obliged to migrate to other parts of the country because of the extreme climatic conditions. But in practice, there are not many actions conducted to prevent it.”

Originally published on A. Christofilopoulos.