The economic case for protecting our oceans 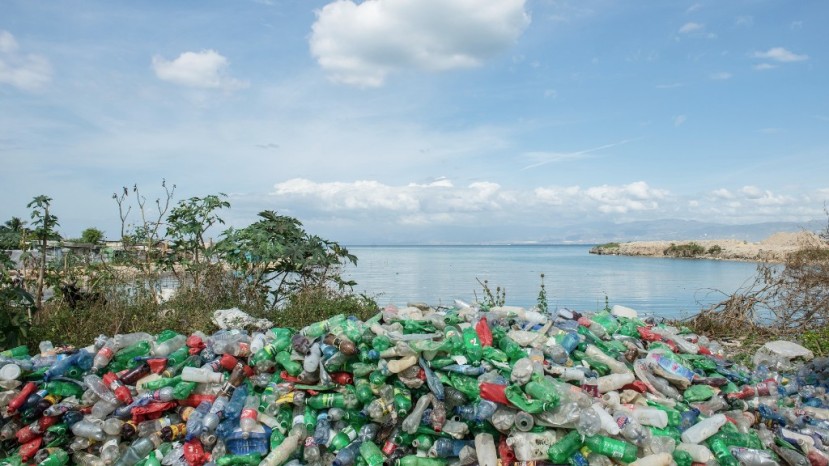 Countries surrounded by the ocean often depend on it for their income and way of life. Both are under threat by plastic and chemical pollution, overexploitation of resources, and the immediate impacts of climate change. At the World Ocean Summit (WSO) which took place in Bali at the end of February, stakeholders discussed ways of making the oceans’ economy more sustainable, looking specifically at the funding available and ways to increase it.

The ocean has frequently made the news in the past months, most recently when a report confirmed that high levels of ocean acidification are stifling its oxygen content, which have fallen by 2% in 50 years. Another recent study by Dr Andrew Sweetman and scientists from 20 leading oceanography centres, found that declining oxygen levels and increasing acidification on surface waters, will also affect deep abyssal depths (3000-6000mt). The consequences of these changes will be felt in seafloor ecosystems, which are essential for the entire ocean and biosphere. In February, US based National Oceanic and Atmospheric Association (NOAA) reported that precious coral reefs have continued to experience bleaching for the fourth year running due to warmer sea surface temperatures. Temperature increases place corals under stress, causing them to expel their symbiotic algae, resulting in what is called bleaching. A recent survey on The Great Barrier Reef also confirmed a second mass bleaching, following the event in 2016, which killed 22% of coral.  Other reports earlier in the year pointed out that these same surface temperature rises are causing faster decreases in sea ice coverage throughout the Arctic region than was previously expected.

As we know, human activity has greatly contributed to depleted fish stocks. Acidification and warming are compounding this downward effect on population, and fewer fish has a cascading effect on seabird population. Historically, ocean reserves have been assumed to be plentiful, if not infinite. Coastal regions most dependent on fish for their income are now feeling the repercussion of years of resource abuse. These same regions are also suffering from climatic changes and the consequences of changing weather patterns. It is for this reason that it is essential to preserve a healthy ocean, as well as coastal habitats that mitigate the effects of climate change. During the World Ocean Summit, three conservation giants: The Nature Conservancy, Conservation International (CI) and World Wildlife Fund (WWF), agreed to join efforts to increase mangrove habitats. This is a positive result as it recognises the importance of mangrove forests in absorbing wave energy during storms, and in stabilising shorelines from erosion, as well as acting as carbon sinks in the same way that forests do.

Another plight affecting the oceans is that of pollution. The ocean is a rubbish bin of sorts, where plastic islands float, discarded fishing nets trap wildlife, plastic bags and microplastics are ingested by fish and birds. Modern oceans have to contend with the overflow of pollutants from agricultural lands, sewage systems, ship spillage, as well as noise pollution from ships, mining, commissioning and decommissioning of wind farms.

With the ocean acting as the main economic provision for many regions, initiatives such as the World Ocean Summit create a space for stakeholders including ministers, investors, business leaders and ocean advocates, to meet. Present at the event was actor and ocean activist Adrian Grenier who has been vocal on the problem presented by sound and plastic pollution in the ocean. Inspired by the search for the whale with the 52Hz sound, Grenier set up Lonely Whale, a foundation that raises awareness surrounding the need for connection among whales, as much as between humans and their environment. At the Summit, Grenier joined tech company Dell’s project aimed at using recycled plastics collected from waterways and beaches in their new packaging tray. Dell is also ensuring that their recycled plastic trays do not end up in the ocean once more, by stamping each tray with a recycling symbol, so that it will hopefully be reused again. In collaboration with the Lonely Whale Foundation, the packaging will provide educational information to raise awareness about ocean ecosystems.

The importance of not allowing the recycled plastic to be returned to the ocean but instead to reenter the cycle and be reused stands at the basis of the blue economy, which, similar to the circular economy, considers that ‘waste’ does not exist. What is waste for a company or industry, can and should find use elsewhere, creating a constant loop of reuse and upcycle. The destination of each individual component of a product by the end of its lifecycle is to be decided at the design stage. It is also at this stage that research can help identify whether the raw materials in the product can be sourced from end of life components of products already on the market. Such an economy of constant reuse would decrease waste and reduce plastic pollution, while also providing an answer to the decreasing availability of raw materials in what is now recognised as a planet with finite resources.

Another company that has started experimenting with the circular economy is carpet manufacturer InterFace, which in 2012 partnered with the Zoological Society of London (ZSL) to create the Net-works project. The objective was to help coastal communities affected by decreasing fish stocks while resolving the problem of discarded fishnets in the sea. Working with partners in Thailand and Cameroon, the project paid $1 per kilo of recuperated fishing nets from the sea. Once recuperated, the nets underwent a process of transformation into the base material for a range of carpet lines. For Nigel Stansfield at Interface (see video above), this is a viable project because what started as a corporate to charity collaboration, became a business model profitable for both the fishermen and Interface. Although a commendable effort, the circular economy model requires Interface to take responsibility for the carpets’ end of life usability. Unfortunately, it is still simpler for fitters and the wider construction industry to discard old carpets at a tip, rather than retain and pass them on as materials to be reused, or upcycled, by another industry. Because of this, the loop is not closed and even carpets that originate from fishing nets may end up as waste.

The collaborations between Dell and The Lonely Whale Foundation and the work of Interface with ZSL, show that beyond a collaboration for ‘good’, there can be viable and sustainable business ideas. Local economies gain labour intensive income streams, while companies are presented with good alternative sources of raw materials. An increase in collaboration across sectors, a conducive policy environment, companies taking responsibility for the entire lifecycle of their products, as well as changes at the design stage, would set the premise for a more sustainable, circular economy that would in turn, support an economic case for protecting the oceans.