California Trumps the US President on climate change 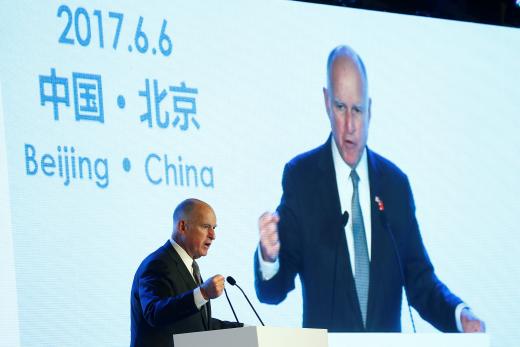 As Donald Trump aims to exit the US from the Paris Agreement, the biggest economy in the country assumes leadership on tackling climate change.

California is the only US state to have a cap and trade scheme in place. It was set to expire in 2020, but an extension of the scheme has been passed by the California legislature. The new scheme will run until 2030, and the only remaining task was for California Governor, Jerry Brown, to sign it into law.

Not only was the scheme extended, but it was also strengthened by requiring large industrial facilities to upgrade old equipment with cleaner, more modern technology by 2023. The new cap and trade scheme also looks to reform the one it is replacing by curbing the number of free carbon allowances by 40 percent by 2030. It also requires that offsets be sourced from California, not elsewhere. California’s cap-and-trade plan sets a state limit on emissions of greenhouse gases and lets companies, such as factories and refineries, buy and sell permits to emit carbon dioxide

There was doubt whether the legislature would be able to pass the legislation as it had failed on previous attempts as liberal members feared it did not go far enough, while moderates feared the impact on business. In the end, even though only one Republican voted in favor of the bill, the Democratic supermajority prevailed and the bill was passed with a majority of 55-21.

My statement on the Legislature’s passage of #AB398 and #AB617 to #ExtendItNow and combat air pollution. #CapandTrade #ActOnClimate 🌎 pic.twitter.com/vHfBQ9wRxr

The Californian governor was delighted that a bill he had campaigned for was passed: “Tonight, California stood tall and, once again, boldly confronted the existential threat of our time. Republicans and Democrats set aside their differences, came together and took courageous action. That’s what good government looks like,” Brown said in a statement.

Cap and trade, a tricky business in the US

The cap and trade scheme uses market forces to cut emissions, with permits being traded, and it is similar to EU’s emission trading scheme (ETS), (although many advocates for action on climate change prefer an actual carbon tax). But other US states have not had any success in passing either a cap and trade scheme or a carbon tax. Even Barack Obama’s first move on tackling climate change was to propose a cap and trade scheme, though the bill never made it past the House and the Senate. Amongst climate advocates in the US and abroad there will be optimism, that at least, California drives forward robust climate policies.