Editorial: Americans, If you care about a living climate you must vote Democratic at the midterms

One of the hottest contested race in the US midterm election is that of the Texas Senator seat currently held by climate denier Ted Cruz. The once safe seat is being challenged by Democratic candidate Beto O’Rourke, with the latter proposing a pro-climate change and clean energy agenda.  Photo credit: Tom Reel-Pool/Getty Image.

On November 6th, Americans across all 50 states will go to the polls in the midterm elections which shadow only the US Presidential Election in terms of importance. All of the 435 seats in the United States House of Representatives, 35 out of 100 seats in the United States Senate, as well as 39 state and territorial governorships and numerous other state and local elections, are all up for grabs.

Historically the midterm elections are seen as a referendum on the incumbent president. And generally, it is expected that he will lose some of his power. That happened with Barack Obama as he lost the House in 2010. And this may well be true again as polls indicate that Republicans could lose control of the House.

Since his inauguration in January 2017, Donald Trump has been busy ripping apart many of Obama’s policies, including on the environment, climate change and energy. Many Republicans might not have completely agreed with Donald Trump`s attack on environmental policy and the ability to tackle climate change. But many do not feel that strongly opposed to it, and as a result, they do not feel compelled to speak up against it.

While bipartisan support and efforts have never been more important in tackling climate change this is something that is hard to come by with the Republican party. The honest truth is that many Republicans really love what Trump is doing. Therefore, the simple truth is that if we want to tackle climate change and reduce emissions to what the science demands, it is really crucial to restrict as many Republicans as possible from holding office. Once we have a core group of Republicans who agree with the need to take action on climate change it is a different matter, but until then they must be denied office.

However, it is also true that not all Democrats are strong on climate. And they too could, in fact, do with an injection of ambition. But it is rare to find a Democrat who denies the reality of human-induced climate change and the need to take action on it; just as it is rare to find a Republican who accepts the scientific findings on human-induced climate change and think this is something we should take action on.

Fortunately, there is a significant number of progressive Democratic candidates standing this year. If elected they could help to make climate change a key issue for the party across the country. Also, crucially, they could help halt the Trump administration’s disastrous attack on policies to combat climate change. They can safeguard the environment, protect clean water and air, instead of giving the dirtiest industries a free license to pollute as we are seeing under the Trump administration. 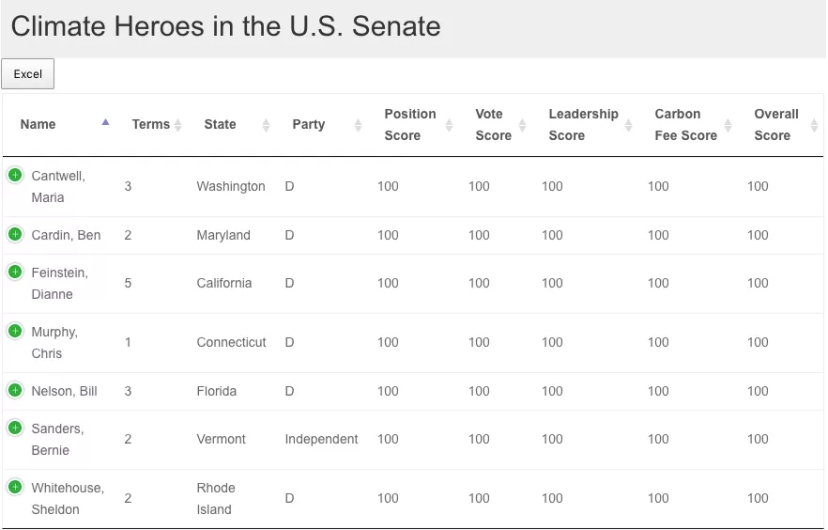 Most Americans, whether Democrat or Republican, accept that climate change is happening and that humans are influencing the changing climate. In the past, other issues have taken priority over climate change and they voted a climate denier into office. We cannot let that happen this year. There’s a golden opportunity to reverse Trump’s direction on these crucial issues.

When going to the polls on Tuesday, Americans should vote with the planet in mind. The scientists behind the latest report from the Intergovernmental Panel on Climate Change (IPCC), released last month says we have no time to waste. There are just 12 years to halt dangerous runaway climate change. You can do your bit by voting in a pro-climate candidate, and as you do so tell your friends and family to do the same. Your kids, grandkids and the planet will thank you.