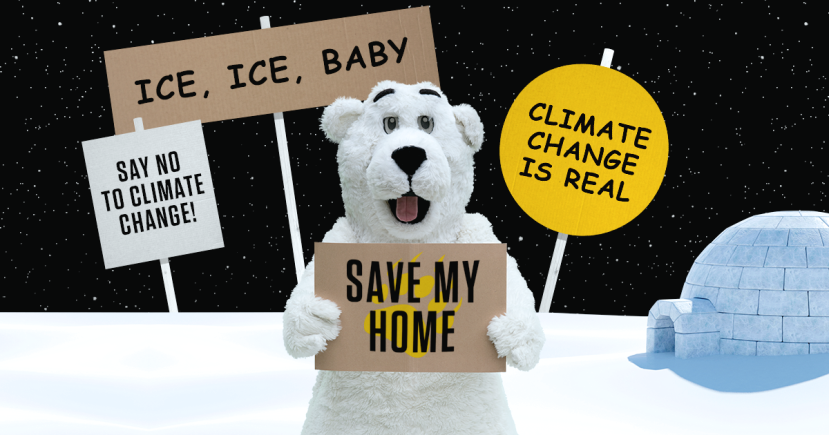 The PR company Impero has mocked US President Donald Trump for his climate denialism.

Mocking his dislike of all things ‘fake news’, Impero say that climate change fits no such pigeonhole. They highlight that the warming of the planet and loss of ice cover in the Arctic means two-thirds of the world’s polar bears could disappear within ten years. As a result, they have launched Trump’s Xmas Meltdown, an arcade-style game which aims to protect polar bears, just one of many beautiful species who stand to be destroyed as the ice caps continue to melt.

The agency has used the iconic climate change symbol of polar bears, used by so many environmental organisations to highlight the plight facing a warmer world.

Impero says money raised from the campaign will be donated to the polar bear conservation charity Polar Bears International.

They argue that 2017 has been a tough year for the planet, and without mentioning any names they say many of us have watched dumbfounded from the sidelines as certain world leaders have made senseless decisions. One such decision, they say, was when the US announced they will leave the Paris Agreement. They mention that at the time of the agreement every country accepted that without great efforts to reduce emissions, temperature increases would continue unabated – a climate no polar bear has ever known.

In Trump’s Xmas Meltdown players will be able to give the US president a taste of his own medicine. Players will task an adorable polar bear to safely, by using a series of meltdown techniques, melt an ice sculpture of Trump.

Their objective is to unite polar bear supporters to collectively help tackle climate change by turning a negative into a positive through gamification and a bit of Christmassy humour.

Polar Bear International will, alongside a £1,000 donation from Impero, receive all of the donations the game receives.

Creative Director of Impero Michael Scantlebury said, “This year, as an agency, we decided to give back, have some fun, and do some good for the planet. With flippant comments like, “where is climate change” and “global warming is an expensive hoax”, what hope will the polar bear population have in surviving the melting polar ice caps if we don’t do something now, by trying to impact change wherever we can.”

You can play the game here or go straight to the donation page here.