Year in review – 2017 a mixed picture for the climate 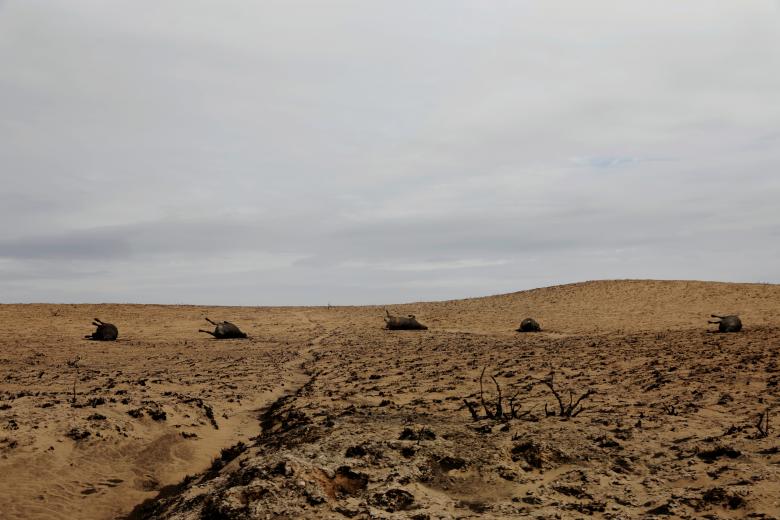 2017 was rich in developments, both good and bad. But, except from the US, the World has never seemed more determined to tackle climate change.

This blog has in recent years earmarked how the now former US President Barack Obama was a key factor in the world’s resolve to tackle climate change. The US’s climate leadership ended abruptly in 2017. Towards the end of 2016, there were increased concerns about what a Trump Presidency would mean for climate change. And from day one it quickly became apparent, that the US could not wait to give away their climate leadership position, which it had taken the Obama administration years to build up. 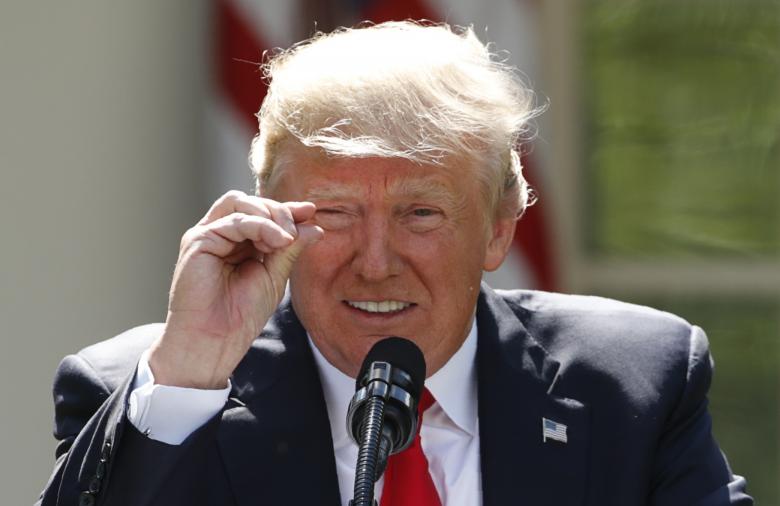 President Trump refers to amounts of temperature change as he announces his decision that the United States will withdraw from the landmark Paris Climate Agreement, in the Rose Garden of the White House. Photo credit: Reuters / Kevin Lamarque.

Day after day Trump moved on with his campaign promises, removing climate change from government websites, the Environmental Protection Agency (EPA), NASA and NOAA, and either weakening or getting rid of crucial climate and energy regulations and incentives that prioritised renewables over fossil fuels. And in June the big one occurred that many had feared. He announced he would withdraw the US from the Paris Agreement. He can, though, only begin the process in three years time. And the process itself will take a year, which means that the next US president could reverse the decision.

But Trump’s anti-climate rhetoric has not come without opposition, even from his own administration. And the fact that it came from an oilman shows just how extreme the Trump’s position on climate change is. US Secretary of State, Rex Tillerson, former CEO of oil giant Exxon Mobil, had been vocal in his support of the US staying in the agreement. And spearheaded by former New York City Mayor and climate advocate, Michael Bloomberg, a coalition called We Are Still In was formed, which included states, cities, companies, and organisations who said that they would still adhere to the Paris Agreement.

But the tide might start to turn on Trump, as a few congressional elections have seen Democrats defeating Republicans. The latest being Doug Jones ousting Roy More in the Alabama US Senate election (no Democrat had won there for 25 years), meaning it will be harder for Trump to get his anti-climate moves through. Some argue this is just a taster before the 2018 midterm elections.

The President of France Emmanuel Macron at COP23. Photo credit: UNclimatechange via Flickr.

The US’s exit from climate leadership left a position vacant, and it was believed it would either be grabbed by the European Union (EU) or China. But none of the huge economic players rushed forward to take the golden chance. The EU was, of course, one of the early leaders of action on climate change. But in recent years their leadership had started to become less apparent with no renewal of ambition. And preoccupied with Brexit talks, the climate dropped down the EU`s list of priorities. The push anticipated by China never appeared either, as they were struggling to curtail coal supply and demand.

But up onto the stage steps France’s newly elected centrist president, Emmanuel Macron, who had made climate change one of his key election promises. And it wasn’t just empty promises as he pledged that France would end coal use by 2021, making it by far the most ambitious policy in Europe, and they would also ban all new fossil fuel extraction.

On top of that President Macron offered a lifeline to the climate scientists abandoned by the Trump administration encouraging them to come to France, and promising there would be opportunities and grants available to them there. And in a further rebuttal to Trump, in December he hosted a climate summit in Paris to which the US and Trump were not invited unless they reversed their decision to leave the Paris Agreement.

Merkel on the sidelines

As Macron emerged as a climate leader, it looked different for another European leader who had once sought to claim such a position, Germany’s Chancellor Angela Merkel. It became apparent that she could no longer claim that status. While most other EU countries had been reducing emissions, in Germany they in fact rose. This is due to increasing coal usage, arguably caused by rapid nuclear decommissioning. New renewable energy capacity has failed to make up for what was lost due to the nuclear decommissioning. At COP23 Merkel admitted that Germany had a problem with coal usage. But currently, she has enough political problems of her own to deal with at home. Since she won another term in the German federal elections in September she has failed to put together a coalition government, talks having collapsed – ironically phasing out coal is one of the sticking points.

A goodbye to intermittent renewables

Year on year the renewable capacity has continued to increase, while the technology has become cheaper and efficiency has increased. This was no exception in 2017, and another crucial improvement also happened, that is important progress on energy storage. This is necessary in order that renewables can stand on their own feet, and does not need the assistance of fossil-fuelled power plants on standby, and thus making it easier to balance out the grid. But the improvement in this area did not come from large centralised grid-based storage, but from decentralised home energy storage systems such as Tesla’s Powerwall. This is not only helping to get more out of renewables but will also change how we can consume energy and make it more decentralised.

The emerging of blockchain

On decentralised energy, we also saw 2017 being the year where blockchain technology also emerged as a solution for clean energy and climate change. The technology that underpins crypto-currencies like Bitcoin went mainstream in 2017, and we saw the emergence of projects like the Brooklyn Microgrid. The project uses blockchain technology so that neighbours can trade energy with each other and bypass the big energy companies. The company behind the Brooklyn Microgrid LO3 Energy and other companies such as Powerledger are planning a host of similar projects next year. In the meantime, we are seeing many other blockchain ideas emerge which seek to deal with both climate and energy issues.

In 2017 we were again warned about the stark reality of climate change, and how much work there is still to do. Two published reports showed just how far we still have to go. After three years of little or no growth in annual carbon emissions, in 2017 they were projected to grow again – highlighted in the annual Global Carbon Project. And the newest edition of the UN’s annually released Greenhouse Gas Bulletin, compiled by UN agencies, the World Meteorological Organization (WMO) & Global Atmosphere Watch (GAW) stated that the concentration of greenhouse gases (GHG) in the atmosphere saw record growth in 2016. During all the years of human habitation on Earth never before has the concentration of greenhouse gases been so high.

The plight of the Great Barrier Reef

2017 presented itself as one of the darkest years yet for the Great Barrier Reef – the largest coral reef in the world. Aerial and underwater surveys demonstrated further bleaching to the reef resulting in widespread damage spanning 8,000 km and impacting two-thirds of the reef. Scientists said that this level of bleaching was unprecedented outside an El Niño period. This represents back-to-back bleaching events in 2016 and 2017, thus making it much harder for the reef to recover. 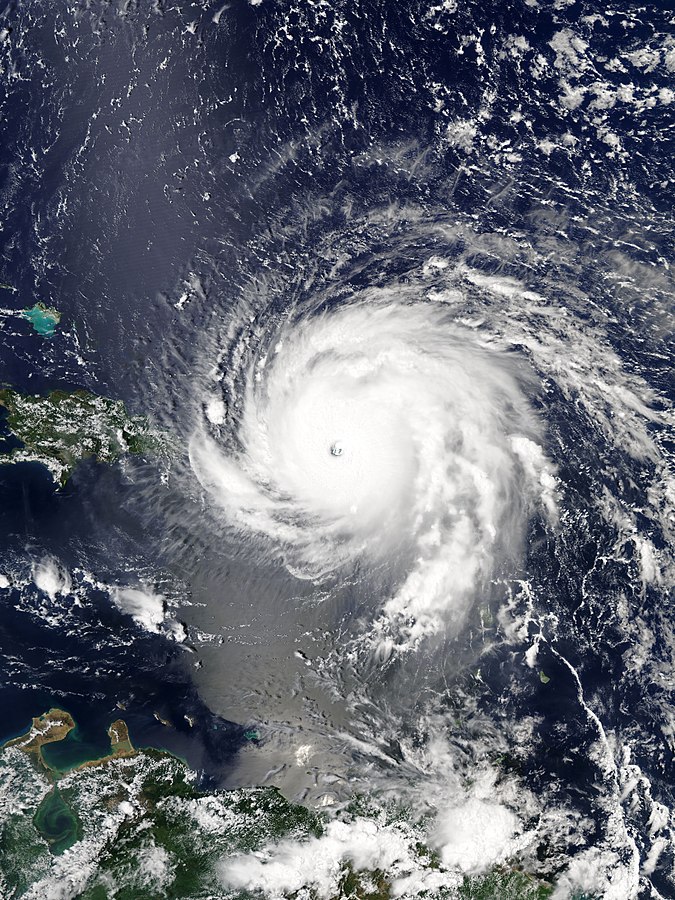 If one was still unsure that our climate is changing, you only had to look at extreme weather events happening across the globe. And the US, the world’s largest economy, appears to have suffered more than usual. It was an unprecedented year for hurricanes which attacked several coastal areas and at one point two category 5 hurricanes were happening at the same time. This has never happened before, while forest fires sweeping through parts of California and British Columbia seemed to be never-ending. And from early December through the month, California was hit again, with the Thomas Fire set to be the worst wildfire they have ever experienced.