The bloom of vertical gardens 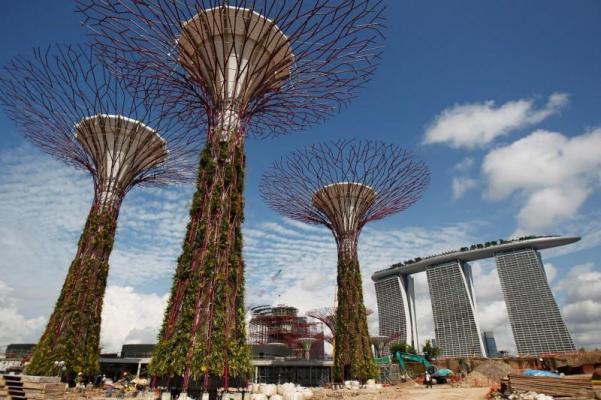 From concerns about the depletion of the ozone layer to studies about urbanization, air pollution has been at the forefront of environmentalist discourse for at least the past century. Such discussions are valid, as shown by a recent study produced by the Health Effects Institute, which found that more than 95 percent of the world’s population breaths polluted, unsafe air.

How can this worldwide problem of air pollution be faced? Many cities around the world are turning to vertical gardens. 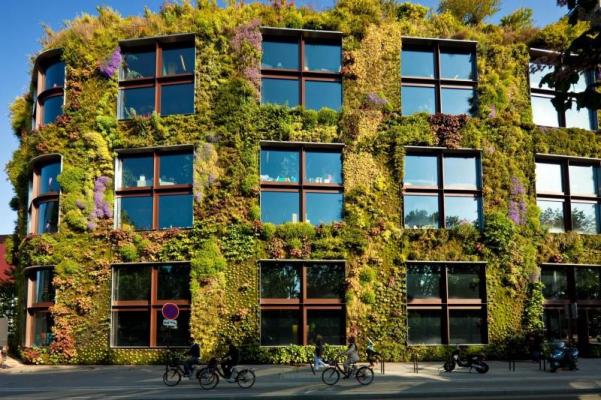 What are Vertical Gardens?

Like its name suggests, a vertical garden is a garden that grows upward (vertically) using a chosen support system, rather than on the ground (horizontally). In our previous newsletters, we’ve discussed vertical farming and its role in the future of food. Today, we look at vertical gardens in relation to improving air quality.

There are several urban spaces these vertical gardens can grow along, such as buildings, walls, and structural columns. Essentially, these gardens have the effect of improving the air quality because plants are natural filters that remove carbon dioxide from the air and replace it with one of our vital life sources — oxygen. 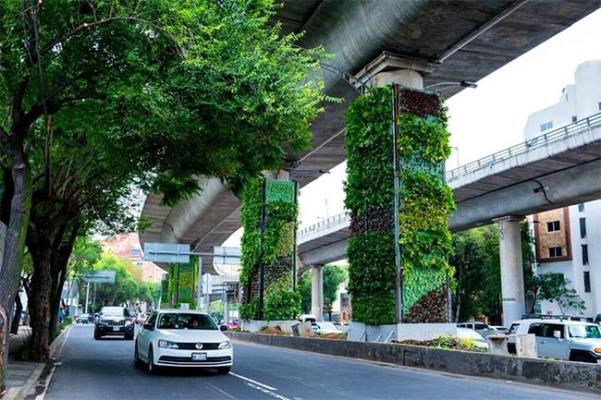 The vertical gardens that align some of Mexico City’s busiest highways display the extent at which this innovation can be applied. Since 2012, the Via Verde(Green Way) project has been planting vertical gardens on structural columns that support flyovers and elevated roads around the city. Impressively, more than 600,000 square feet of vertical gardens have been established, which has transformed more than 1,000 concrete pillars of the city’s elevated highway in order to improve the air quality and visual appeal.

How does the Via Verde project work?

Mexico City’s vertical gardens coincide with the environmentally friendly aim of reducing air pollution. From the water to the soil used, the gardens rely on sustainable measures. Not a single drop of potable (drinkable) water is used. Instead, the elevated highway surfaces capture rainwater, which is then cleaned by Via Verde and used in combination with grey water to keep all 500,000 plants alive.

Not only do Mexico City’s vertical gardens use a sustainable source of water, but they also reuse plastic. A specific felt has been developed by Via Verde for the plants to grow in; this felt is made from plastic and has a similar consistency to soil. 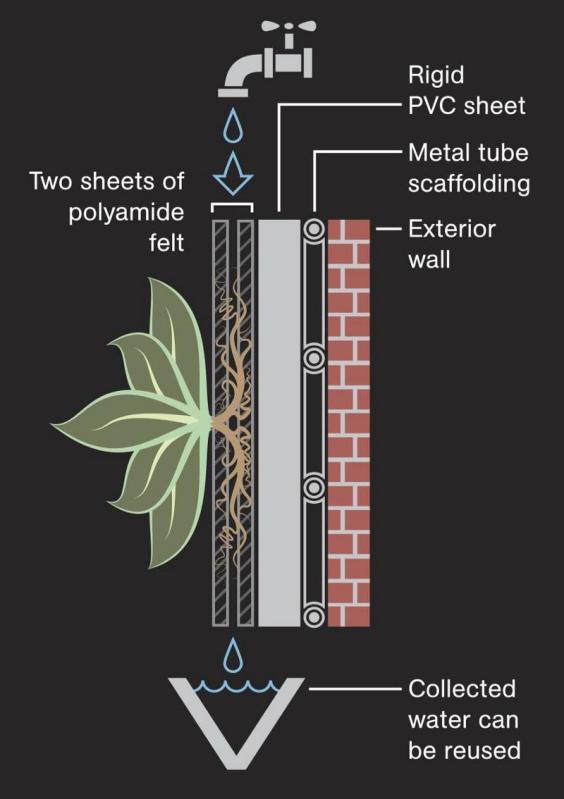 What are Via Verde’s environmental effects?

The outcomes that result from these vertical gardens are impressive. The Via Verde project will produce oxygen for more than 25,000 people per year, take in more than 27,000 tons of harmful gases, and capture more than 11,000 pounds of dust.

Video: We Need This

Perhaps the method we’re more familiar with, vertical gardens are also being grown on real estate, towers and walls in cities such as São Paulo, Nanjing and Paris.

Since 2015, the landscape studio M90º in São Paulo has created 10 vertical gardens throughout the city, transforming unused real estate. In doing so, the city has utilized 62.5 tonnes of recycled waste and reduced the amount of São Paulo’s CO2 by 16 tonnes.

Meanwhile, China is building Nanjing Green Towers, which will provide 25 tons of CO2 absorption each year and will produce about 60 kg of oxygen per day. This is a much-needed outcome as Nanjing has one of the lowest air quality levels in China.

Furthermore, Paris has shown that vertical gardens also reduce significant amounts of air pollution in “street canyons”, which are the corridors between tall buildings. The way this works is the vertical garden in a street canyon traps or sucks up large amounts of nitrogen dixoide and particulate matter, which are both pollutants unsafe for people.

The future of vertical gardens

Guil Blanche, the founder of São Paulo’s M90º, has a vision for the city that coincides with Paris’ focus on street canyons. Based on the large amount of São Paulo’s urban roads that could be turned into green corridors, M90º plans to bring vertical gardens to the city’s main avenues, which will benefit from the environmental and aesthetic impacts.

While green corridors are one avenue for the expansion of vertical gardens, “three scrapers” have also been envisioned. For example, Switzerland has planned to build “La Tour des Cedres”, a 384-foot tower that will support 10,000 square feet of greenery. Milan’s existing skyscrapers, “Bosco Verticale” (vertical forest in Italian), have provided inspiration for these three scrapers. Notably, Bosco Verticale consists of a 256-foot and 344-foot tower that is covered in more than 700 trees and 90 species of plants.

Cheyenne Kabil is the editor of Cleantech Rising.