Images which were taken a year apart document the extent of the drought and heat wave in Denmark. Photo credit: NASA Earth Observatory via Wikimedia.

This summer in northern Europe has been basking in unusually warm sunshine with drought and heat waves reported in many countries, sparked by a prolonged period of warmer temperatures.

Now a group of climate scientists have concluded that climate change played a key contributing role in these drought and heat wave events. Their research has been published at World Weather Attribution.

The finger pointed towards climate change

But this groundbreaking research points the finger directly at human-induced climate change; arguing that it has a large contributing role in these extreme weather events, not only in isolated areas but also across the whole region. In the UK some comparisons had been made to the record-breaking drought of 1976. But what set the 1976 event apart from 2018 was that it was an isolated event – outside the UK everything was cooler. By contrast, this time around a whole region has been engulfed in extreme heat.

The research, which was conducted during the period between 1st of May – 24th of July, used weather observation stations positioned in the Netherlands, Ireland, Denmark, Norway, Sweden and Finland in combination with several climate change models. 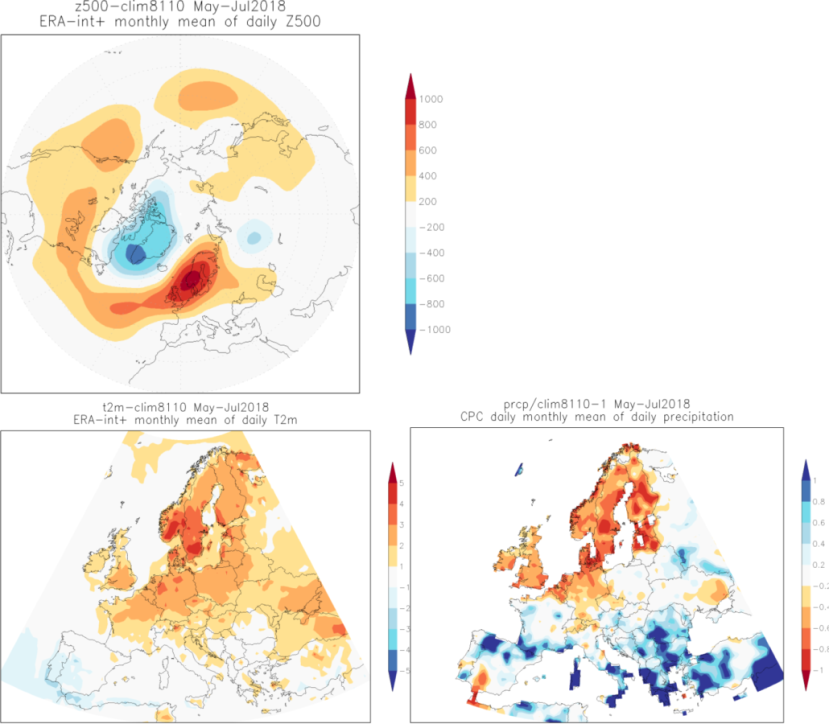 The research states that the summer of 2018 has been remarkable in northern Europe. A very persistent high-pressure anomaly over Scandinavia (see above) caused high-temperature anomalies and drought there from May to – at least – July. These anomalies reached as far southwest as Ireland. Southern Europe was also unusually wet, with damaging thunderstorms in France in the first half of June. Though these results are exceptional, scientists caution that a fuller picture will not emerge before the end of Northern Hemisphere summer season. They also underlined that the very variable summer temperatures Scandinavia experiences may have obscured the results.

However, the report goes on to say that anthropogenic climate change has increased the likelihood of such a heat wave occurring again – making it two times more likely. They also state that as global temperatures continue to rise, the probability that such events will happen again is also increased. This will be the new normal. 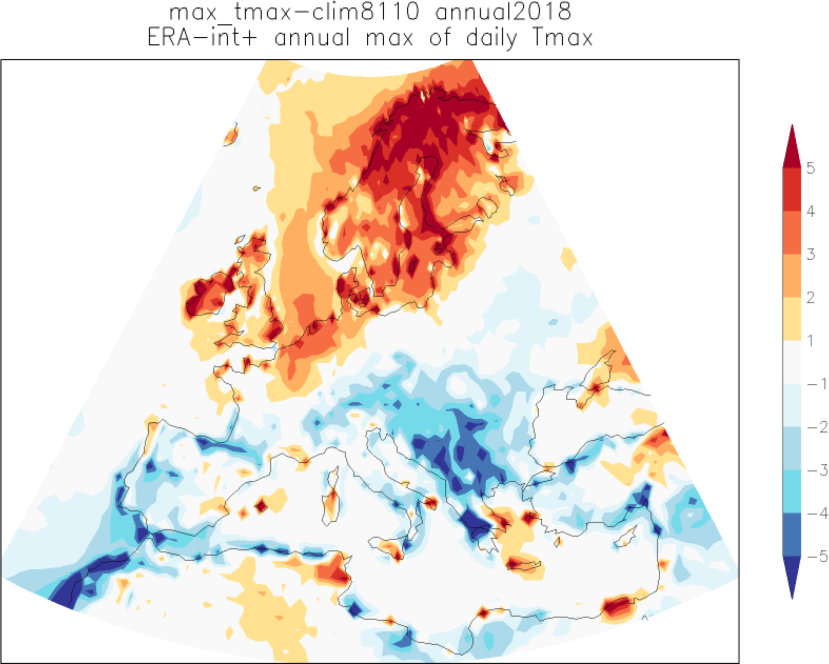 This remarkable image (see above) not only shows clearly how northern Europe is much warmer than southern Europe which is very unusual. But it also shows that the highest anomalies were in northern Scandinavia and in western Ireland, with heat waves already more than five degrees warmer than the average hottest three days of the year in 1981-2010. Additionally, the Netherlands are also experiencing a heat wave that is forecast to be about three degrees warmer than normal in the 3-day running mean. Furthermore, scientists expect this map to show more red areas after the summer because there could well be hotter periods in August than the ones shown.

The research underlines that their analysis looked at local weather stations in northern Europe where people are experiencing the heat wave today. They made it clear that in individual locations the interannual variability in summer temperatures is much larger than average temperatures should suggest.

It further states that these heat wave events broadly represents what climate models have been predicting. They do, however, stress that the effects of climate change can be harder to detect in individual places. That’s why the researchers decided to focus on observation stations only in this analysis.

Scientists further explained that the more north they look, the more extreme the weather events become. In an observation station in northern Finland, temperatures are expected to be higher than anything that has been measured before in over a hundred years worth of date.

Responding to this research, the World Wildlife Fund’s (WWF) head of Climate Change and Energy, Gareth Redmond-King stated: “This analysis confirms what we already know – that we are suffering an extreme weather event caused by climate change. World leading academics are warning us that, like a disaster movie, this is going to get worse and we know this will impact our nature, wildlife, people and food supplies. We urgently need ambitious action to cut our emissions and to build a cleaner, greener economy to tackle climate change before we pass the point of no return that we are so very near”.

As stated this research is a work in progress and will most certainly be altered as the summer continues and as such has not yet been peer reviewed.