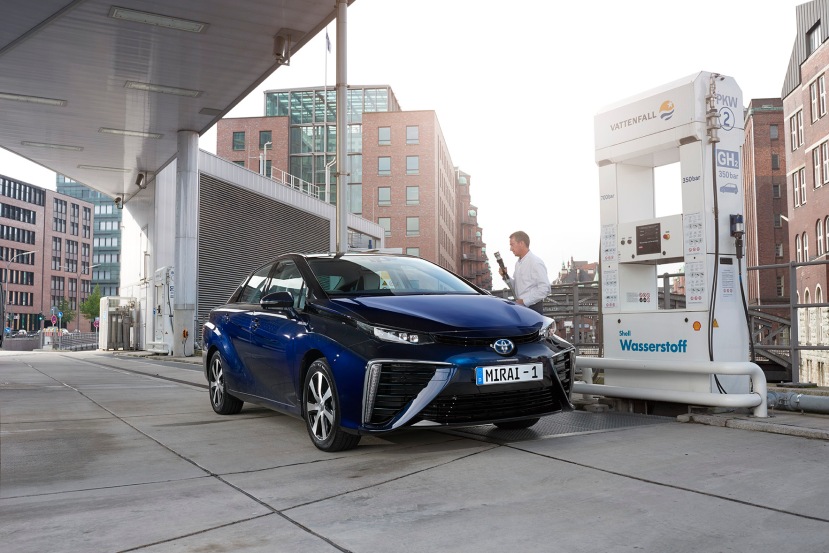 A €26 million pan-European policy initiative has been introducing 180 fuel cell electric vehicles (FCEVs) into a combination of taxi, private-hire and police fleets. The FCEV fleet will run on hydrogen gas as a fuel. A fuel cell transforms the hydrogen directly into the electricity needed to power the vehicles and produces no emissions other than water. The ZEFER project will see these vehicles in regular use each day, creating a hydrogen demand from each vehicle roughly four times that from a normal privately-owned car. The project organisers argue that this will help to ensure high utilisation of the early networks of hydrogen fuelling stations which are already operating in each city. They say that in return this improves the economics of operating the stations and hence helps accelerate the commercialisation of hydrogen as a zero-emission fuel for Europe’s cities. ZEFER launched earlier this year with the aim of demonstrating the benefits of zero-emission fuel cell cars for large urban fleets.

The project is delivered by a consortium led by Element Energy, including hydrogen suppliers (Air Liquide and ITM Power Trading Ltd), and vehicle end users (Green Tomato Cars, HYPE and the London Mayor’s Office for Policing and Crime). Also involved are observer partners (BMW and Linde AG) and partners supporting the analysis and policy conclusions (Cenex and the Mairie de Paris).

The project will see 180 hydrogen fuel cell electric vehicles such as taxis, private-hire vehicles and police cars deployed in Paris, Brussels and London.

So far the project has received funding worth €5 million coming from the Fuel Cells and Hydrogen Joint Undertaking (FCH JU), a public-private partnership which supports fuel cell and hydrogen energy technologies in Europe. The 180 FCEVs will be procured from the vehicle manufacturers able to offer state of the art hydrogen fuel cell cars in Europe.

A low emission UK taxi company, Green Tomato Cars, kick-started the project by deploying the first 25 vehicles in London. The company’s Managing Director, Jonny Goldstone, said about the project: “This is a truly unique project where investors in hydrogen technology, manufacturers of hydrogen cars and Green Tomato Cars as the end users, have come together with a commitment to make hydrogen transport work for the good of the people and the environment.”

Commenting about the project, Ben Madden, the Director at Element Energy, said: “We are delighted to be leading this major project which will demonstrate the commercially viable use for hydrogen fuelled vehicles in high mileage urban fleets. The increasingly widespread hydrogen infrastructure network in leading European cities, as well as new FCEV models from manufacturers, are beginning to drive real market adoption.”

In the world of electric vehicles (EV’s), FCEV has been rather over-shadowed by EV in recent years as the latter edge closer towards mass adoption. But many have argued that we would be foolish to write off FCEVs. Today they are probably where EVs were ten years ago, and by adopting FCEV’s we could rid ourselves of the range anxiety problems plaguing EV’s.