Analysis: How a popular cycling team turned colour from green to grey 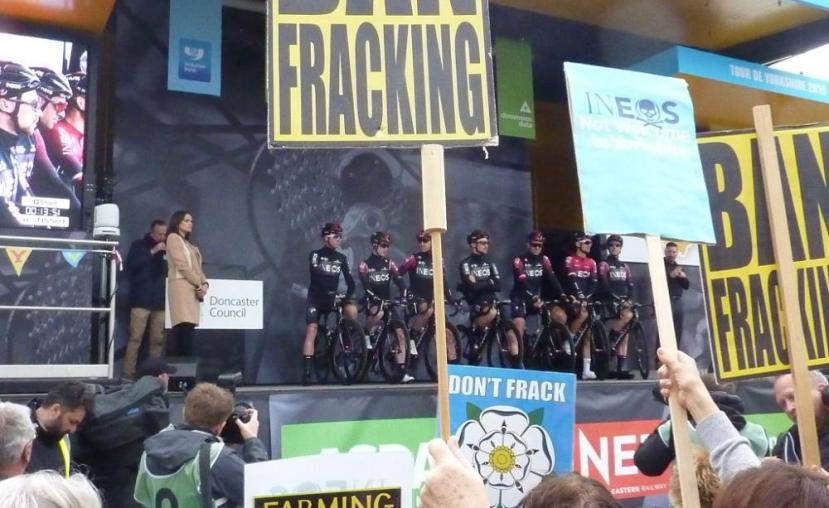 For the next three weeks, cycling enthusiasts will be glued to their TV screens watching the biggest race in the cycling calendar, Tour de France. But this year something is different.

The creation of the British cycling team, Team Sky, quickly became a sensation. Not only did it put Britain on the global cycling map, but it also stimulated a huge interest in cycling across the UK itself.

Team Sky initially partnered with conservation and climate change NGO the World Wildlife Fund (WWF), promoting their causes such as ocean conservation and deforestation to millions of viewers around the world through the advertisements on their shirt, vans etc.

But this year, Sky abruptly brought on a different sponsor, Ineos, was announced, calling themselves the new name Team Ineos.

The average person might not have heard about Ineos but if they were inclined to Google them, they’d realise Ineos is a petrochemical company; an unfortunate contrast to WFF.

Ineos’s owner Jim Ratcliffe, recently named Britain’s richest man, is a key advocate of the shale gas industry in Britain and is known to have lobbied the UK government to relax rules surrounding shale gas extraction.

The current UK government wants to encourage the production of shale gas, something which angers environmental and climate campaigners. The opposition against shale gas exploitation in the UK currently is led by Friends of the Earth (FOE) and Greenpeace, as well as a host of independent opposition groups across the country.

The government insists it has robust enough environmental regulations in place to protect the countryside and local communities from any negative impacts of fracking, and it’s precisely these regulations that Ratcliffe is lobbying to overturn. As it turns out, Ineos currently has licenses to explore more than one million acres of the UK for potential shale gas extraction.

During the British cycling race Tour de Yorkshire in April this year, intense protests took place against the team for this reason and many die-hard fans have openly said they won’t be able to continue to support a team that so proactively promotes fossil fuels.

Tour de France is known for its various protests along its route; it remains to be seen whether Ratcliffe and Team Ineos feature in these this year?