Shell CEO: We have got things badly wrong in the past 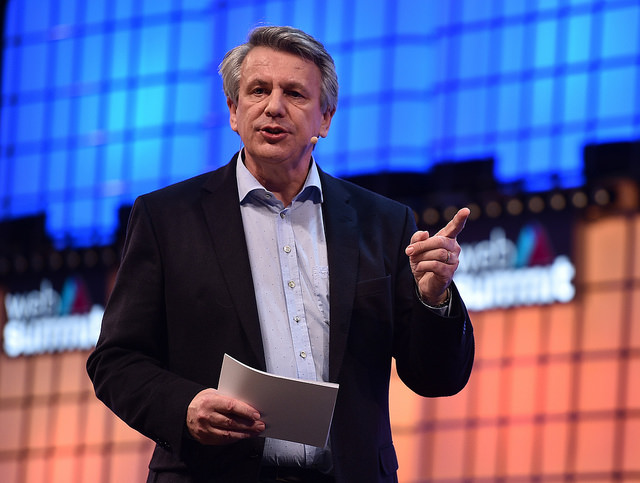 There’s a breath of fresh air at one the world’s largest fossil fuel companies, the Anglo-Dutch company, Royal Dutch Shell. The company is taking climate change seriously as well as investing in a more diverse workplace – that, at least, is the message its CEO, Ben van Beurden, is trying to convey.

Addressing one of the world’s largest tech conferences, the Web Summit, Beurden admitted they have got things terribly wrong in the past, and that those mistakes still haunt the company.

As there’s a growing focus on the unethical practices of Big Tech, van Beurden had been asked to give his views of what the tech world can learn from the mistakes of Big Oil.

Burden appeared to take a humble approach and said there’s no doubt that the company have gotten some things seriously wrong. He said as a result of this, trust in the company has eroded in many parts of the world.

He highlighted 2004 as an example of when they got it badly wrong, explaining that some of Shell’s executives deliberately lied about the reserves they had on their books, which turned out to be less than they claimed publicly. “We had to recognise that we didn’t even get the basics right”, Beurden admitted. He was adamant though that Shell is a different company today and they have been working on repairing their image, and every executive that is found to act unethically will be exposed and condemned – though he did not go as far as to say that they would be dismissed.

Another example he singled out was their commitment to the environment, citing their track record in Nigeria.

He went on to say that the company did not get the basics right; “when that happens there are only three things you can do. Say sorry, really learn from that and thirdly repair the damage that you have done”, he said.

But he said repairing the damage is harder than it sounds and they ’re still embedded in the aftermath of 2004 and the oil leaks in Nigeria is still there.

When it comes to the big C – climate change – Beurden said that his company and industry had to admit that producing and using energy produces greenhouse gas emissions which, in turn, causes climate change. We have to work with reducing emissions, he underlined. He said the answer was to engage with society around these issues. Though he didn’t offer any clear pledges or strategies to reduce emissions apart from saying they have to do more and will do more. He said they’re committed to producing clean energy to communities who today do not have access to electricity, saying they would create access to energy for 100 million people in places like Africa.

Beurden believes we would need a massive overhaul of our energy industry to get on to the 1.5 degrees C pathway and that we have to invest in electrification, and create an electrical system there are five times as big as today.

He said Shell also get things rights and was clear in underlining that they contribute to society in the shape of the jobs they create, “Wherever we invest we create prosperity”, Beurden stated. He went on to say that Shell as a company serves society as energy is important to the modern economy, and we depend on it for our livelihood. Our food and our products all rely on energy produced from petrochemicals, he explained.

He concluded his talk by saying you want to stay in step with society otherwise society will leave you behind. He had started his talk by asking, “Do you trust me to do the right thing on climate change?” He was hoping that his determination to get basic things right and saying that Shell can never get involved in another incident like that in the Niger Delta will start the trust to return to Shell.

Some climate advocates might find Beurden’s remarks hypocritical. Saying, Shell, creates prosperity everywhere they invest but also mentioning the Niger Delta oil spill in the same talk is a strange kind of doublethink, for instance.

Between and 1976 and 1996 around 2.4 million barrels of oil was spilt in the Nigerian delta system, the Niger Delta. Shell is largely held responsible for this and has been accused of nothing having done enough to clean it up or securely stopping the leaks.

In 2004 Shell overstated its reserves by 20%. This lead to the resignation of their finance chief Judith Boynton.