Opinion: Climate change: 1.5°C is worth striving for – but is it feasible?

When the Paris Agreement in December 2015 called for the IPCC to put together a “Special Report” on Global Warming of 1.5°C, scientists knew very little about the exact differences that half a degree makes (1.5°C versus 2°C). Never before have so many independent studies been conducted at such short notice, in order to meet this pressing question of the global climate negotiations community. Is a warming of 2°C above pre-industrial levels sufficiently low a limit to avoid dangerous anthropogenic interference with the climate system, and, if not, can we implement a lower limit?

Many researchers worked tirelessly to get their scientific publications accepted before the cutoff deadline in May 2018. And now we have the assessed result of their studies, summarised in about 30 pages.

So what have climate scientists learned?

First, nothing fundamentally new or surprising has arisen. I vividly remember being involved in crafting the sentences on climate change impacts at different temperatures in the IPCC’s previous full assessment round, which was finalised in 2014. We concluded that more warming increases the likelihood of “severe, pervasive, and irreversible impact”, that “some risks of climate change are considerable at 1 or 2°C above pre-industrial levels” and that “the overall risks of climate change impacts can be reduced by limiting the rate and magnitude of climate change”. It is important in interpreting the new report that the IPCC has never said that 2°C was “safe”.

The 2018 report now puts the particular differences between 1.5°C and 2°C under a magnifying glass. And it comes up with numbers to demonstrate the significant difference between the two, like in a statement that the lower temperature would mean 50% fewer people “exposed to a climate change-induced increase in water stress”.

I also remember very well that another IPCC contact group that I co-chaired, in Berlin, concluded that reaching a 2°C target would probably entail large-scale afforestation and/or production of bioenergy with carbon dioxide capture and storage (BECCS). 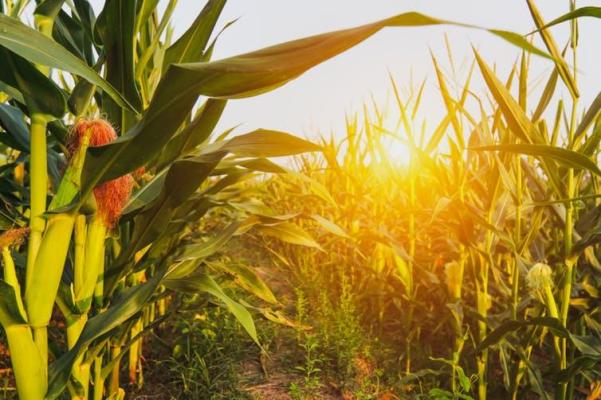 BECCS involves growing plants to take carbon dioxide out of the air, burning them for energy, and then capturing and storing the emitted CO2. Photo credit: Pamas / Shutterstock.

In order to reach 1.5°C, no one should be surprised that the need to suck carbon dioxide out of the atmosphere and store it somewhere will only become greater. And indeed the 2018 report confirms that some sort of “carbon dioxide removal” will be necessary. Its use can remain limited, however (without even the need for BECCS) provided that there are fast and significant measures to cut emissions and “lower energy and land demand”.

Providing the additional, detailed information to policymakers is all very useful. But what strikes me about this latest report is its tone. For the scientists involved it has become apparent (which they never said in so many words before) that the goalpost should be shifted from 2°C (which was already hard to reach) to 1.5°C (which is much harder to reach). Which leads one to ask: if climate scientists are so adamant about this now, why did they not create the opportunity themselves to issue such a warning before? And why did they wait for global leaders to ask them the question?

Politicians have often erroneously pointed to climate science – and the IPCC as its assessor in particular – as having provided the underpinning of the globally agreed target of 2°C. In 2015, the politicians effectively asked scientists to underpin a more stringent target. And they obliged. The scientific community needs to make it as clear as they can that it is not them who have now decided that 1.5°C is “safe”. The IPCC has only provided the evidence base that can inform politicians in their deliberations of whether they indeed wish to stay below that other target in the Paris Agreement, the limit of 1.5°C.

In those deliberations, the feasibility of staying below 1.5°C will feature prominently. And here the scientists will find it hard to admit that the scenarios they have conjured up are not at all realistic – they are more like a pipe dream. If they say, for instance, that large-scale carbon capture can be avoided by implementing incredibly fast and deep emission cuts now, they kind of set the world up for having to implement carbon capture anyway, given the difficulties that are involved in fast deep emission cuts worldwide.

The IPCC did not go further than stating that there are some “feasibility and sustainability constraints” related to many of its scenarios. A smart reader will understand that this means that these scenarios are not really feasible, politically and (since politics is fractured) economically.

Arthur Petersen is Professor of Science, Technology and Public Policy at UCL.