Many parts of the UK got a shocker towards the end of February. Many people must have been pinching themselves wondering what was going on. Instead of being engulfed in the British winter, they were for three days in a row, from Sunday the 24th to Tuesday the 26th of February, sweltering at around 20 degrees C heat in many parts of the country, making it feel more like summer than winter. Tuesday the 26th of February set the record as the warmest ever February day. And across those three days, it was also the very first time that the mercury reached 20 C during any previous winter months in the UK.

For the second day running we've broken the UK record for the warmest winter day with 20.8 °C at Porthmadog, Gwynedd pic.twitter.com/E4VOg6CQAR

And if that wasn’t all strange enough, a series wildfires have erupted in East Sussex in England and near Edinburgh in Scotland. 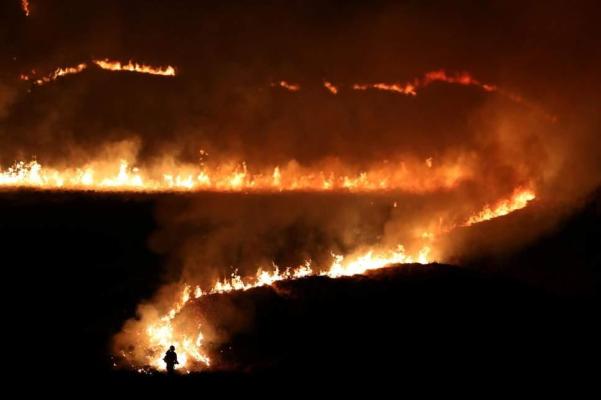 This shows the unpredictability of the British winter. One year ago Britain was experiencing the Beast from the East, with temperatures plummeting to sub-zero for a prolonged period of time, and with unusually cold temperatures. But while many might be careful in linking climate change to that particular weather event, it demonstrated how unfamiliar our climate and weather has become.

On social media, photos were shared of people basking half naked in the sun. On Twitter people passionate about tackling climate change voiced their frustration as to why the media was not linking the extreme temperatures to climate change.

The Green MP, Caroline Lucas was keen to make the link to climate change: I like spending an afternoon in the sunshine as much as anyone, but it’s impossible to shake off the feeling that this isn’t right.” Her statement echoed many people’s feeling that while this is enjoyable it just isn’t right.

We should remind ourselves that just over half a year ago Britain and many other parts of Europe endured a prolonged heatwave also with extreme temperatures.