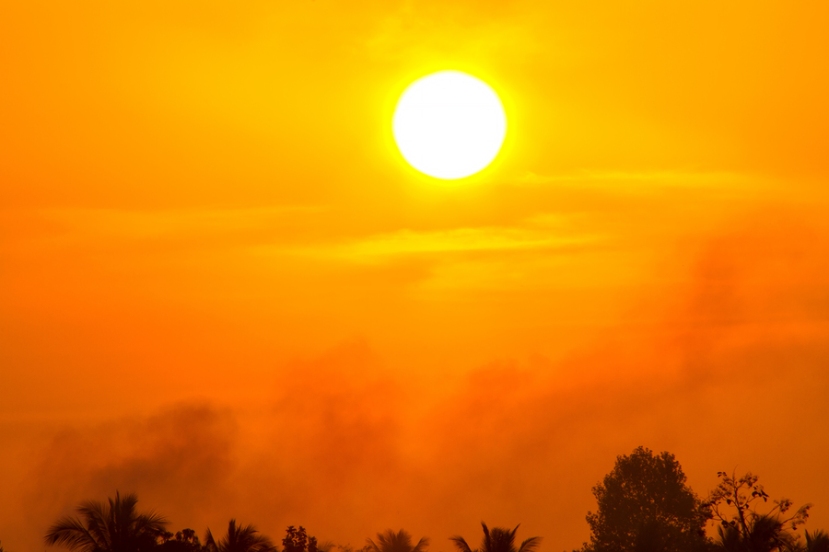 I was hot, very hot. The sweat was dripping from all over my body and more water was leaving me than I could drink in. And I had only taken half a litre of water with me. What a stupid decision I was muttering to myself. How could I have underestimated this need in the heat which we in the West will increasingly have to face

The mercury had topped 30 degrees C.

I was hiking in the French Eastern Alps and in July which is probably one of the hottest months in the region. Some might say that was a foolish choice in such conditions. And I did meet only a few other hikers suggesting that some might have been put off by the heat. Or maybe it was the fact that I was hiking above the French Riveria, and people come here usually for other reasons than to hike.

Me feeling hot and thirsty walking the alps.

As I continued my hike having to take very frequent stops I noticed that my heart rate had topped the maximum levels it should reach during very vigorous exercise. It made me think of David Wallace-Wells`s excellent book ‘Uninhabitable Earth’ which talks about how we as humans deal with climate change and what happens to our bodies.

In particular, one chapter describes how our bodies deal with heat and heatwaves and how prolonged heat can result in cardiovascular diseases, strokes and eventually death.

I suddenly started to become more worried about climate change and in a different way than I had been before. I had never previously appreciated the way in which extreme heat could directly affect the body, and that scared me.

Being privileged to live in the West and the northern hemisphere it is not really anything I have ever personally had to worry about before, but I realise that with runaway climate change I might now have to do so. Relaxing in the sunshine can be nice and enjoyable, but the sun can also be absolutely deadly.

I again counted myself lucky because I probably will never have to suffer like millions of people do each day from extreme heat. In my whole life, I have never entertained the thought that I might suffer from health-related climate events, or not have access to clean drinking water or any water for that matter.

My mind also switched to that climate report produced by the Stockholm Resilience Center last year, Hothouse Earth. That had almost sci-fi elements in it resembling more something out of Lord of the Rings. But with the very recent heatwave in France, and Europe beating temperature records one is reminded that climate change is accelerating faster than ever before, and such scenarios move closer to becoming a reality.

Coming back from my walk in the Alps within the space of half an hour I had drunk 2 litres of water. I cannot remember every before being so thirsty.

But after having been exposed to extreme heat, not everyone has the luxury of being able to do that.