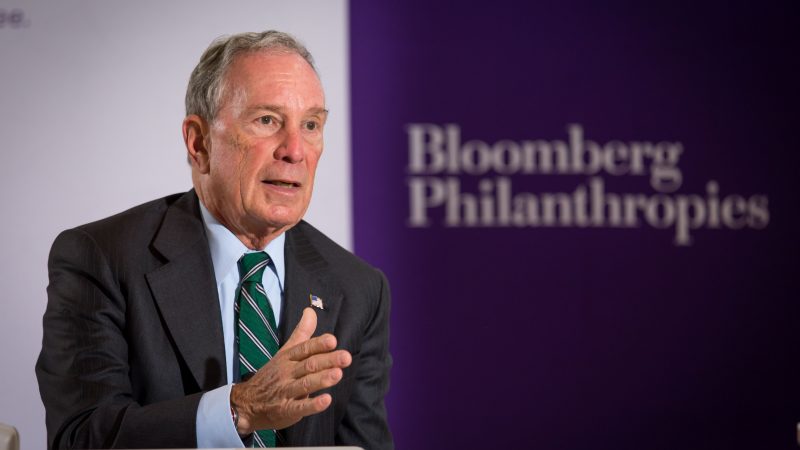 Michael R. Bloomberg the founder of Bloomberg LP has announced plans for a Decarbonization Tracker to be used by utilities.

It will track the progress made by utility companies as they migrate away from fossil fuels.

The billionaire philanthropist made the announcement as he took to the stage of Bloomberg New Energy Finance (BNEF) Summit in New York.

The Decarbonisation Tracker will provide clear metrics which will demonstrate how companies are progressing in moving towards clean and renewable energy sources. It is hoped it will serve as a useful tool not only for utilities but also investors by providing a deeper understanding of the financial implications of continued reliance on unsustainable energy sources. The Tracker will help them to better align their business plans and investment strategies with long-term climate goals.

Michael Bloomberg will be hoping that this latest announcement builds on his reputation as a leader in climate-finance efforts. The former Mayor of New York City, who is also the UN Special Envoy for climate action and heads up the UN-backed Climate Finance Leadership Initiative, said: “Utilities have a critical role in reducing emissions that drive climate change and in stopping the destructive effect it is already causing. We have long known that replacing coal with clean energy is good for our health, but increasingly it’s good for our pocketbooks too. The trouble is, we don’t have access to data that would reveal how utilities are doing in reducing greenhouse gas emissions. The Decarbonisation Tracker will help change that”.

The Decarbonisation tracker will track the progress made by utility companies transitioning away from fossil fuels. In order to meet the commitments agreed at the Paris Agreement in 2015, there’s pressure on utilities to move rapidly from fossil fuels and into low-carbon energy sources.

It was rumoured that Bloomberg could throw his hat into the crowded field of candidates taking on Trump in 2020 US election, but he recently announced that he would instead focus on climate action initiatives.

The Tracker will be developed in consultation with key stakeholders. It is due to be released in full at a climate summit organised by the UN Secretary-General, Antonio Guterres in September this year.