US 2020 election: The Colorado River is drying up due to climate change 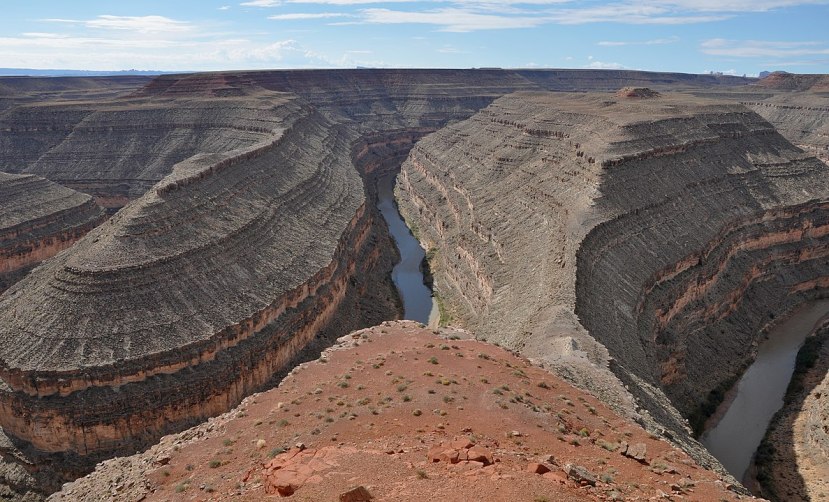 The US Democratic Party primary season is well underway and it is shaping up to be between Joe Biden and Bernie Sanders with Biden having just taken the delegate lead and Sanders just one of the candidates who has put climate change at the very top of the agenda.

More than during any other primary seasons, climate change impacts are playing out in front of everyone’s eyes as candidates make their pitches to become the next US president.

The iconic Colorado River, which passes through several states, is fast drying up due to climate change a new study has found. 2014 was the last time the river reached the ocean, something that will likely never happen again.

The river, which supplies fresh water to approximately  40 million people in the dry southwestern states, is rapidly shrinking. A pape that was published in the journal Science last month found that for every 1 degree of warming the river has declined by 9.3%, due mainly to declining snow levels.

US Geological Survey researchers P. Chris Milly and Krista Dunne set out to investigate how the Colorado River’s water shortages would impact the people depending on it. They started with retrospective research exploring historical data going back to 1912 to build a computer simulation of the river, dividing its vast length into hundreds of sub-areas with unique features like different topography as well as rainfall. The simulation they created allowed them to work out how different climate factors affected the flow of the river. They stumbled upon one crucial discovery; reduced snow cover leads to more evaporation as the more dark ground is exposed and is absorbing heat instead of being covered in a white material that reflects light. This is the so-called albedo effect, which we are also seeing unfolding in the Arctic. In addition, warmer earth results in higher levels of evaporation and therefore less water in the river.

To determine what all this means for the future of the Colorado River, Milly and Dunne looked at various climate models that predicted future warming. They discovered that scenarios would vary depending on how much and how fast emissions are reduced.

The most pessimistic scenario, the ‘business as usual scenario’, predicted that the river’s levels would drop 19-31% by 2065. Under a more optimistic scenario, it would decline by only14-26%. The researchers noted that even though more water was to fall as rain instead of snow, it would unlikely be enough to counter this decline.

Discounting this recent research, scientists have been unable to explain why the river has declined so severely.

While the Democratic nominees disagree on how to tackle the climate crisis, they all agree it is a serious and urgent issue. Donald Trump, who this year will campaign for a second term, does not think taking action on climate change is a priority and if re-elected he will pull the US out of the Paris Agreement.

Categories: climate change, science, US, US 2020 Election, US politics