Analysis: Is Germany really the green leader it pretends to be? 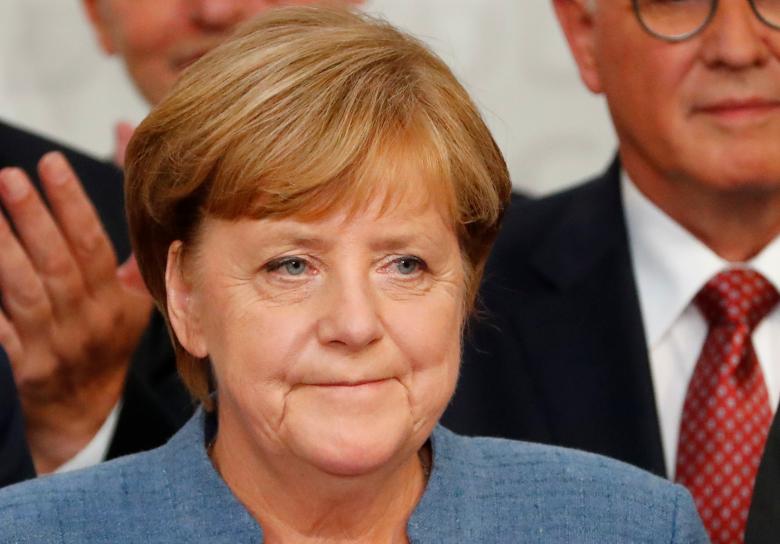 The head of Government in Germany will, again, for the next four years be Angela Merkel after she and her party, the Christian Democrats, cruised to victory in the German general election on the 24 September 2017, convincingly beating Martin Schulz’s Social Democrats. She will now assume her fourth term in office.

The general consensus about Germany is, that as a nation it is a green leader on the national and the international stage. Mrs Merkel has time after time called for action on climate change, and many commentators, activists and green groups have heralded her as a leader where other countries have failed.

And taking a trip up and down the country, you will be confirmed in that fact, as you will see solar and wind farms popping up all over the place. But while people embrace Germany as the green darling, and also raise their anger against the UK, for instance, for not doing enough on climate change, the hard facts and stats tell a different story.

Nuclear is going, but coal is not

Most countries within the EU report drops in emissions year on year, even in the UK. And most countries have declared war on coal, but Germany has not. Following the Fukushima nuclear accident in 2011, Germany made a decision to rapidly shut down its nuclear energy capacity. Since then the demand for coal has surged. There is now more coal mining within Germany, and more importing of this dirtiest of energy sources particularly from Poland. This in return gives this neighboring country a case for continuing coal mining (Poland is one of the EU countries relying most on coal). And last year Germany’s carbon emissions rose again, precisely for that reason. On top of that, a new study predicts that Germany will miss EU’s 2020 renewable energy target.

While renewables do contribute a high share in their energy mix at 29%, so does coal at nearly 40%. And 23% are from the dirtiest of coal sources which are lignite coal. Nuclear power accounts for 13%. And natural gas, the fossil fuel with the lowest carbon footprint, contributes just 12%.

In Germany, Mrs Merkel has consistently been standing up for the coal industry.

But numbers from Germany’s neighboring countries and close allies tell a different story. France gets less than 1% of its power from coal, with the majority coming from nuclear. The irony here is that as Germany closes down its nuclear power plants, it imports more and more nuclear power from France. Denmark has pledged to shut its last coal power plant by 2023, and the UK by 2025. Even today the UK’s coal capacity is below 10% and it experiences many days where no coal is being burned at all. Most of UK’s and Denmark’s power plants have switched or are in the process of switching from coal to biomass, and offshore wind is increasingly replacing that capacity.

When it comes to greening the car market, Germany under Mrs Merkel has also performed below par. Germany has the biggest car market in Europe, with Volkswagen and BMW being household names and key companies in the country. To protect those industries the German government has flexed its muscles in EU and has lobbied against increasing the efficiency of cars and against tough CO2 emissions targets. They have also failed to positively back the electric car industry.

Therefore it is no surprise that Germany is not even to be found in top 10 on electric car ownership in Europe. Most EU countries have pledged to move away from diesel because of air quality concerns. The German Chancellor makes no such promise, knowing full well that such a statement would upset Volkswagen. Instead, she defends Diesel and says she will use all her power to prevent German cities from banning Diesel cars.

What does the future have in store?

One cannot expect things to be very different in her fourth term. Regardless of which party will be her coalition partner, Mrs Merkel will no doubt continue to phase out nuclear. This is inevitable, and even Martin Schulz would have gone down that route.

But the German electric car market will continue to grow, and in the next four years, Germany will almost certainly move up the leadership table. This is for the simple reason that the country’s two biggest carmakers, Volkswagen and BMW, are introducing more electric models in coming years.

Also, if the Greens get to play a leading role in her government, they may very likely force her to go to war against coal.