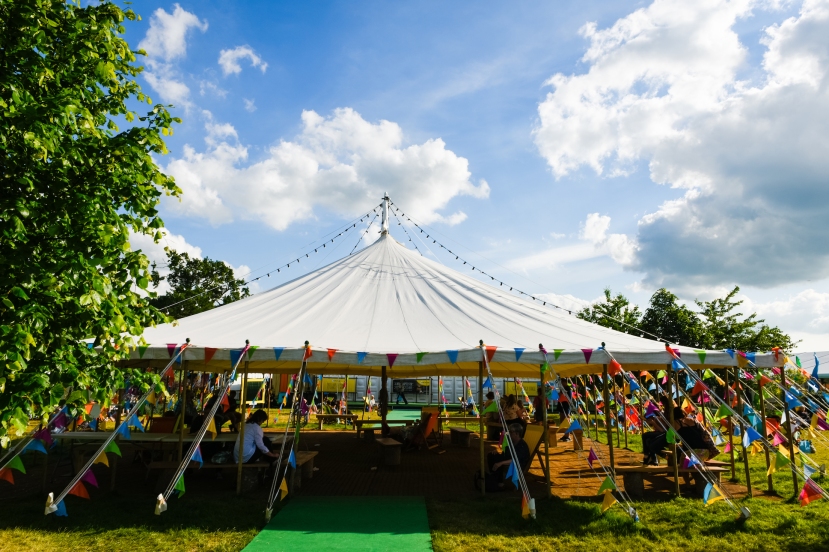 What is a store at Hay Festival this year if you’re a green geek? Photo credit: Hay Festival.

If you care about the world’s resolve to tackle climate change and about other green issues, you might want to consider heading to the Hay Festival, Wales this year, which runs from the 24th of May to the 3rd of June

Wait, I hear you asking, how can surrounding oneself with bookworms have anything to do with green issues?

Well, if last year’s festival is anything to go by, many sorts of green leaders, readers and writers took part. For example, Juliet Davenport, founder of the green electricity company Good Energy, attended, sponsored one of the green stages, and also took part in talks, discussions, and debates. She told me she is very keen to explore how we can connect the art world with climate change.

A snapshot of interesting people in the movement who took part also included people like Andrew Simms, the author, and campaigner who discussed how we can use storytelling to bring climate change closer to our hearts. And we shouldn’t forget George Marshall who discussed the psychology of climate change, and explored provoking issues like why people are so disconnected from the problem? Even the comedian, Andy Parsons, reflected on issues around climate change and fracking in his session.

A festival that puts sustainability at the centre stage

This year at Hay

And this year it does not look like there will be less focus on sustainability, quite the contrary.

Several initiatives explore such topics. Hay on Earth looks at innovations in sustainability and the future of farming. This year, the controversial figure, UK’s Environment Secretary, Michael Gove, will, with Rosie Boycott, discuss the Future of Farming and Food. He will also be expected to address the environmental challenges in the UK, and will undoubtedly touch on many of the initiatives in the Governments 25-year plan for the environment, many of which have been welcomed. As one of the architects of Brexit, Michael Gove is likely also to mention how that affects a green agenda –he has touched on the subject recently. 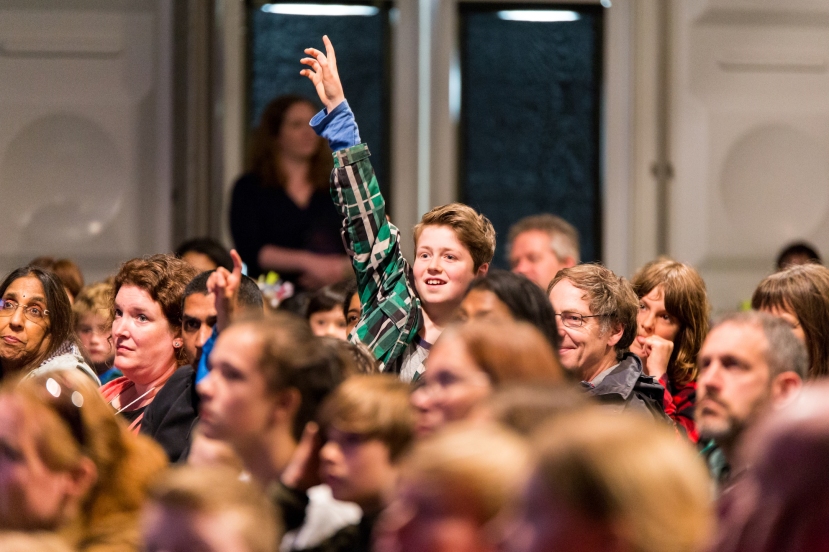 Young, as well as old, engage in Hay Festival’s diverse and many talks and debates. Photo credit: Hay Festival.

The future of food will also be on the cards, with several thought-provoking discussions. How do we feed a world population of nine billion? That subject will be discussed by Denis Murphy, Helen Woodfield, and Graham Brookes. And in What’s the Beef with Meat, Dan Saladino, Louise Gray, Joanna Blythman and Peter Greign discuss meat production, how to curtail our consumption and can eating meat ever be sustainable?

Leading nicely on from this is the subject of Culture Grown Lab Meat, where Andy Fryers will discuss with Dan Crossley and Alexandra Sexton whether we could continue to satisfy our taste for meat by growing it in labs, and thus avoid the environmental damage. But is this actually possible, and what about the ethics? Environmentalists have long battled GMO’s. But in Seeds of Science – Why I Got it so Wrong on GMO’s, Mark Lynas describes why he and large parts of the environmental movement got it wrong.

The cost of clean energy technologies like solar and wind has come down rapidly in recent years. But there’s still a lot of debate on how best to make use of them. In Small is Beautiful… Or is it Anymore? Kevin McCloud, Solitaire Townsend, and Juliet Davenport discuss what it will mean for our homes to be roofed with solar panels. And with the advance of home energy storage, it is only a matter of time. Isn’t it?

Deforestation is one of the environmental challenges we have not yet grasped. Trees are still being logged on an industrial scale. But as the population continues to grow and our demand for resources increases, how can we overcome this problem? In Rainforest: Dispatches from Earth’s Most Vital Frontlines, Tony Juniper sheds light on the subject and is optimistic about what is being done now and what can be done in the future to protect the world’s rainforests – the lungs of our planet.

The environmental movement is still very narrow and has been defined as white and middle class. And it is often argued that it does not address the different classes and demographics of society. In Do you have to be White and Well-off to be Green? Sarah Corbett, Mya-Rose Craig, Wilfred Emmanuel-Jones, Jonathon Porritt and Martin Wright discuss how the movement could be broadened. They look towards the developing world where the story is somewhat different, as going green has been necessary. But to deal effectively with the sustainability challenges the world faces today, the whole world needs to adopt a greener worldview.

Also at Hay this year is the launch of Trans.MISSION, a new collaboration between Hay Festival and the Natural Environment Research Council (NERC). It sees three leading environmental scientists paired with three artists, to communicate cutting-edge science to new audiences through new methods.

The resulting work will be premiered in events featuring the pairs throughout the Festival programme:

This is just a snapshot of some of the many sustainability-related events taking place at Hay this year. Sustainability is also knocking on the door of several other non-sustainability focused events during the festival – proving the mainstream appeals it has.

Tickets are selling out fast, make sure you don’t miss out and book here.