Opinion: Forget WW3. Let’s have a kick-about instead

Amidst the apparent threat of WWIII, with the slinging of insults between the White House and the Kremlin threatening to escalate into the slinging of cruise missiles, it can be hard to recall that Russia is due to host a major international tournament this summer: the 2018 World Cup. It can also be hard to care – especially as, for many, coverage of the tournament will be an irritating distraction from the ‘real news’: such as the imminent possibility of a Russian-Nato conflict. However, as this blog has argued previously in regards to the Winter Olympics, international tournaments are about far more than sport. They are games of geopolitics and propaganda as much athletic prowess and this year’s World Cup promises to be especially interesting in this regard, as it could mark a turning point in Russia’s relations with the West – or their utter collapse.

The former is more likely. Not least because the World Cup is an excellent opportunity to brush aside Russia’s unfortunate reputation for human rights abuse, cronyism, and authoritarian rule, and instead focus what makes it a modern, forward-thinking country. And these days, a major part of that image projection involves what might be politely termed, ‘Corporate Social Responsibility’ or CSR. Less politely, it’s known as ‘green-washing’.

FIFA’s official messaging, for instance, is so green, it’s enough to turn the stomach. In June last year, they released a sixteen-page white paper entitled, ‘A More Sustainable FIFA World Cup’. The qualifier in the title – why not ‘A Sustainable FIFA World Cup’? – reveals a lot about the document. Long on rhetoric and short on concrete action, it is a masterpiece of corporate double-speak. On its opening page, it emphasises FIFA’s commitment to ensuring that ‘the planning and delivery of [the World Cup] lessen the negative and enhances the positive impacts of the event on people, the economy and the environment’.

FIFA’s official messaging is so green, it’s enough to turn the stomach.

Fair enough, you might think. However, look closer at the language and a different picture emerges phrases like ‘lessens the negative and enhances the positive impacts’ are not only poorly phrased – they are consciously so. As is common with these kinds of CSR documents, the language looks good on paper, but in practice means very little. FIFA’s aims for sustainability at the World Cup are laudable – green building standards, ethical business practice, inclusivity and equality – but that, so far, is apparently all they are. None have materialised in any meaningful way, and with the opening ceremony drawing ever closer, it seems unlikely they ever will.

In fact, the only piece of evidence that this blog could find which suggested that these aims had been put into practice concerned green building standards – and that was a press release (PR) from FIFA headquarters. Released in April last year, this PR again highlighted how sloppy use of language allows bodies like FIFA to duck their environmental responsibilities. The title, as usual, promised much: ‘Russia 2018 stadiums to be more sustainable and green’. However, predictably, the body of the article did little to substantiate that promise: ‘the 2018 LOC (Local Organisation Committee) hosted a workshop on current practices of green building standards’. Workshops are an important start, but they have little enforceability or accountability to ensure that the ‘green building standards’ discussed are followed. Words and workshops do not a ‘green cup’ make.

We’ve been here before. The 2014 Brazilian World Cup was supposed to be the ‘Copa Verde’, the green cup. And yet, as an article in Scientific American identifies, that cup ‘failed to score its environmental goals’ – it released 2.72 million tons of carbon dioxide into the Earth’s atmosphere, the equivalent of the emissions produced by 560,000 cars in a year. Significantly, that also marked an increase of more than 1 million tons over the amount produced by the previous 2010 World Cup. As the need for emissions reduction and climate action grows ever more pressing, major sporting events, it seems, are getting dirtier.

As the need for emissions reduction and climate action grows ever more pressing, major sporting events, it seems, are getting dirtier.

Jay Coakley, professor emeritus of sociology at the University of Colorado, commented of the 2014 World Cup, ‘the forms of development that have occurred in Brazil in connection with the World Cup and the Olympic Games are not what most people would describe as sustainable in physical or social terms’. He was not alone in this gloomy assessment. Graeme Hayes, professor of politics and sociology at Aston University, Birmingham, the UK, highlighted similar concerns with the social and environmental legacy of the 2012 London Olympics, ‘you look at London and what’s changed? The results are negligible’. It remains to be seen whether the 2018 Russian World Cup reverses this trend. The outlook, though, so far looks grim. 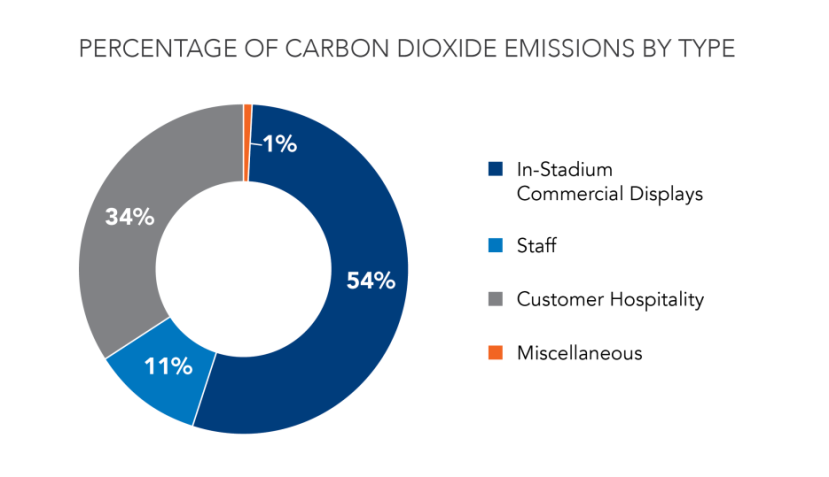 The ambiguous environmental legacy and impact of major international tournaments has been covered before on this blog, but in the case of the Russian World Cup, the issue is particularly sensitive. That is because the Russian state, and, in particular, the ruling cabal of Putin and his cronies, is inextricably bound up in the oil, gas and coal industries. Though ostensibly a participatory democracy, the Russian state now more closely resembles a vision of petro-feudalism. Putin is the strong-man monarch at the top, and he maintains a network of allegiance to his rule by handing out state industries – like energy companies – to friends and supporters as though they were personal gifts.

This model of rule has been in ascendance since the collapse of the Soviet Union in the 1990s when Putin and his faction began to carve out and consolidate power by monopolising profitable industries, the most prized of which were the energy companies. It is a system that has proved remarkably enduring, weathering mass protests, international condemnation of human rights abuses, sanctions and now, thanks to Trump, the threat of outright war. 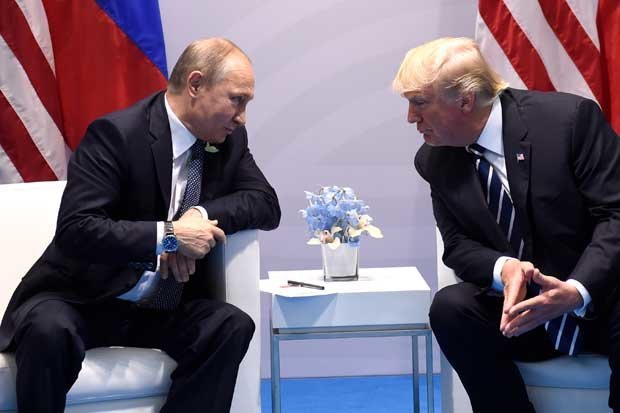 You show me your emissions targets, and I’ll show you mine… (Credit: Daily Star)

However, as a recent Economist analysis pointed out, in a rapidly de-carbonifying world, where the political and economic pressure is increasingly behind electrification and carbon-neutral technologies, Putin’s oil-dependent rule looks shaky. This may not be immediately apparent from the polls: in the recent presidential election, Putin was returned to power with 76.7% of the vote – his greatest margin of victory yet. The election, though, was marred by allegations of intimidation and widespread electoral fraud. It was also predictable: Alexei Navalny, the charismatic leader of the only credible opposition movement, was barred from standing and urged his supporters to boycott the election.

Seen in this light, the contest more closely resembled a coronation than the rumbustious uncertainty of genuine democracy. This will be Putin’s last five-year term, though, and unless he performs another switcheroo – as in 2008-2012 when he briefly stepped behind the throne and allowed Dmitry Medvedev to assume power – or seeks to amend the constitution to permit longer than five-year terms –  as Xi Jinping, the Chinese president has just done – it will mark the transition period to a post-Putin Russia. It will also possibly mark the beginning of the peak-fossil fuel era during which countries scramble to rid themselves of hydrocarbons and set ambitious emissions targets to try and meet the terms of the Paris Climate Treaty. You couldn’t exactly correlate between Putin’s grip on power and the declining price of oil-per-barrel, but the two are indisputably entwined. Putin’s autocracy faces a perfect storm of circumstances in the coming years.

You couldn’t exactly correlate between Putin’s grip on power and the declining price of oil-per-barrel, but the two are indisputably entwined.

The 2018 World Cup seems to have come at the best of times and at the worst of times for the Russian State. Positives for Putin include the climate of rhetoric and corporate ‘green-washing’ that still, regrettably, clings to these kinds of events. This means that he can pay lip service to environmental and ethical demands, whilst perpetuating the status quo of using contracts as political favours, rather than judging them on their social or environmental impacts.

However, the climate of saying much but doing little, at last, appears to be changing: a generation has now come of age in Putin’s Russia who have never known anything other than his rule. This generation is cosmopolitan and savvy. Internationalist in outlook, it regularly looks to the pointers on fashion and politics, including a nascent awareness of green issues and advocacy. It is unafraid to get behind causes and bring pressure to bear on the government to change their environmental disregard. And, as Putin and his cronies push towards retirement age – and hydrocarbon-based system through which they maintain power begins to look increasingly outdated – it is this new generation that will begin to assume positions of real authority. The winds of change are coming to Russia. It may just be the ‘green-washed’ 2018 World Cup that starts them blowing.