Can a nation, or indeed the world, bring its greenhouse gas emissions down to zero?

In little over a month’s time, this is going to become the central question in climate change. 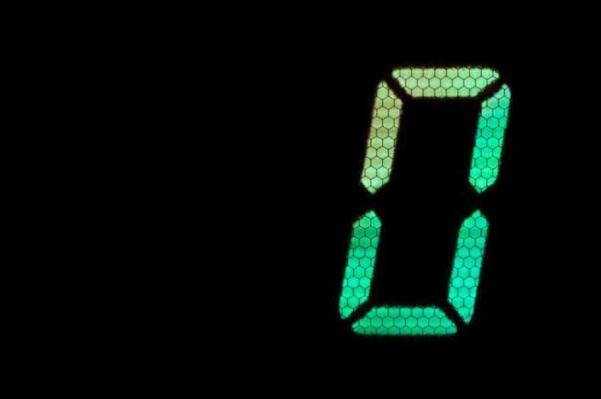 What are the implications of reducing emissions to net zero? Image credit: Wintertwined, creative commons licence.

Science is very clear that stabilising global warming at any level – stopping the progression of climate change – means ending emissions, not just reducing them.

But by when, and how? The overall target of governments is to deliver the targets in the Paris Agreement – to keep global warming ‘well below’ 2 degrees Celsius and attempt to keep it to 1.5C. But what does that mean in practice?

The knowns and the unknowns will be revealed on 8th October, when the Intergovernmental Panel on Climate Change (IPCC) publishes its Special Report on the 1.5ºC target.

Governments commissioned this report at the Paris Summit in 2015. The rationale was that until that point, scientific and technical analysis based on the 1.5ºC target was sparse; the agreed political target had always been 2ºC, and so this was where academics had focussed their attention. Since then, scientists, economists and the technical experts who map possible emissions reduction pathways for various industries have been getting to work – and the IPCC report will be the distillation of their endeavours.

The report will take us through the rationale for keeping global warming to 1.5ºC rather than 2ºC, highlighting the differences we can expect between climate change impacts at those two levels. It will attempt to put costs on impacts where that’s feasible, in both human and economic terms. It will also look at what’s needed in order to achieve the 1.5ºC target.

Judging by leaks of earlier versions of the report, by the science that’s been published and by conversations with researchers involved, it looks like the IPCC’s central message will be that governments will need to bring carbon emissions to net zero around mid-century in order to stand a reasonable chance of keeping global warming to 1.5ºC.

And there is obviously a whole heap of other questions:

It’s worth pointing out that all governments have already accepted the imperative for getting to net zero. They all endorsed the last IPCC report in 2014 which contained the rationale, and all signed the Paris Agreement which commits to net zero ‘in the second half of the century’. What the 1.5ºC target does is accelerate the timescale.

The UK in pole position

These questions are relevant to all countries given that the target is due to be global net zero. But none more so than the UK.

The UK has already made substantial progress on decarbonisation, having cut emissions by more than 40% since 1990 while posting 70% economic growth – on a per-capita basis, leading the G7 on both measures.

In the Climate Change Act, which celebrates its 10th birthday in November, it has one of the most comprehensive legal and governance regimes for decarbonisation – prompting the question of how a net zero target and strategy can best be accommodated within it.

Most importantly, the government has already committed in principle to setting a net zero target. As The Telegraph reported in April:

‘Claire Perry, the minister for energy and clean growth, told delegates of the Commonwealth Heads of Government Meeting that Britain would call on its official climate watchdog to lay out a route for tighter carbon controls in a move towards a net zero emissions economy.’

Heavy industry and the net-zero economy. well over 125 MPs from all the main political parties have already signed a letter to the Prime Minister calling for a net zero target before 2050. Part of their rationale, bolstered by the UK’s success in decarbonising efficiently so far, is that if the world is heading in a clean energy direction, why not lead that transition and reap the economic benefits? Another factor is substantial public backing, with nearly two-thirds of the population wanting the UK to cut its emissions to zero within a few decades.

So – October is when net zero starts to get real.

Because the net-zero story has more ingredients than a Bake Off showstopper, we’ve spent a bit of time putting together some briefings on the key issues. They live here.

We’ll be rolling the remainder out onto the ECIU website in the next couple of weeks, looking at decarbonisation in other areas such as agriculture and aviation. They’re partly focussed on the UK, but have equal applicability elsewhere given that if governments are serious about delivering on the Paris Agreement, they’re all going to face the same questions.

A couple of nations are a little further down the road. Sweden has already committed in law to reach net zero emissions by 2045 and has therefore already done a lot of the technical work needed to know it’s achievable. New Zealand is going through that process right now. The European Commission is embarking down a similar road.

In the UK, the Committee on Climate Change, the statutory advisor, has already said that as things stand it’s technically feasible to reduce emissions by 90%. And the Royal Society and Royal Academy of Engineering recently concluded that it’s feasible for the UK to achieve a net zero economy by mid-century.

The government is set to ask the Committee in October to issue new formal advice in the light of the IPCC report. Many other governments will be doing the same. And that’s when the net-zero conversation will start getting very crunchy indeed.

Richard Black is the Director of the Energy & Climate Intelligence Unit (ECIU).