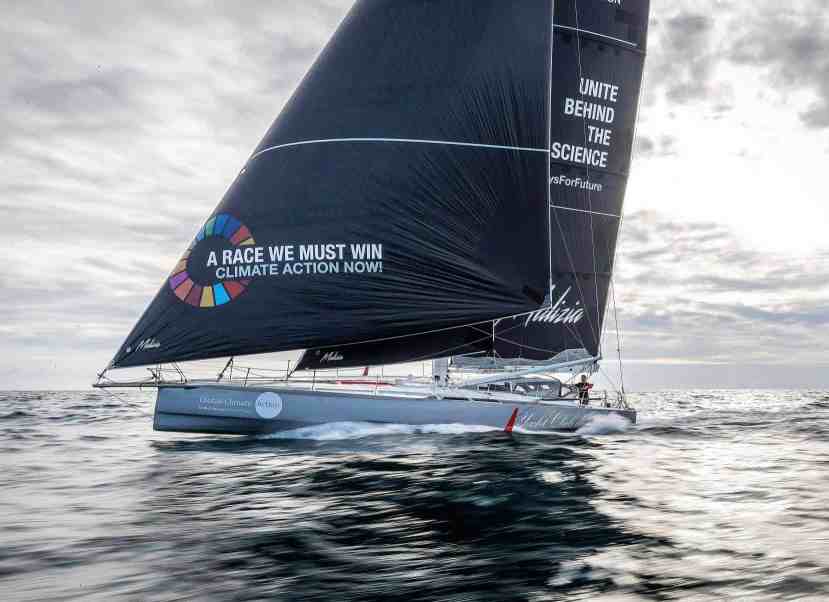 The Swedish teen climate activist, Greta Thunberg, has generated a lot of debate about not wanting to fly due to climate concerns. And thus she is now travelling across the Atlantic in a zero-emission sailing yacht in order to attend climate conferences in the US and Chile in having been invited by the innovators Team Malizia. People are split into two camps about her. They are either praising Thunberg for her bravery and commitment, or they’re fiercely criticising her.

But few have focused on the cleantech innovation which makes such a journey possible which is now being broadcast to the world.

Torqeedo, a technology company which specialises in producing electric motors for the boating industry, is supporting Team Malizia by providing electric port and harbour support vessels on both sides of the pond. 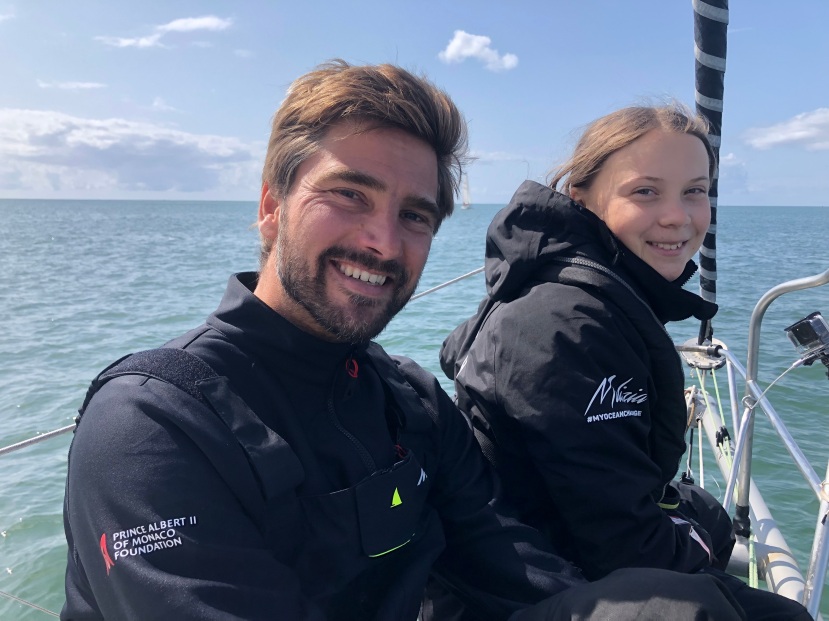 On Wednesday 14th August Team Malizia, skippered by Pierre Casiraghi and Boris Herrmann, left Plymouth in the UK and set sail for New York City with Greta Thunberg onboard. She was hoping for calm weather but also prepared to be seasick.

We are on our way!
Leaving Plymouth and heading for New York. Follow our journey here https://t.co/qJn5ShWQbB pic.twitter.com/U2Lbv3Xgzs

Malizia II displays the latest innovations in electric boating. The high-tech foiling sailboat is equipped with solar panels and underwater turbines to generate electricity during the journey (the onboard engine will only be used in emergencies). Torqeedo-powered electric boats assist Team Malizia with docking, towing, passenger transport and general harbour support that would typically be provided by combustion-powered boats. Switching to electric drives reduces CO2 by up to 95%.

Atmosfair is a non-profit organisation which specialises in carbon offsets for trips made by airlines. Atmosfair has estimated that a round trip between the UK and New York by plane contributes approximately 3.4 metric tons of CO2 to the atmosphere, per passenger. According to Eurostat, the EU’s statistical body, that’s almost 50% of the average yearly carbon footprint per person in the EU (7.2 tons).

But just switching from air to sea travel will not on its own reduce emissions. While avoiding air travel is a powerful way to do so, marine combustion engines also emit high levels of nitrogen oxides, sulphur oxides and particulates. Driving a boat powered by a single 80-horsepower outboard for one hour emits pollution equivalent to more than 350 automobiles driving at highway speed for the same amount of time.

According to Torqeedo each day up to 2,500 planes flies across the Atlantic. The zero-emission transatlantic crossing could help to change our perspective on when air travel really is necessary, and which options are technologically feasible.

Pierre Casiraghi, the founder of Team Malizia and co-skipper, said about the journey: “Convincing governments and international institutions to enforce laws that will protect mankind and biodiversity is of the utmost importance for the future of humanity. Team Malizia and I are proud to take Greta across the Atlantic in this challenging mode of transport. Unfortunately, sailing is still the only way to do so without fossil fuel emissions. Hopefully, this will change in the near future.” Team Mazilia’s objective for this journey is to demonstrate that it is indeed possible to switch to climate-neutral mobility. The challenge might still be substantial, but the technology exists and is maturing every year.

The CEO and co-founder of Torqeedo, Dr Christoph Ballin added: “We strongly support Team Malizia and the work they do and are thrilled to play a part in helping them complete their mission. Fighting the climate crisis requires that we all take a hard look at not only our individual choices but also at the stands we choose to take as business leaders, as politicians and as citizens. We have the technology to build better, cleaner transportation, whether it’s over land, in the air, or on the sea. It’s time we do so.”

When Team Maliza has completed the 3,000-mile trip, Greta Thunberg who is currently on a years sabbatical from school will attend UN climate summits in New York and Chile, with the latter being the UN annual climate conference COP25. She has not yet figured out how she will return back to Sweden, but she will probably not be short on offers.