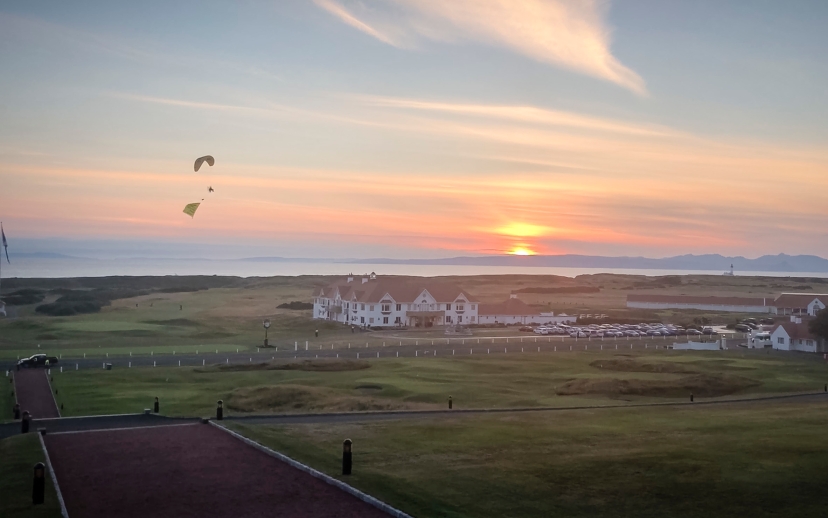 While anti-Trump protests were taking place all over the country, Greenpeace delivered a flying message to the US President Friday evening.

Never before has there been so much anger and outcry against a US President visiting the UK as there has been when Donald Trump finally made a much-debated visit to the UK on the 13th of July. A total of 80,000 people took to the streets of London to protest his arrival, their messages covering a host of issues such as immigration, sexism and climate change. 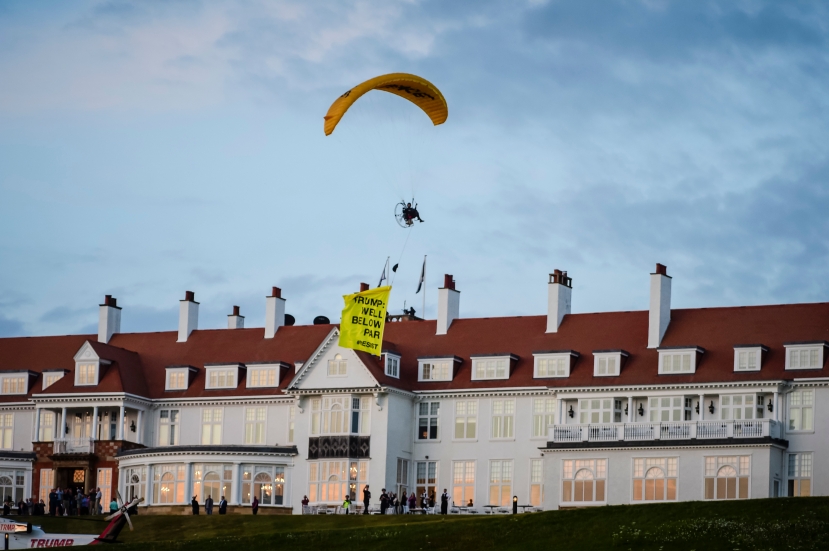 Trump’s never became the state visit once planned, with customary visits to Downing Street and Buckingham Palace shelved. And on the Friday evening as Trump had arrived at his Turnberry Golf resort, a Greenpeace activist paraglided over him displaying a banner reading ‘TRUMP: WELL BELOW PAR’.

Greenpeace’s Ben Stewart said: “Trump calls climate change a ‘con job’ and a ‘myth’. He pulled America out of the Paris climate accord, and he overturned the Obama clean power plan that would have slashed American pollution. He’s committed to burning more dirty coal, and has overturned the ban on offshore Arctic oil drilling. And that’s before you even get to talking about separating kids from their parents and caging them.”

Ben Stewart then extended his criticism to UK Prime Minister, Theresa May, for gifting Trump with a visit to the UK. He explained that the majority of people in the UK are appalled by both Trump’s actions and words and said that Trump is the worst US President ever. Stewart said it was because of these important issues that Greenpeace took action at Turnberry.

The police have since announced that a man has been arrested for ignoring the no-fly zone.

Trump has not held back in displaying his love for the Scottish countryside, and he famously tried and failed to block a wind farm near his golf course. Coincidently that wind farm was completed in May.

Trump continues to promote the idea that climate change is a conspiracy theory created by the Chinese, and is doing everything in his power to undo all of Barack Obama’s actions on climate change.